In the past we have looked at so many different Apples to Apples style party games. Being a fan of the genre I am always willing to try out a new game. The problem is that a lot of the games in this genre tend to be pretty average. They are fun to play but don’t really do anything original. When I saw Sounds Like A Plan I was excited because the game looked like it was actually doing something new with this genre of party games. The basic mechanics of Sounds Like A Plan are the same as the rest of the genre but it adds some interesting new mechanics to the formula. Sounds Like A Plan has so much going for it that it is disappointing that the game never lives up to its’ potential.

Put the gameboard and die in the middle of the table. Each player chooses a color pawn and puts it on the start space. Shuffle the To-Do List cards and place 20-30 on the gameboard. Put the advice cards in piles around the table face down so every player can reach a pile easily. Each player takes six advice cards. The player who slept the latest the day you are playing the game gets to be the first planner.

The planner flips over the top card in the To-Do pile. They will then roll the die. If they didn’t roll the wild (choosing Psychic) or the Psychic symbol they will choose one of the three items on the To-Do card to use for the round and tells the other players their choice.

All of the other players will then choose one of their advice cards that matches the planner’s choice. The type of card that a player should play depends on the roll of the die. 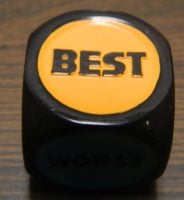 Best: Play an advice card that is the best advice for the chosen prompt. 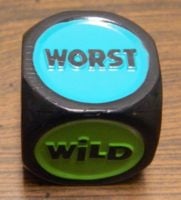 Worst: Play an advice card that is the worst for the chosen prompt. 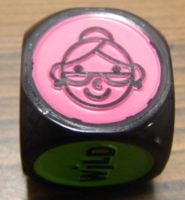 Grandma: Play an advice card that a Grandma would provide for the situation. 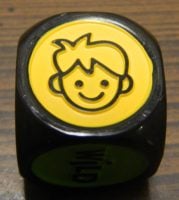 Kid: Play an advice card that a child would provide for the situation. 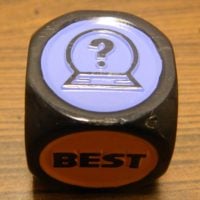 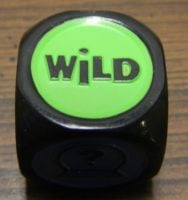 Wild: The planner gets to choose which of the above options they would like to use for the round. 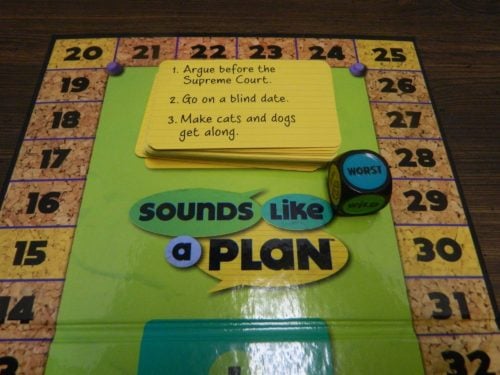 One time during the game each player can exchange as many of their cards from their hand as they want for new cards. 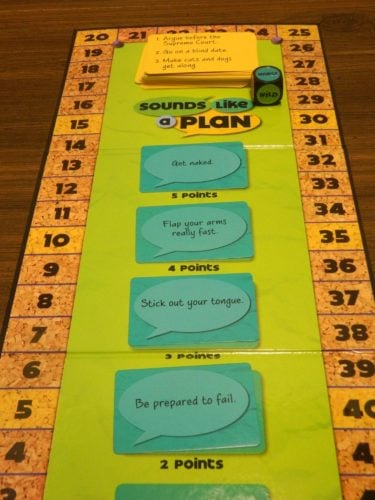 For the prompt “Argue before the Supreme Court” the players have submitted their worst advice. The judge has ranked the responses from best to worst. The players will receive points based off what answer they provided.

All cards used in the round are discarded and each player who played a card draws a new card. If no one has reached the finish line yet, the role of planner moves to the next player clockwise. 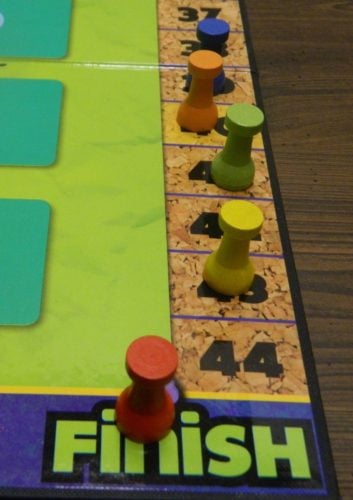 The red player has reached the finish line and has won the game.

For anyone who has played an Apples to Apples style party game before you should have a good idea of what you are going to get out of Sounds Like A Plan. One player plays as the judge each round while all of the other players play a card in response to a prompt chosen for the round. The judge then looks over the answers and rewards points based on what answer they thought was the best. This should all be pretty familiar to everyone who has played one of these type of games before. The basics of Sounds Like A Plan seem pretty generic but what is interesting about the game is what it adds to the formula.

Let’s start with the game’s premise. In Sounds Like A Plan the judge is preparing to perform some sort of action. They are asking the other players for some advice before they perform that action. While the game’s premise is kind of simple, I actually think it works quite well for one of these type of games. The idea of using randomly drawn cards to give advice to another person is a great premise for a funny party game.

Regular readers of Geeky Hobbies will know that I am a big fan of Apples to Apples style party games. While I like the genre I have to say that I have never been a fan of the scoring systems found in any of these games. One thing I don’t like about the scoring systems is that they take an all or nothing approach. In all of these games you either get a point for the best response or you get nothing. It doesn’t matter whether you had the second best answer or the worst answer. I think there should be some sort of reward for giving good answers that just weren’t considered the best. Sometimes there is one answer that is significantly better than all of the rest so the other answers might not deserve anything. Usually though the best answer is only slightly better than the second best answer. In these situations I think it is a little unfair that one player scores a point and the other doesn’t get anything.

This is one of the reasons why I was excited to try out Sounds Like A Plan since it actually rewards players who provide answers other than the one rated the best. Each answer is ranked and given a number of points based on its’ rank. For example the best answer gets five points. The second best answer gets four points and so on. I really like this mechanic since it makes the judge’s decisions less contentious as players wonder why they get nothing for their answer. I think this is a good addition to the genre and I plan on implementing it in other games from this genre.

I think this mechanic should be tweaked slightly though as it rewards worse answers too much in my opinion. Sounds Like A Plan ends up not giving a big enough reward for the best response since they only receive more more point than the second best answer. I would probably recommend giving five points for the best answer, three for the second best, and finally one point for the third best answer. I wouldn’t give points to any answer worse than third since you will then start giving points to bad answers. If you give points to the top five answers, everyone will score some points in games with less players. This means the reward the player gets for the best answer doesn’t help them that much.

The other mechanic that I found to be really interesting in Sounds Like A Plan was the idea of the dice determining how you would respond to the prompt for the round. Basically you roll the dice to determine whether you are going to give advice that is good, bad, from a child, from a Grandma, or advice for an activity that the players are unsure of. For the most part I like this mechanic because it adds some variety to the game. I liked the best and worst advice but didn’t care for the child’s advice. The two categories with the most potential though were probably the Grandma and Psychic categories. I liked these two categories since they can lead to the funniest responses in the game. Just thinking of the advice that your Grandma would give in some of the situations can be hilarious. The psychic category can be kind of dull if everyone knows what prompt you are going to pick. It can be hilarious though if everyone thought you were going to pick another prompt playing cards that are ridiculous for the prompt you actually chose.

One of my group’s favorite house rules is to include a random player in these type of games whenever possible. Basically we take a random card from the deck and add into into the responses for the round allowing the judge to pick it if it is actually the best option. I believe we first came up with the rule when we were playing Apples to Apples and have kept implementing it because it has lead to some hilarious situations. We implemented the random player in Sounds Like A Plan and it worked pretty well. The thing is if you are going to actually keep score for the random player you are going to have to take away some of the points it earns as it will score every round while all of the other players will have rounds when they are the judge and have no chance at scoring points. Taking that into account our random player ended up last in our game but it did surprisingly well. The random player provided some laughs but wasn’t as successful as it has been in other games.

The components for Sounds Like A Plan are also quite good. For these type of party games it is always a good idea to have a lot of cards. Sounds Like A Plan does not disappoint. The game has 100 prompt cards with three prompts per card. You will be able to play plenty of games before you have to worry about repeating prompts. There are also 300 advice cards so you will have plenty of options to respond to the prompts. Like most Gamewright games the component quality is quite good. The cards, pawns, dice and gameboard are sturdy and should last many games before showing signs of wear.

With so many things going for it, you are probably thinking that Sounds Like A Plan is one of the best games in this genre. Unfortunately that is not the case. I thought I was going to love Sounds Like A Plan and while it is a solid game it doesn’t distinguish itself from the other games in this genre. I think the main reason the game doesn’t live up to its’ potential is the cards themselves. The problem with the cards is that they just don’t lead to as many laughs as they should. The cards in Sounds Like A Plan can basically be separated into two groups.

The first group of cards don’t work well with most of the prompts. This is probably because these advice cards are pretty specific. Outside of the couple prompts they work well for, they end up being completely random advice. You would think the completely random answers would be funny but they aren’t. The cards themselves aren’t funny so they aren’t that funny as random advice.

The other type of cards basically work to some degree with every prompt. That is because they are pretty generic advice. They might not always win a round but they likely will get you either the second or third best answer. These cards are usually reasonable advice so they really can’t lead to laughs.

Sounds Like A Plan has so much going for it. The premise behind the game is pretty good and had the potential to lead to a lot of laughs. I think the game actually improves on the scoring system used in most of these type of games. The changing objectives of each round is also a good idea. Sounds Like A Plan had the potential to be a great party game and yet doesn’t reach that level. I think it fails to reach that potential because the cards just don’t lead to that many funny situations. 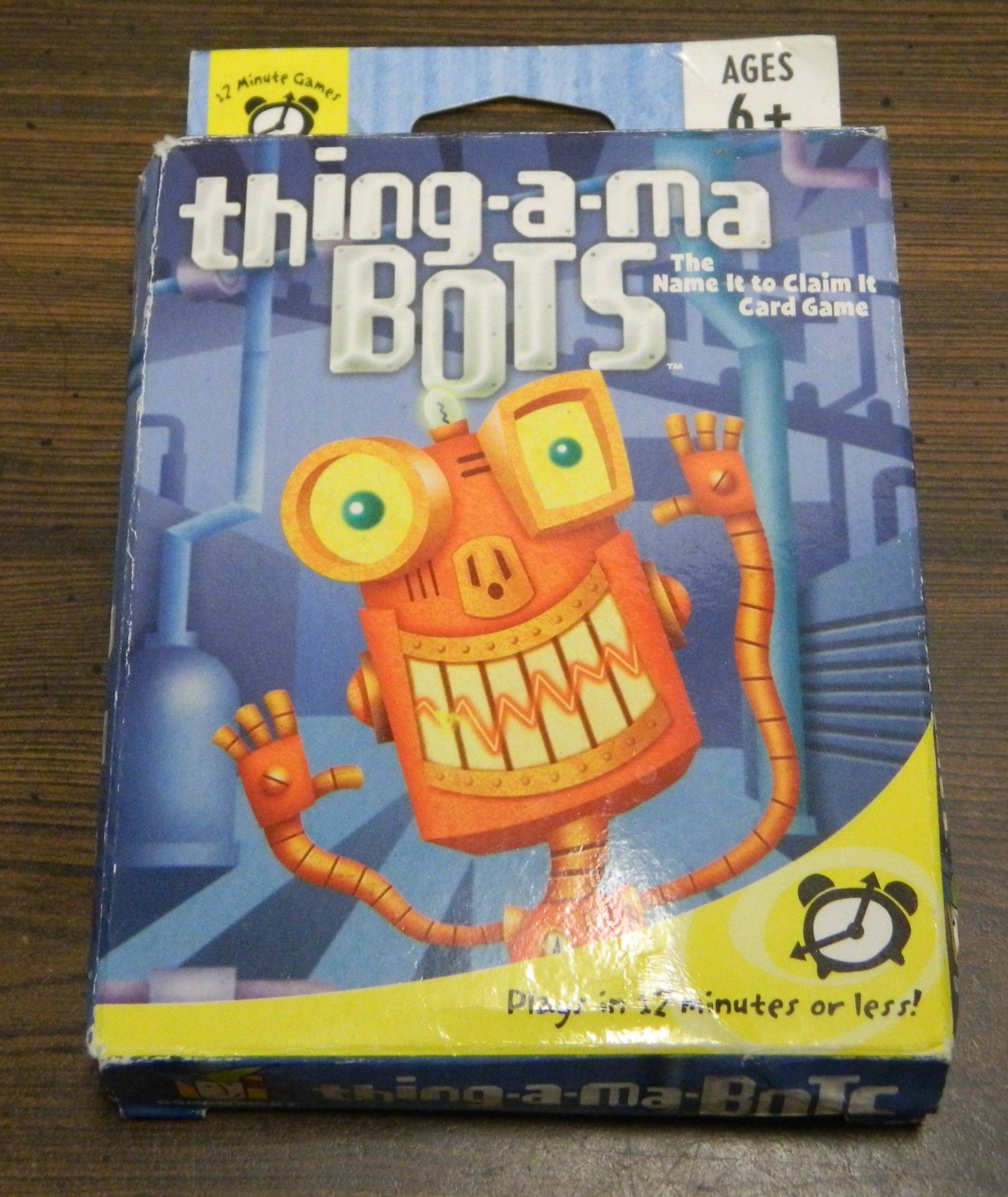 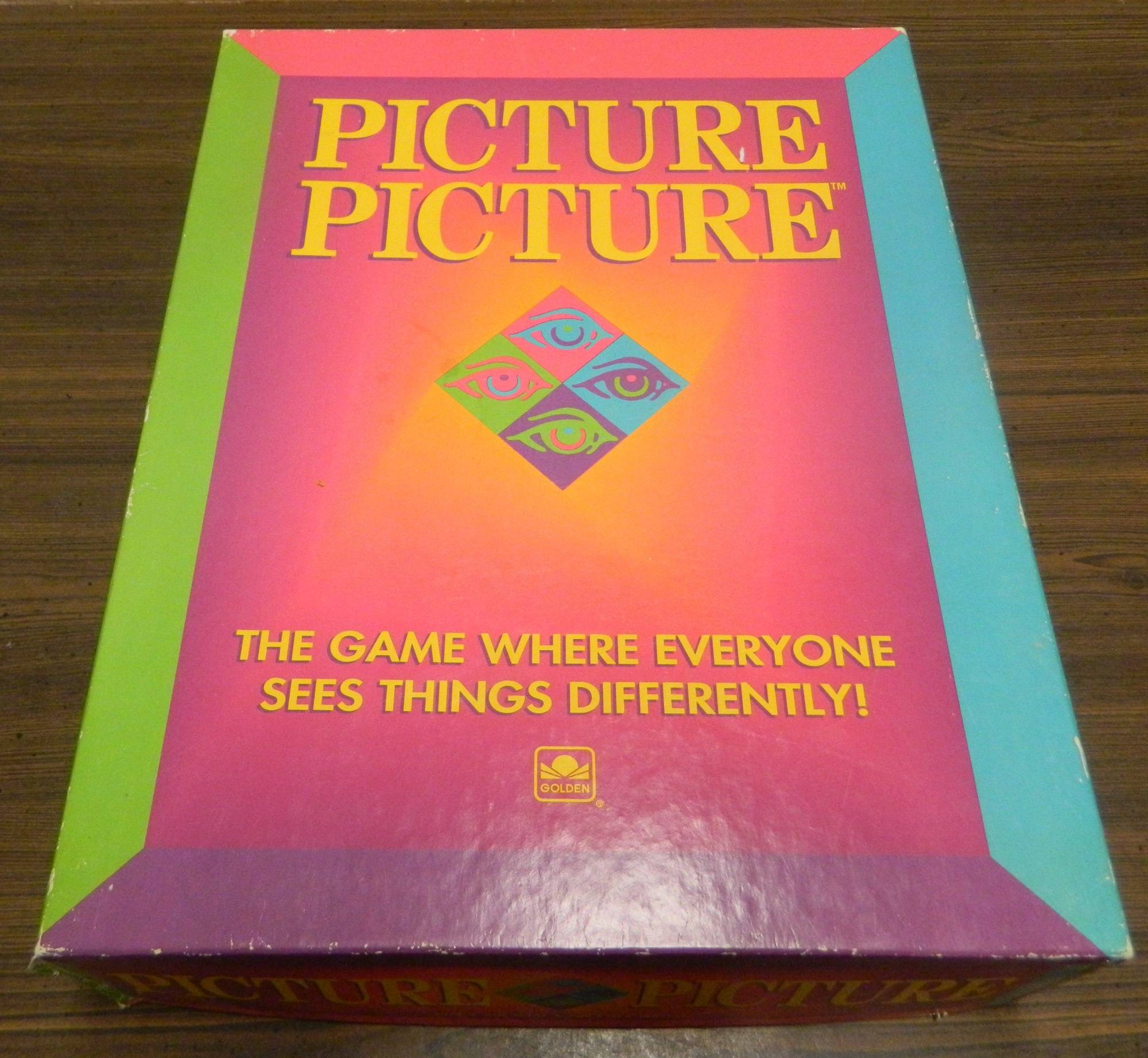 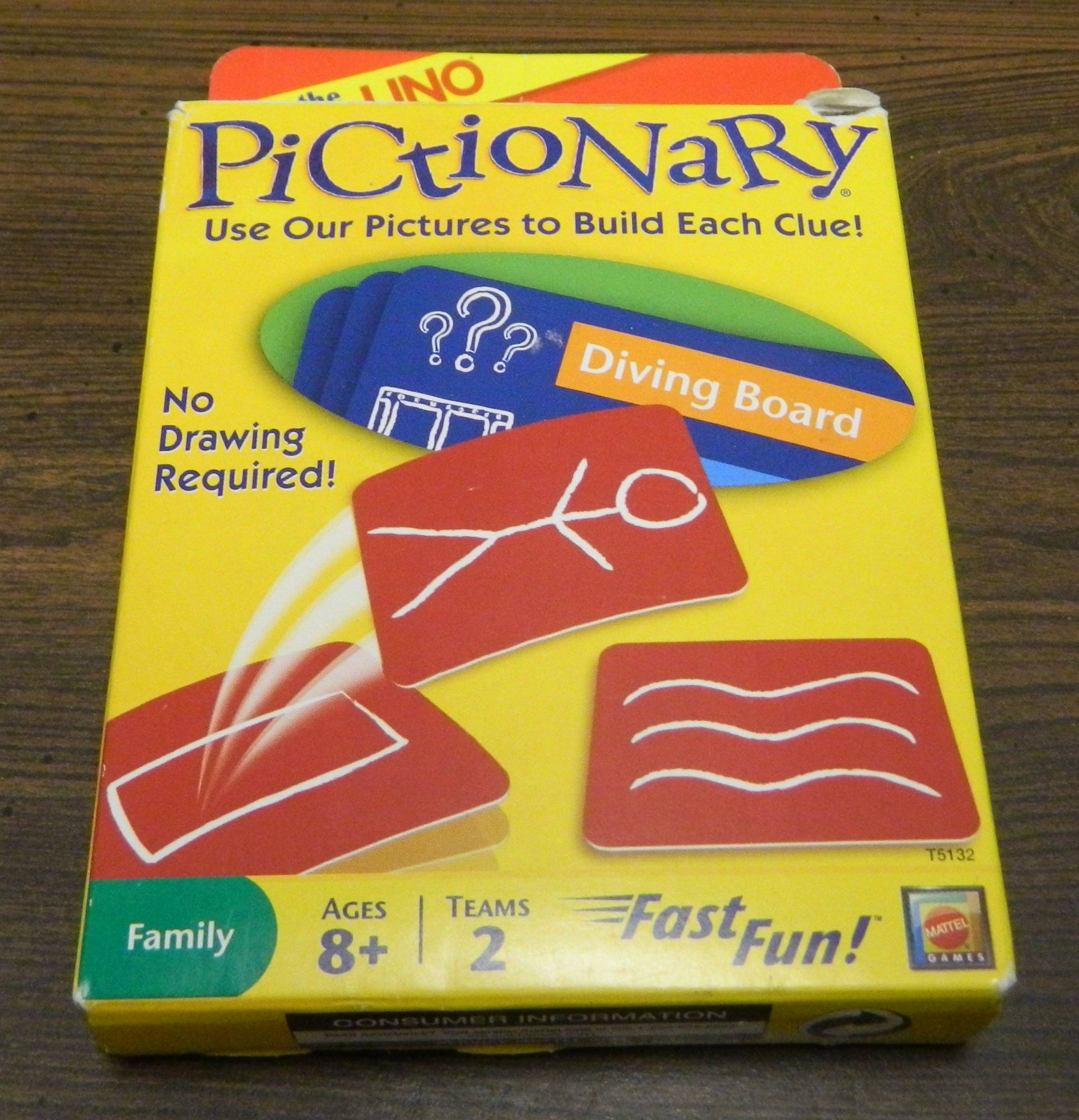 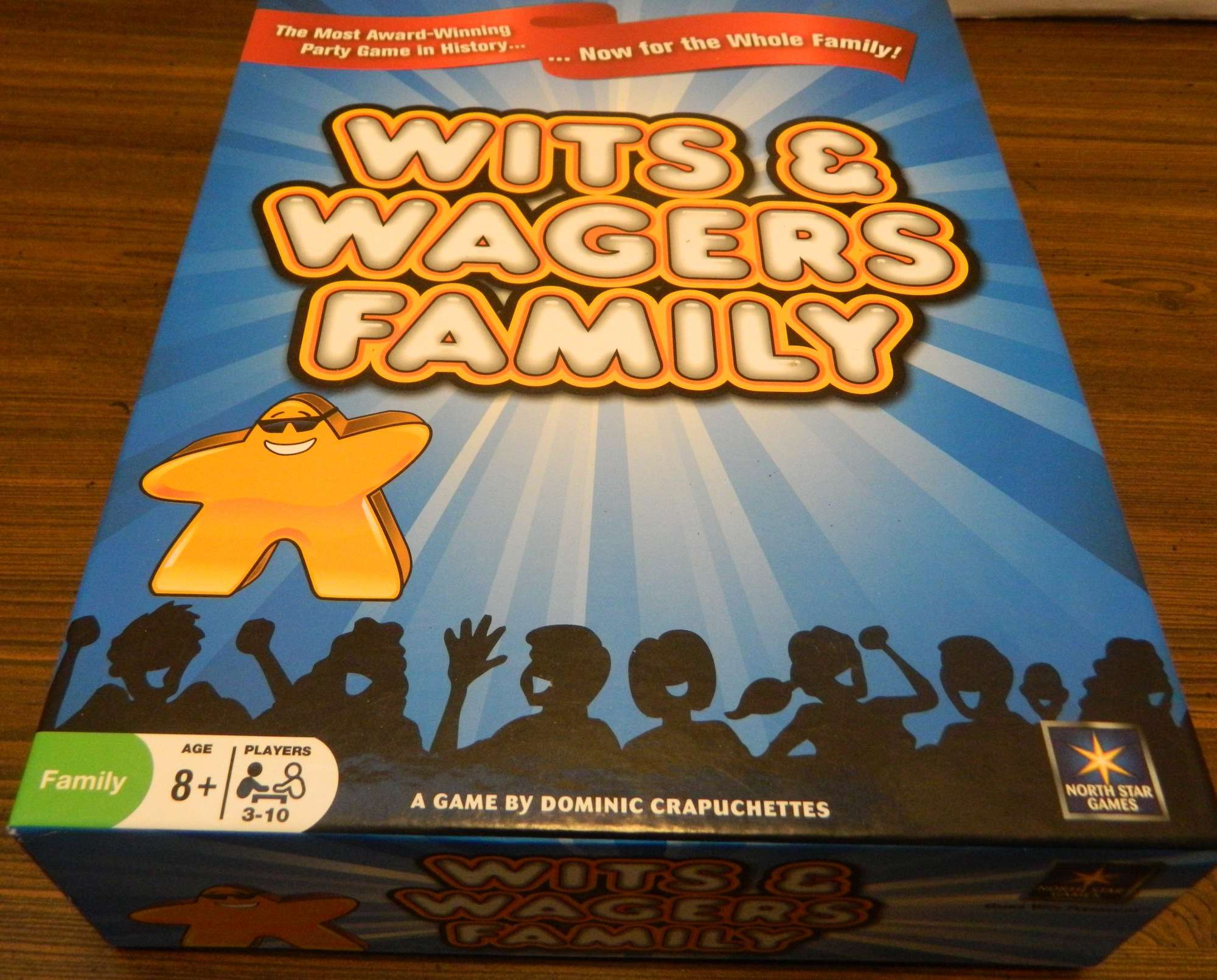 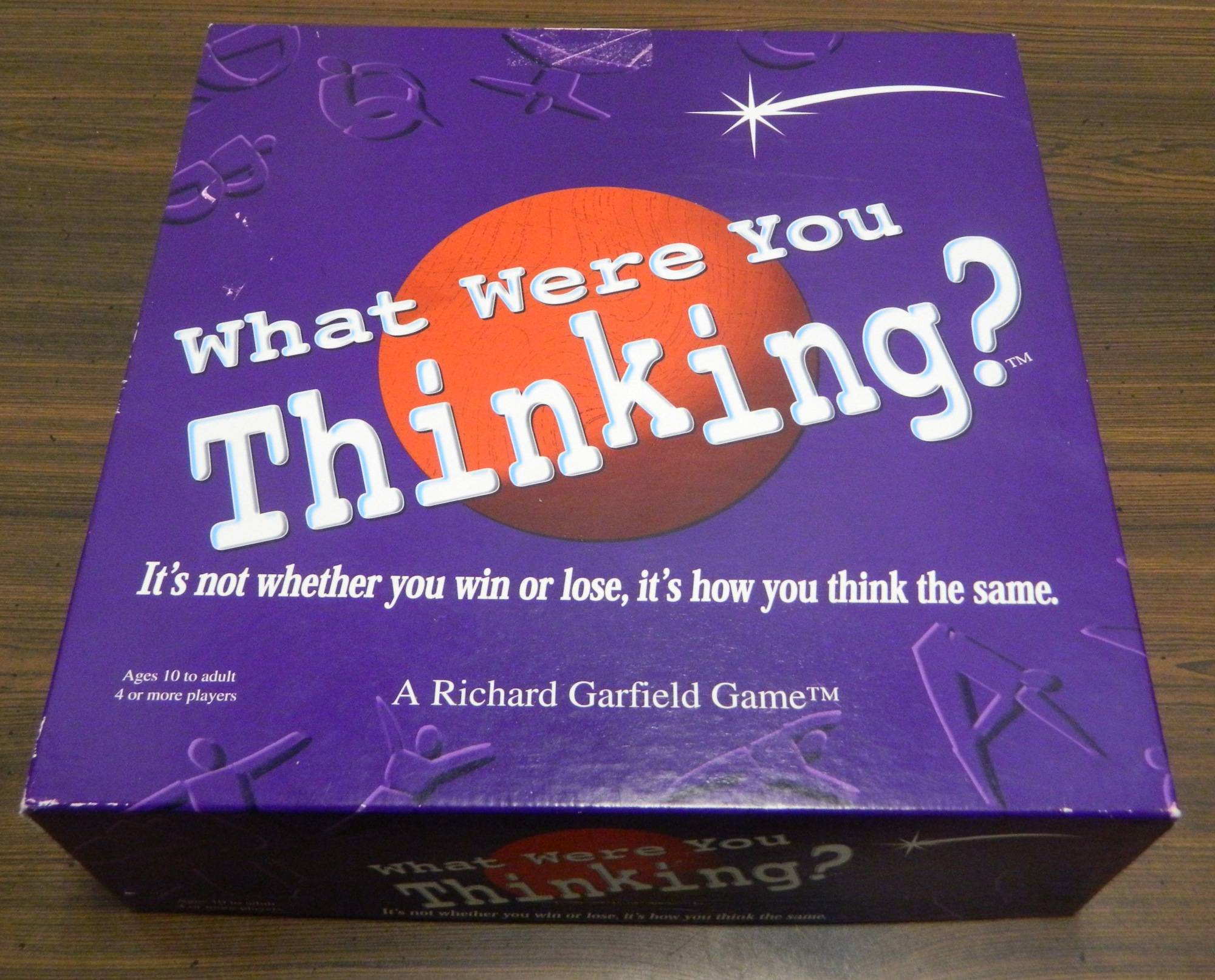