Any regular reader of Geeky Hobbies will know that I have taken a look at large majority of the UNO spinoff games released over the years. One of the UNO games that I had missed was UNO Showdown released back in 2020. An Amazon exclusive version of the game was also released under the name of UNO Showdown Supercharged which appears to only differ due to a cosmetic change to the game unit and cards. The premise behind UNO Showdown is interesting. The game basically takes the original UNO gameplay and adds in a duel-like mechanic. This intrigued me as it seemed like an interesting addition to the game. UNO Showdown is an interesting twist to the original game that actually has a decent impact on the gameplay which some people will really like and others may not.

At its most basic level UNO Showdown shares a lot in common with your typical UNO game. The main gameplay has not really changed in any significant way. You are still playing cards from your hand that either match the color, number or symbol of the last played card. The ultimate goal of the game is to get rid of all of the cards from your hand. Where the game mostly differs is the addition of the Showdown mechanic. When a card is played with the corresponding symbol, two players will face off in a duel. Cards are inserted into the game unit and sounds begins to play. When the sound stops and the light turns green, both players race to press their paddle first. Whoever presses it slower will have to add all of the cards that were launched from the game unit to their hand.

If you would like to see the complete rules/instructions for the game, check out our UNO Showdown how to play guide.

I would say that a majority of UNO Showdown plays quite similar to the original UNO and many of its spinoff games. With how many different UNO games that I have reviewed here on Geeky Hobbies, I have went over my thoughts of the basic gameplay many different times on this site. Because of this most of this review will focus on the new elements that UNO Showdown adds to the formula. Before I get to that though, I will quickly summarize my feelings about the main UNO gameplay which naturally applies to UNO Showdown as well.

A lot of people have wildly different opinions on UNO. Some people love the game, and others hate it. I can honestly see both sides as UNO does some things well and other things not so well.

The game was designed to be a simple card game that you don’t have to put too much though into. This perfectly encapsulates what it feels like playing UNO Showdown. Like every other UNO game, it is really easy to play where you can teach the game to new players within minutes. If they are at all familiar with UNO, it should take even less time as you only have to worry about teaching them the Showdown mechanics. This simplicity makes UNO Showdown the type of game that you can just sit back and relax while playing, without having to put too much thought into what you are doing. I genuinely had fun playing UNO Showdown like most other UNO games.

Most peoples’ main issue with UNO has to deal with the fact that there is very little strategy to the game. This makes the game rely heavily on luck. Despite the fact that I genuinely like UNO, I won’t deny that both of these criticisms are fair. UNO Showdown does rely a lot of luck. The cards you draw will play a big role in how well you do in the game. There isn’t much you can do in the game that will actively improve your odds. The best card to play each turn is generally pretty obvious. Therefore the player who has cards that work best with the discard pile, will likely win the game. The winner of the game feels kind of random at times. To enjoy the game you have to not really care about who ultimately wins.

With that out of the way, lets talk about the new mechanics that UNO Showdown adds to the game. This mostly entails the Showdown mechanic. A number of the cards in the game will feature the Showdown icon. 28 of the number cards feature the icon along with four Wild Showdown cards. When you play one of these cards you will compete against the next player in turn order (Wild Showdown cards let you pick who you face off against). The normal gameplay then pauses as you compete in a small duel for one to three cards. After the showdown, the gameplay returns to your normal game of UNO.

Having played so many different UNO games, you tend to pick up on some things. While most UNO spinoff games don’t alter the normal UNO gameplay a lot, there are some occasional games that do change it quite a bit. At first glance UNO Showdown seems like it would be one of the former. Most of the game plays exactly the same, with occasional deviations for a quick duel. This is all true, but I was honestly kind of surprised by how much the mechanic actually changes the gameplay.

The thing that surprised me the most was that there are considerably more showdowns in the game than I initially expected. Most of these spinoffs only include a couple cards that have the unique mechanic attached to them. It turns out almost 30% of the cards in UNO Showdown will initiate a showdown. Showdowns happen much more often than I anticipated. I like that the mechanic actually impacts the gameplay, but you could make an argument that it might go a little too far. Statistically you are likely to have a showdown every third to fourth card that gets played. When we played the game there were quite a few times where two or more showdowns occurred back to back. With how big a difference this mechanic has on the game, you need to enjoy it or this might irritate you after a while.

This is where I say that my group had mixed feelings towards the mechanic. I personally liked it, but others weren’t as big of fans. With this mechanic speed actually becomes a pretty big component of the game. If you are terrible at speed games, you are going to have a hard time ever winning a hand of UNO Showdown.

It is hard to avoid showdowns. If you don’t have a quick reaction time, you will rarely if ever win a showdown. This means that you will regularly be adding more cards to your hand. It will be hard to get rid of cards quicker than you end up acquiring them through failing showdowns. In a way this creates a built in advantage for some players. If one player in your group is considerably better at speed games, they are likely to win considerably more often than the other players. If you are bad at speed games, you will have a hard time winning the game. This will turn off some players, and I can see why.

Maybe it is because I am generally pretty good at speed games, but I had fun with the mechanic. There is something fun about competing in a quick duel with another player. The duels are really simple as you just press down on your paddle without pressing it too quickly. Once the paddle(s) is pressed, it will launch the card into the air towards the player that lost. There is something really satisfying about winning a duel and seeing the card shoot through the air. If you like the idea of a dueling mechanic being added to UNO, I think you will enjoy this aspect of UNO Showdown.

Heading into playing UNO Showdown I was curious about how well the mechanic would work. With the game’s original release price I knew the electronic/mechanical component couldn’t be that complicated. I was kind of surprised by how well it ended up working. Basically when you press down on a paddle it will lift up a bar in the middle of the machine. With the card now only being held down by one side, this will launch the card towards the player who didn’t press their paddle. Usually it is really obvious who was the first to press their paddle. Occasionally it is much closer though where it will land between the two players. This requires you to compare the card’s position to the game unit. Whichever player it went more towards ends up losing the showdown.

The showdowns do have some consequences on the game’s length. Maybe my group is just lucky in most UNO games, but we rarely even come close to using the whole deck in one round. That was not the case in UNO Showdown. The showdown mechanic regularly forces players to draw more cards. This means that you have to get rid of more cards in the game.

There were a couple games where we got quite close to using all of the cards in the deck before a round was finished. If I had to estimate, I would say hands probably took close to 25-50% longer than a typical UNO hand. Some rounds do tend to drag on for a little too long. This gets even worse if all of the players are about equal when it comes to the showdowns. This will distribute the new cards more evenly, meaning it will take longer for someone to clear their hand.

As for the game’s components I generally thought they were pretty good. The card quality and design is really similar to most other UNO games. The Showdown unit kind of impressed me. The sound that it plays can get a little annoying after a while. Sometimes it takes a little longer than you would like to add cards to it as well. I am also a little worried that the unit may end up creasing the cards long term. Otherwise I thought the components work surprisingly well. For the retail price, there isn’t much more you could have asked for.

Ultimately my group had some mixed feelings towards UNO Showdown. On the surface the game seems to be quite similar to the original UNO gameplay. It is still the simple card game that you can have fun with if you don’t mind the lack of strategy and the reliance on luck. The new showdown mechanic actually has a bigger impact on the game than I initially expected. Close to 30% of the cards will initiate a showdown, so it will impact who ultimately wins the game. The mechanic is simple, and yet it is pretty fun beating your opponent and launching a card(s) towards them. This does put a much greater emphasis on speed though. If you aren’t good at speed games, you are going to struggle in UNO Showdown. It also makes the game take quite a bit longer than normal UNO.

My recommendation for UNO Showdown ultimately comes down to your opinion of the showdown/dueling mechanic. If you have never enjoyed UNO or aren’t interested in the speed dueling mechanic, the game is unlikely to appeal to you. If you like UNO and think the game’s premise sounds interesting, I think you should seriously consider picking up UNO Showdown as you likely will enjoy it.

Recommendation: For fans of UNO that are intrigued by the showdown/dueling mechanic. 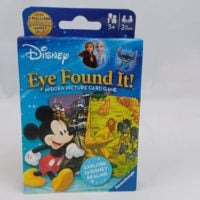