With it being the holiday season, are you looking for some board games that you can play at a holiday party? Over the years quite a few Christmas and other holiday themed board games have been made. Unfortunately a lot of them are not particularly good. Here is a list of nine of the better holiday themed games you should consider bringing to your holiday themed party. 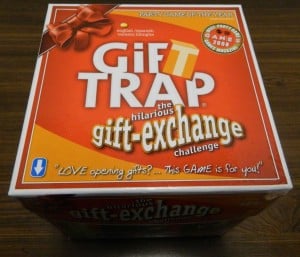 Geeky Hobbies recently looked at GiftTrap so for a more detailed look at the game check out our full review.

GiftTrap is a party game from 2006 made by Nick Kellet and supports 3-8 players. In GiftTrap the goal is to give and receive the best gifts. Each round begins with some cards with gifts pictured on them being put out on the board. Each player picks one gift to give to each player. Each player can only give each gift once so the players have to pick a different gift for each player. Once everyone has chosen which gift to give each player, the players need to rank the gifts in the order that they would like to receive them. Players receive points based on how much people liked the gifts they gave and the gifts they received. The first player to get their gift and receive tokens to the finish line wins the game.

While GiftTrap may not appeal to people who only care about really strategic games, I found the game to be quite fun and original. I have never played a game similar to GiftTrap before. The game is really easy to play and should work really well for parties especially with players that don’t regularly play board games. If your family and friends don’t usually like board games this game may be perfect for them. GiftTrap is the perfect party game since it doesn’t require a lot of thought since it focuses more on the group having fun than on who ultimately wins the game.

Do you love the song Twelve Days of Christmas? Well 12 Days is a card game that was made based on the song.

12 Days is a trick taking game where players need to play a card for twelve days/rounds. Cards are numbered 1-12 (corresponding to the gifts from the song) with there being one 1, two 2’s, etc. Like most trick taking games, lower numbers will beat higher numbers. Whoever plays the lowest numbered card wins the round and takes the corresponding point card for the round. At the end of twelve rounds players score bonus points based on the cards that they played during the game. Whoever played the most 12 cards gets twelve points. Whoever played the most 11 cards gets 11 points and so on. Whoever scores the most points from winning rounds and bonus points wins the game.

Ever since seeing the game played on the second season of TableTop I have wanted to try 12 Days but I have yet to play it. Like GiftTrap, 12 Days is a simplistic card game that should work with players that don’t regularly play board/card games. The game plays in fifteen minutes so it should play really quick and would work great as a filler game. I haven’t played the game but it looks simplistic and also fun which is perfect for a party game.

Being a huge fan of the Ticket to Ride series, I can’t recommend the franchise enough. Ticket to Ride may in fact be my favorite board game of all time. Ticket To Ride is a great strategic game that is also easy to play. Every time that I have played the game I have had a lot of fun. What I love about the game is that you need to make strategic decisions but the game is simple enough that anyone can quickly pick up and play the game. If you like board games and want to get someone into the hobby, the Ticket to Ride franchise is a great option for you.

For those of you not familiar with Ticket to Ride, players gather different colored train cards throughout the game. These cards are used to claim train connections on the game board. Each player is given a couple train routes that they must complete before the game ends to score points or risk losing points if they are unsuccessful. Whoever scores the most points wins the game.

While Ticket to Ride: Nordic Countries is not specifically a Christmas game, it does have a wintery theme as it focuses on the Nordic countries of Denmark, Finland, Norway and Sweden. The Nordic Countries version of Ticket to Rid only supports two or three players though so you will have to keep that in mind.

Having played The Christmas Game I will be the first to say that it is not a good game. So why have I included it on this list? While the gameplay is bad/broken the game does a good job putting you in the Christmas spirit and is so cheesy that it is almost guaranteed to give you at least a couple laughs while playing it. Despite the game being pretty terrible I might actually recommend trying the game to just see how cheesy it is yourself.

In The Christmas Game your objective is to try and buy gifts for your friends and family. You must travel around the game board hoping to land on spaces that let you buy different valued gifts. The first player to buy a gift of each value wins the game. Be careful of the Scrooge and Santa spaces though since Santa may steal your presents and Scrooge always brings along misfortune that will ruin your holidays.

In Love Letter/Letters to Santa the goal is to woo the princess/impress Santa. For each round a player is given one card to start the round. Each turn begins with a player taking a card from the deck and then playing one of the two cards from their hand. When played each card has a special ability that can be used to try and eliminate the other players from the round. Basically the game plays like a game of deduction where you try to figure out what cards the other players hold. If more than one player remains when the last card is drawn the player with the highest ranked card wins the round. The first person to win three rounds wins the game.

Letters to Santa plays pretty much exactly like Love Letter except that they use Christmas themed cards which include Santa Claus, Mrs. Claus, elves, toys, snowmen, gingerbread men, reindeer and Krampus. While Love Letter/Letters to Santa is not a highly strategic game, its’ strength is its’ simplicity and how quick it is to play. You can probably teach the game to a new player in a couple minutes and you can probably finish a game within 10-20 minutes. While simple and quick, the game has enough strategy that will make you want to keep coming back to the game.

The White Elephant Game, also referred to as Yankee Swap among other names, is a party game that has been played for quite a while. Basically everyone brings a wrapped gift to a party. Players take turns selecting one of the wrapped gifts from the pile. Play then starts as one player opens their gift. Each subsequent player then has a choice of opening a present or stealing one of the presents already opened by another player. The game really has no winner as each player just keeps the present they are left with after every player has had to opportunity to take a present. Typically the game is played with inexpensive gifts which are generally funny since the White Elephant game is not meant to be  a serious game.

In 2011 this classic party game was adapted into a card game. The objective of the card game is to collect gifts of a certain color that match the colors that you are trying to collect. Each card pictures gifts that were actually given to the creators in the past. I have never played either the normal White Elephant game or the card game version, but the game looks like it could be fun to play and looks really easy to play. If the concept behind the game sounds interesting I think you will probably enjoy the card game.

Black Stories Christmas is a more adult themed game so it is recommended just for teenagers and adults. The basic concept of the Black Stories series of games is that all but one of the players are tasked with figuring out the solution to a crime that has occurred. The players trying to solve the case can only ask yes or no questions which the one player who is not trying to solve the case answers. The goal of the game is to try and solve the case without getting too many hints from the player that knows the solution.

While any of the Black Stories games could work in a party setting, the Christmas game includes just cases that deal with events surrounding the Christmas season. While I own the original Black Stories game I have never actually played the game before so I can’t really comment on how good the game is. This game will definitely not be for every holiday party setting though. If your party guests love a good mystery though this game could be a hit at your party. Another bonus is that the game can support as many people as you want from two players to more than ten players.

Do you love cheesy Christmas B-Movies? Would you like to make your own? Well you can do just that with Silent But Deadly Night.

While I don’t know how well this game actually plays, this game seems cheesy enough that it could provide some laughs for a party with people that love cheesy movies. There is a whole line of these B-Movie style of card games so a lot of people must enjoy them or they wouldn’t keep making them. I am guessing the games aren’t highly strategic though so if your group likes strategic games Silent But Deadly Night may not be for them.

If you are looking for a game for a Hanukkah party you can’t go wrong with the Dreidel Game. The Dreidel Game is an ancient game that uses a dreidel (a four sided top) and some form of chips to keep track of the score. Players place one of their chips into a pot in the center every turn. They then spin the dreidel and take an action based on what was spun. The four sides either have the player do nothing, take all of the chips from the pot, take half the chips from the pot, or put some additional chips into the pot. When a player runs out of chips they are eliminated from the game. For more details on how to play the game check out the Wikipedia page.

Is there any other classic holiday themed games that I am missing? While there are several Christmas themed games on this list it was much harder to find games for Hanukkah and Kwanzaa. As a matter of fact I really couldn’t find any well known board games for Kwanzaa. Any suggestions for other holiday games that people should check out this holiday season will be highly appreciated. 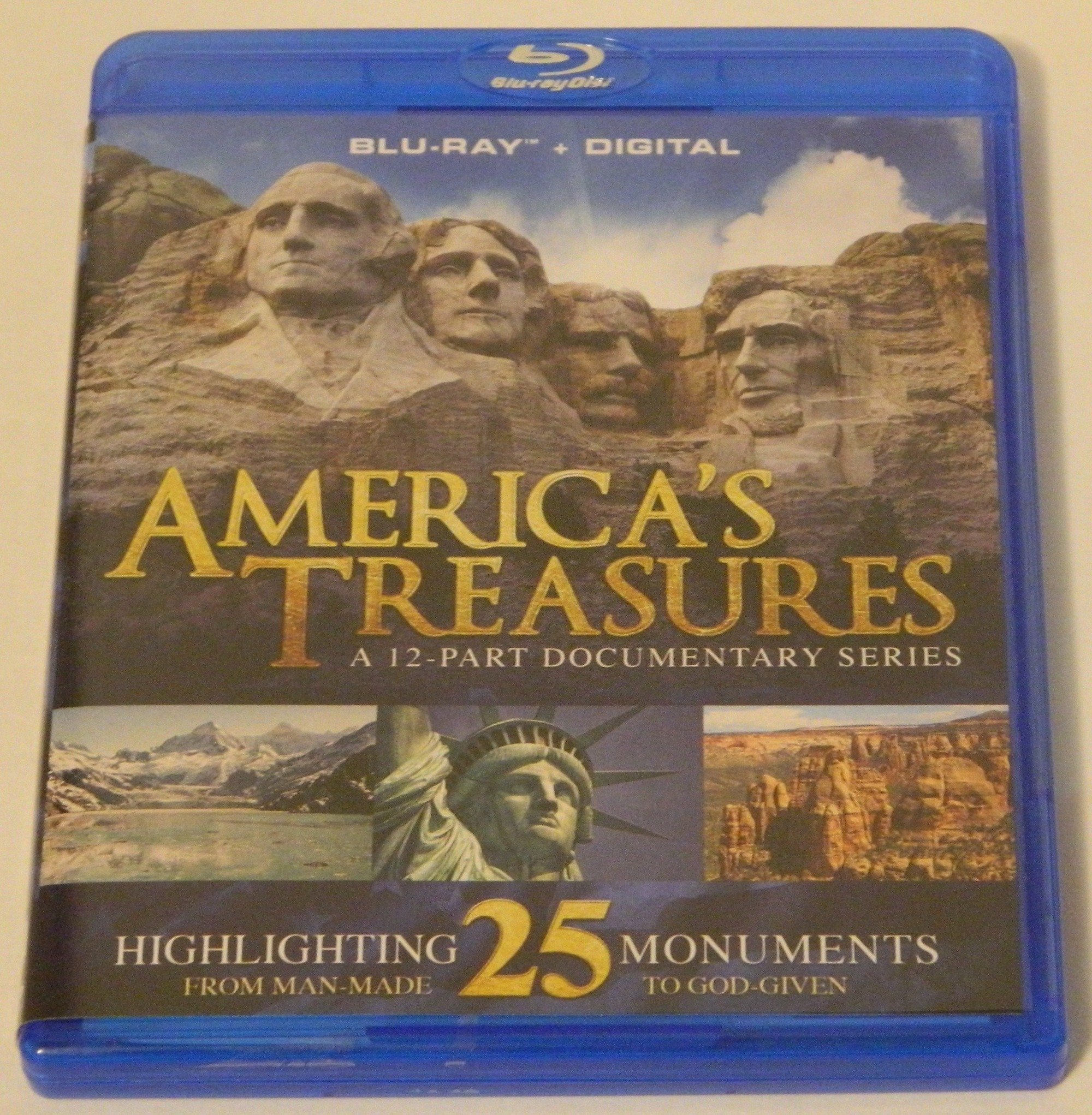 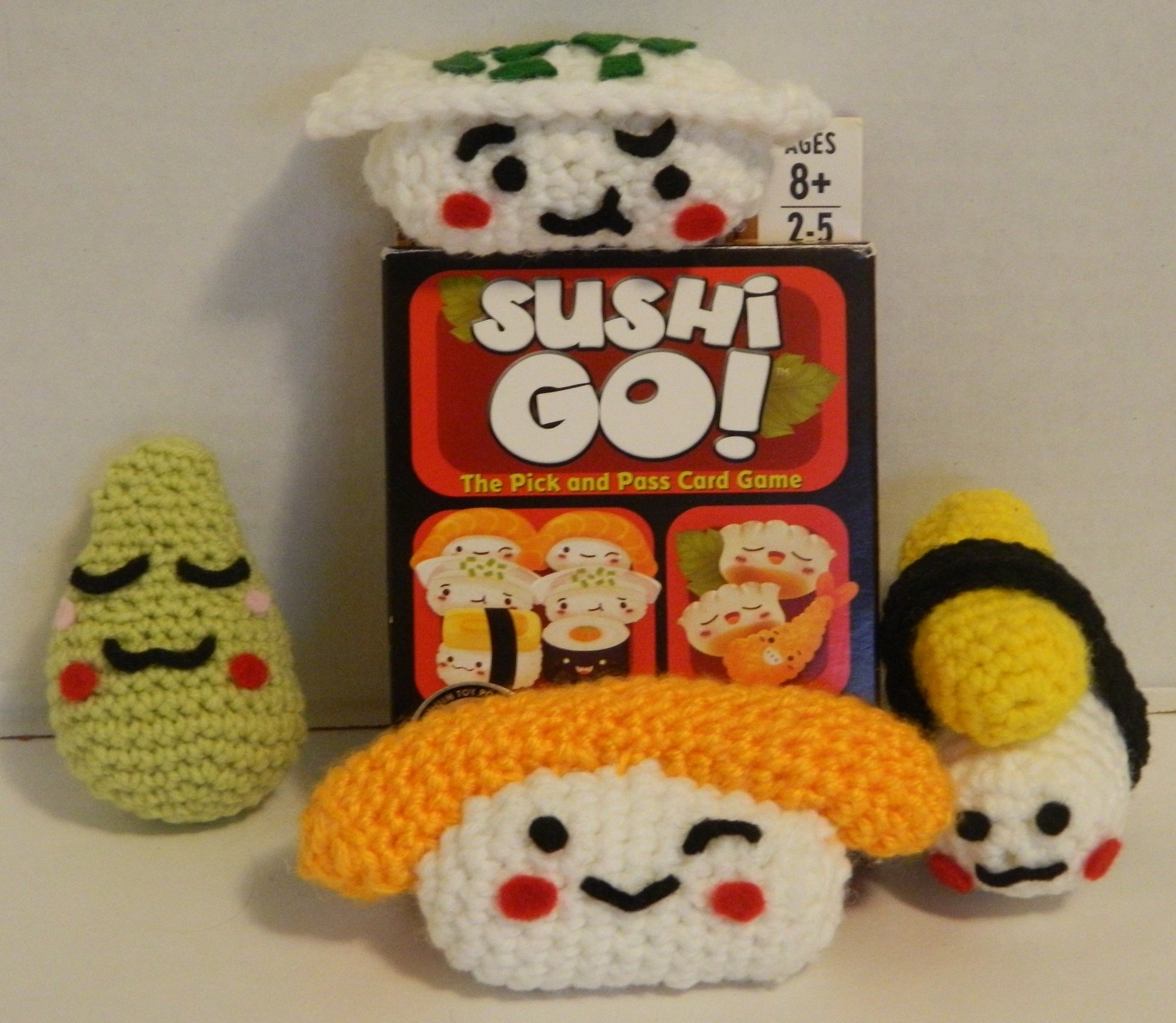