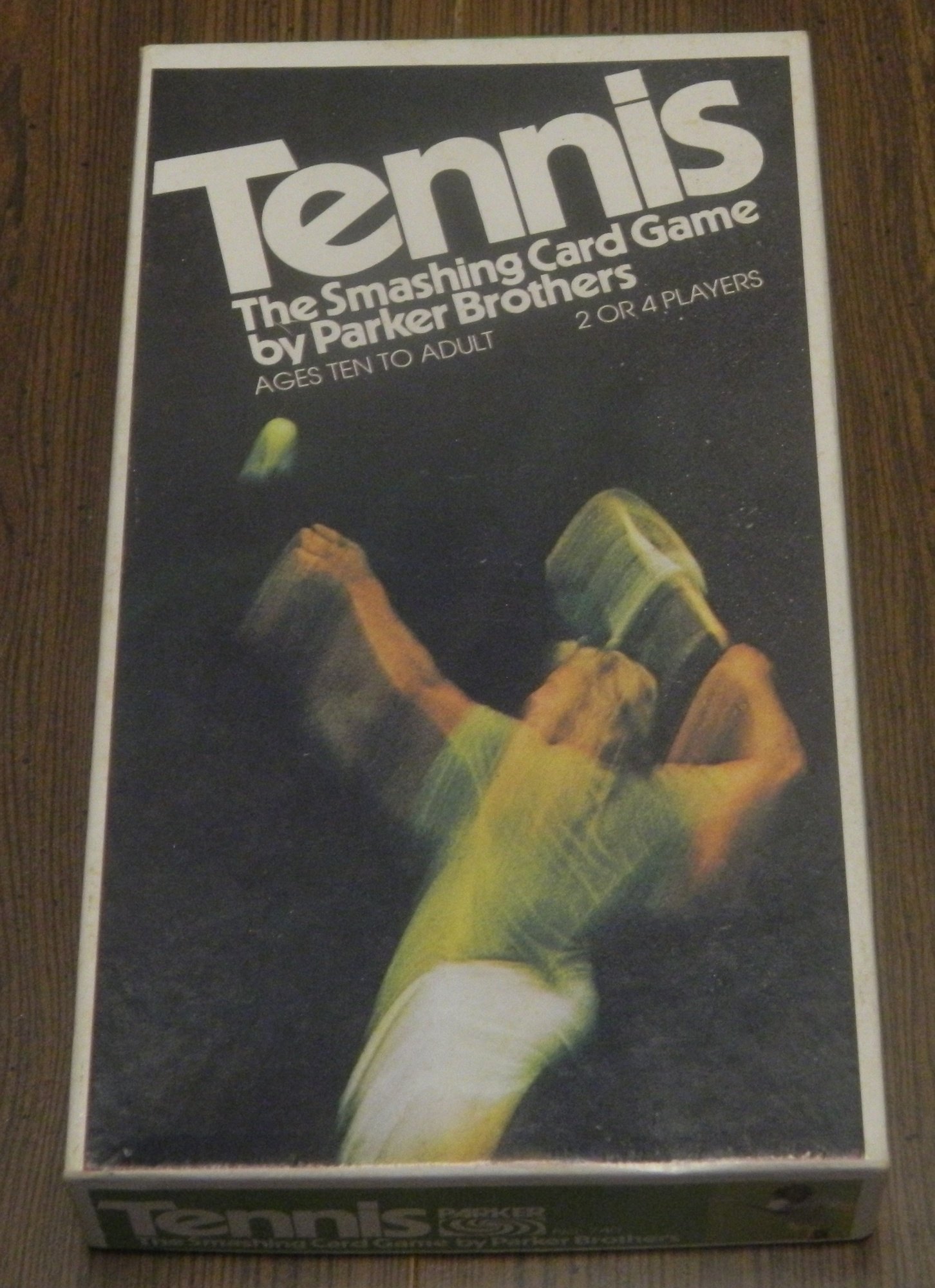 Tennis The Smashing Card Game plays like a game of tennis. The object of the game is to win a set. In order to win a set one of the players need to win at least six games while having a two game margin over the other player. Players score points in the following order: Love (0), 15, 30, 40, and game point. Whoever reaches game point first is the winner of the current game.

Before each game of the set is played each player draws up to a total of 10 cards. The sever then begins by drawing a serve card. One of three cards can be drawn.

Once the ball is in play, players keep playing “play” cards until either one player cannot play a card or chooses not to play a card. The different play cards are as follows:

Overall I would consider myself a fan of tennis (playing not watching). Tennis The Smashing Card Game tries to simulate the action of a game of tennis inside the restraints of a card game and I think it does a solid job. The game does a good job simulating the back and forth of a game of tennis with each player playing cards to try and counter what the other player just played. In addition to just playing cards, placement of the ball is factored in since you can only return the ball if you play a card with the same location that the ball is currently residing in.

Due to the lack of strategy, luck plays a significant factor in who eventually wins a game. Luck impacts the game in two different ways.

First if you get a poor selection of cards, you can’t win. The opposite is also true. For example in one of the games I played I got two smash and three kill cards. I also got an ace card for one of the serves. Simply put there was no way I was going to lose that game. One thing that might have fixed this problem is a larger variety of cards. I don’t know what those cards would be, but the smash and kill cards are too strong and there should have been some cards included that countered these two cards. Great card games have a counter to every card so there aren’t cards that let you automatically win.

While I have been critical of the game, I thought Tennis The Smashing Card Game was solid despite relying too much on luck. I am generally not a huge fan of luck based games since I would rather play a game where the winner earned their victory rather than just getting lucky. When you think about it though, you probably really can’t have a tennis card game without at least some luck being involved. While the luck aspect is annoying, the game is quick to learn and play. If you are willing to lay back and play the game without putting too much though into it, you will probably enjoy yourself if you like tennis. The game is pretty good at what it is, a tennis card game.

Overall I don’t plan on playing Tennis The Smashing Card Game very often, but I plan on keeping the game and might play it every so often. The game does rely too heavily on luck but it provides some enjoyment if you are willing to just play the game without putting much thought into it. It goes without saying that if you don’t like tennis, the game does not offer anything worthwhile. If you hate games that rely heavily on luck, this game is also not for you. If you enjoy tennis though and are looking for a quick pick up and play game you could do a lot worse than Tennis The Smashing Card Game.