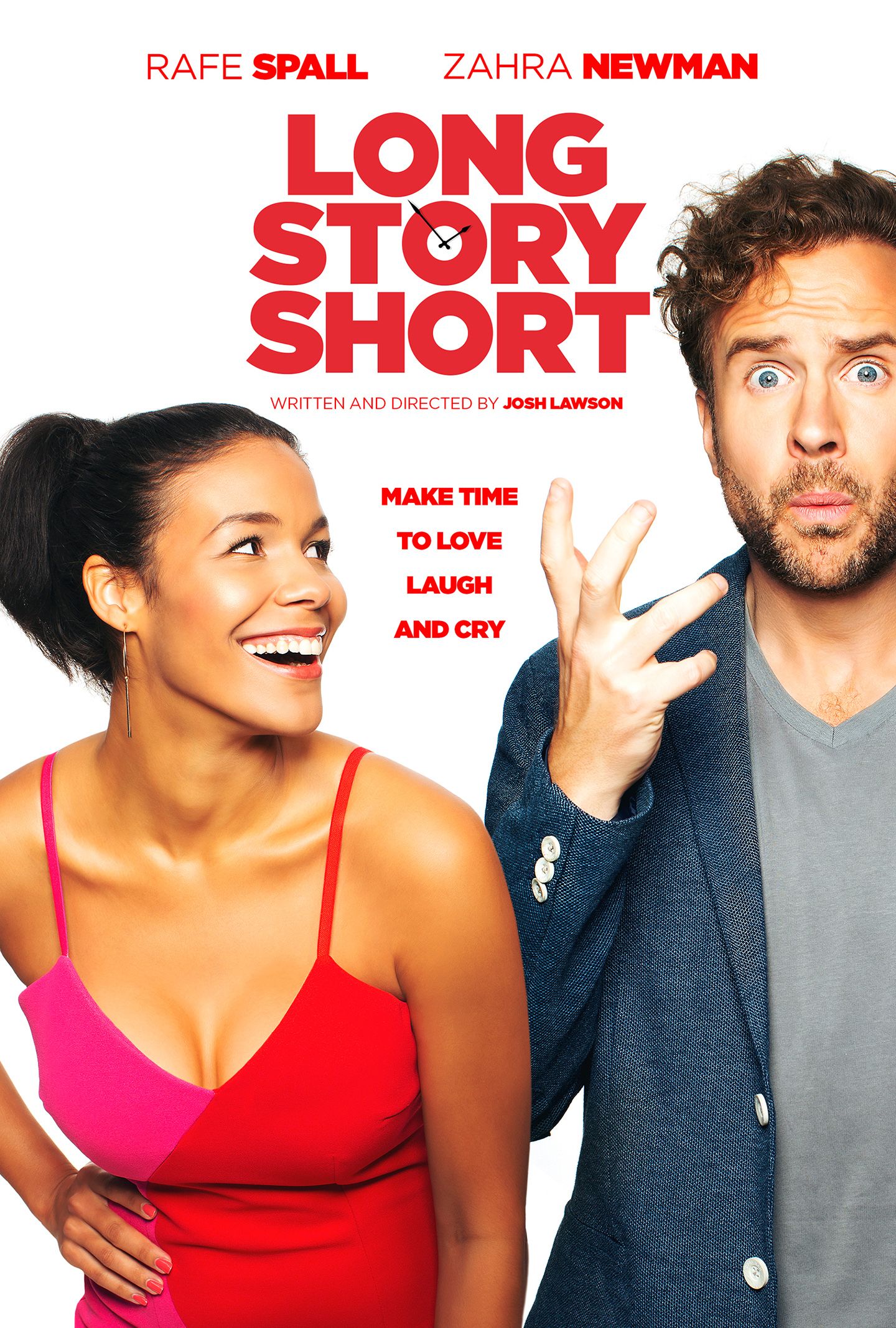 One of my favorite movie genres has to be the time travel/time loop genre. In particular I have always found the time loop concept interesting where someone has to repeat the same day over and over again until they fix the issues in their life. While not exactly the same, I was intrigued by the movie I am looking at today, Long Story Short, as it reminded me a lot of the elements from these type of movies that I really enjoy. Long Story Short may be a little light on the humor, but it tells a compelling story of not wasting a minute as you never know how much time you have left.

Teddy has always been a procrastinator. He tends to put things off because he believes he will have more time to do them in the future. When a stranger overhears Teddy and his fiance discussing the fact that he keeps putting off setting a date for their wedding, she decides to send Teddy a wedding gift when he finally gets married. On the morning after his wedding Teddy wakes up to discover that a year of his life passed him by while he was sleeping. Every few minutes another year of his life passes as his life begins to fall apart around him. Can Teddy finally learn to make every second count and get his life back before it is too late?

Before watching Long Story Short the thing that intrigued me the most was the premise. While the movie doesn’t quite feature a time loop, it honestly feels a lot like your typical stuck in a time loop comedy. The premise actually reminded me a lot of Groundhog Day. This turned out to be a pretty good comparison as the movie itself actually references Groundhog Day a couple times. Instead of repeating the same day over and over again, the main character is speeding through their life and needs to figure out what is wrong with their life in order to stop it. This was an interesting premise as there haven’t been many movies that have used a similar premise.

While the movie has some issues, I generally thought it did a good job capitalizing on the overall premise. The movie is basically a look at how you should appreciate life as your time is limited so you shouldn’t keep putting things off. In a lot of ways the movie is similar to your typical live your life to the fullest movie. Because of this parts of it are kind of predictable. While I wish the movie would have taken a few more chances (I basically predicted how it would end pretty early in the movie), it still has some unique ideas that I haven’t seen in other movies. The premise is unique and the movie finds interesting ways of using the time skipping element.

Long Story Short is advertised as a romantic comedy. In many ways it is written as a romantic comedy as it does feature a lot of elements popular for this genre. Unfortunately I didn’t find the movie to be super funny. I might have laughed a few times throughout the movie. There were times when the movie was obviously trying to be funny that I didn’t find particularly funny. I don’t know if this was because it didn’t match my sense of humor. Maybe it was because the movie is an Australian comedy and thus everything didn’t translate as well to an American audience. I wouldn’t say that the movie is unfunny, but I don’t think most audiences will find it laugh-out-loud funny either.

While I think the movie could have been funnier, I think Long Story Short makes up for it by telling a good story about living your life instead of wasting it. The movie is actually quite a bit more touching at moments than you would expect. Some people might find parts of the movie kind of sappy (typical of this genre of movies), but there are some actual sad/touching moments in the movie that I won’t discuss further to avoid spoilers. The movie does a good job using the time skipping element to show that you should appreciate your life as your time on Earth is limited. I don’t see this element of the movie being for everyone, but those who love these type of movies should really like this aspect of the movie.

This is supported by the movie’s characters. While the cast is pretty small, I thought the acting in Long Story Short was quite good. The characters are well written where you want to root for them. Teddy is misguided in his priorities, but he is still a good person. This is one area where I think the movie uses the time jumps well. You basically get to see glimpses of each of the main characters each year for a decade as their lives change due to Teddy being mostly absent.

It might not be perfect, but I actually really enjoyed watching Long Story Short. I wouldn’t say that it is the most original movie and it is not as funny as it could have been, but it is still an entertaining movie. The time jumping mechanic where every couple minutes another year passes in a way feels like your typical time loop movie with a twist. While it is different in a lot of ways, it also kind of reminded me of movies like Groundhog Day. I thought the premise was interesting and it actually creates an interesting tool for character development. I genuinely liked the characters and the acting is quite good. Probably the best part of the movie though is just the overall message of living life to the fullest as time is short. The movie can be pretty touching at times.

My recommendation for Long Story Short comes down to your thoughts on the premise and live your life to the fullest movies in general. If you are looking for a typical romantic comedy that is really funny, I don’t know if it will be for you. Those intrigued by the premise though should enjoy Long Story Short and should consider checking it out.

Recommended For: Those that are intrigued by the premise and like movies about living your life to the fullest.