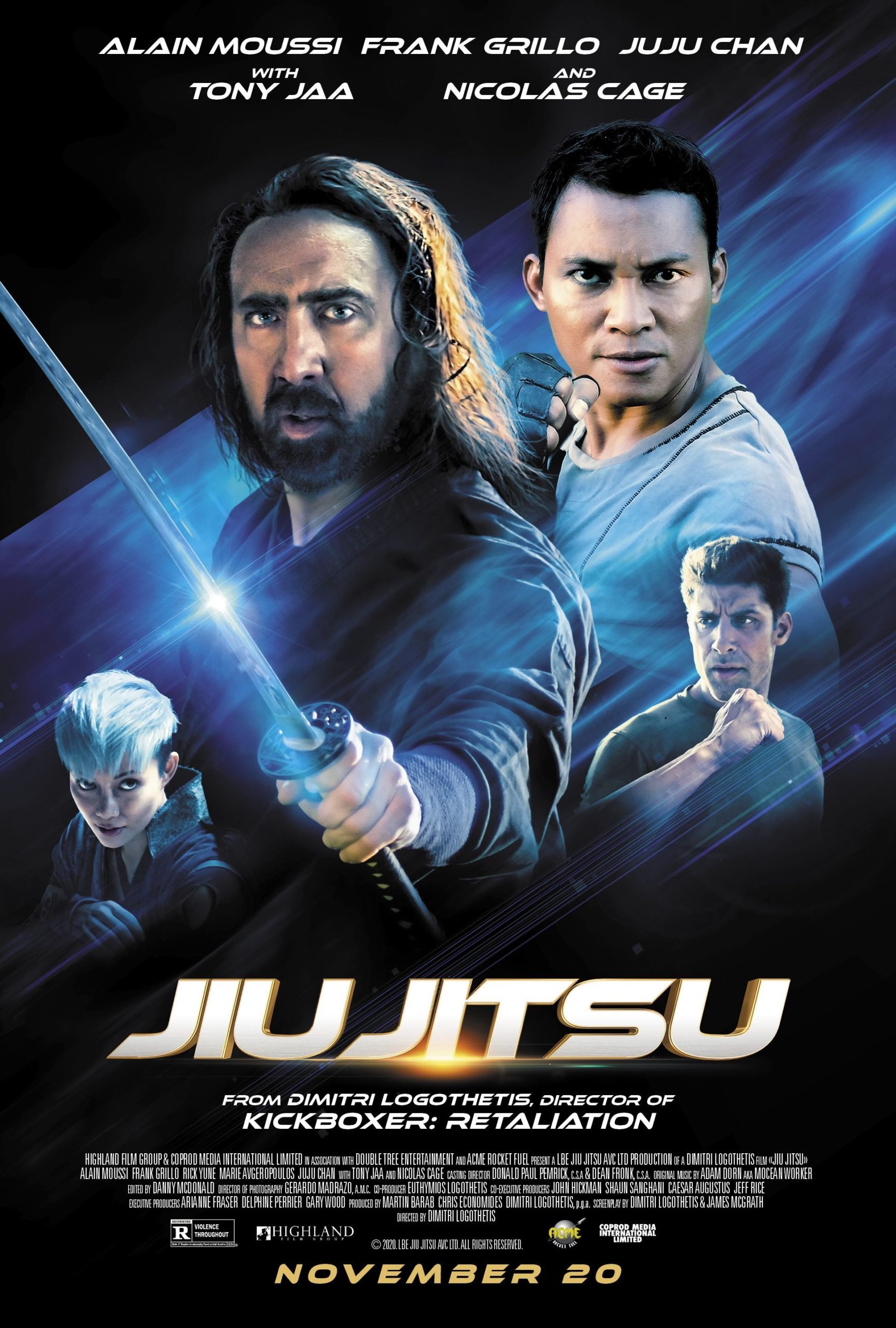 Normally I wouldn’t give much thought to a movie like Jiu Jitsu. While I don’t mind martial arts, I have never actively went out of my way to check out movies from the genre. Honestly the only thing that intrigued me about the film was the premise. Instead of a typical martial arts movie, Jiu Jitsu includes a sci-fi premise where humanity has to use the powers of Jiu Jitsu in order to defeat an alien threat. Based on the silly premise and the fact that Nicholas Cage was in the movie, I was intrigued by Jiu Jitsu as I thought it might be a movie that was so bad that it would actually be quite enjoyable. Jiu Jitsu has an interesting premise and action sequences, but the plot is so dull and thin that the movie becomes boring pretty quickly.

Jiu Jitsu follows a group of warriors tasked with keeping Earth safe from alien threats. Hundreds of years ago a portal was discovered on Earth which connects to an alien planet. Every few years the portal opens and an alien emerges to do battle with Earth’s greatest warriors. The aliens threaten to destroy Earth unless humanity sends its best warriors to fight them each time the portal opens. Instead of using guns or other weapons though, the warriors are forced to use various melee weapons and martial arts. Can humanity hold off the alien threat and save Earth?

Heading into Jiu Jitsu I knew it was going to be far from a groundbreaking film with an amazing story. I honestly was more interested in the film due to how silly the whole premise sounded. A movie about fighting an alien threat with martial arts instead of something like guns or explosives sounded so strange that I had to check it out. I didn’t expect it to be a particularly good movie, but I thought it had a pretty good chance of being a B movie that was so bad that it would actually turn out to be quite enjoyable. Unfortunately the movie failed to reach my expectations.

I think Jiu Jitsu‘s biggest issue is the fact that there is basically no plot to the entire movie. While my plot description above doesn’t include any plot spoilers, it actually  does a very good job of wrapping up the movie’s entire plot. The problem is that the plot is basically nonexistent. An alien threat comes to Earth every few years and a group of humans need to use martial arts to stop them. The movie doesn’t even try to explain plot points such as why the human warriors can’t use weapons such as guns, bombs, etc to stop the aliens. That is not all that surprising as the plot mostly just acts as a way to tie different action sequences together.

The action sequences are probably the movie’s greatest strength. I want to preface this by saying that I have no experience with martial arts so I have no idea about what is considered “good” martial arts. I will say that some of the actors are much better at it than others. It feels like some of the actors were chosen for their acting skills, while others were chosen for their fighting skills. Some of the fights seem kind of awkward, but others genuinely look like they were done by professionals. The movie uses some interesting camera angles at times which give you some interesting shots of the fights. If you are really into martial arts I could see you getting something out of the movie.

Heading into Jiu Jitsu I was hoping it was going to be a B movie that was so bad that it was actually kind of enjoyable. Unfortunately the film never really reaches those levels. Instead the movie is just kind of boring. I think most of this has to do with the fact that the plot is so barebones. Basically the plot can be summed up as follows: fight sequence, obvious plot point that doesn’t go anywhere, and then another fight sequence. In many ways the movie just feels like a bunch of fight sequences loosely tied together with a plot that never really goes anywhere. The movie doesn’t have enough of a plot to either be so silly that it is funny or deep enough that you really care about what happens.

Because of the plot being so thin, I never really cared about any of the characters in the movie. Basically every character boils down to random martial arts warrior with little personality beyond that. In fact I am writing this review a day after watching the movie and I don’t think I could give you the name or a distinguishing characteristic of any of the characters in the movie. This brings me to Nicholas Cage’s role. Nicholas Cage is one of those actors that can be good when he wants to, but at least in recent years it is obvious that he has taken a bunch of roles in order to make a quick buck. Jiu Jitsu is unfortunately one of those movies. He is barely in the movie and just seems to show up at pretty random times throughout the movie. IMDB claims that he was only on set for five days during shooting and I could totally believe that based on how little he is in the movie. It is pretty obvious that the movie mostly cast him in order to have a name to market the movie around.

I never expected Jiu Jitsu to be a masterpiece as I was mostly interested because it seemed silly enough that I thought it could be kind of funny based on how strange the premise was. A movie about using martial arts to fight off an alien determined to destroy Earth had all of the making of a good B movie. Unfortunately in practice it never really pans out. At times the movie has some good fight sequences as you can tell some of the actors actually have martial arts experience. Its too bad that the plot basically goes nowhere. This ultimately leads to a movie that is just kind of boring.

I am not entirely sure what to say about Jiu Jitsu. I wouldn’t say that it is a terrible movie, but I wouldn’t say that it is particularly good either. If you think it is going to be a silly movie or actually have a compelling plot based on the premise, you will be disappointed. If you really enjoy martial arts movies though and don’t mind a little sci-fi mixed in as well, Jiu Jitsu is not a terrible movie and might be worth checking out.

We would like to thank The Avenue Entertainment for the screener which was used to write this review.

Jiu Jitsu releases on VOD and Digital on November 20th, 2020.