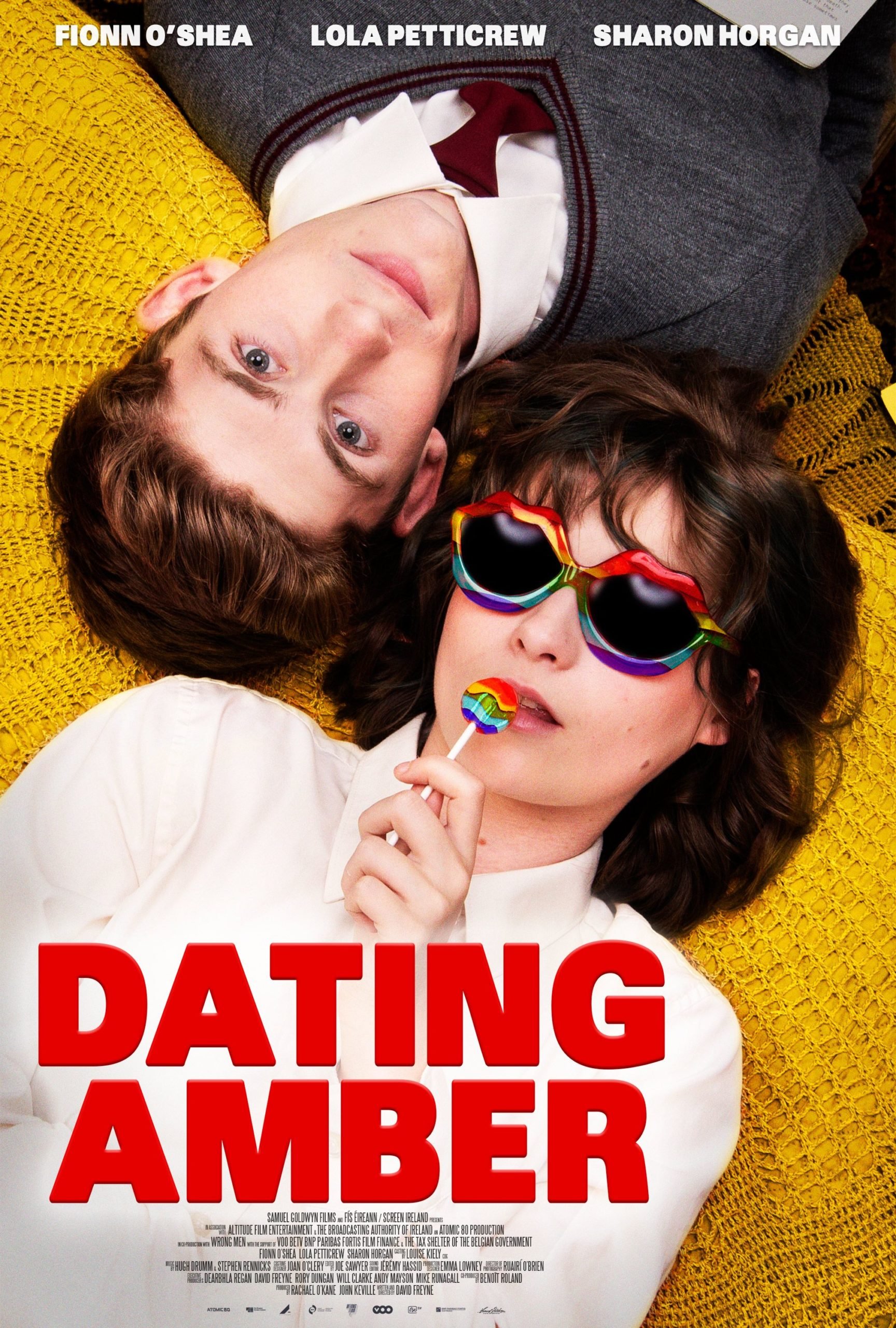 Today I am looking at the film Dating Amber. Dating Amber is a Irish comedy drama originally released on Prime Video UK back in June. The movie was released today for VOD and digital in the United States. I honestly hadn’t heard much about the movie until recently, but the premise sounded interesting enough that I wanted to check it out. Dating Amber is an interesting and occasionally touching story about growing up gay in 1990s Ireland whose comedy unfortunately fails to hit the mark.

Dating Amber takes place in 1995 in a small Irish town. The story follows Eddie and Amber. Both are high schoolers and are regularly teased/bullied because they aren’t dating. This mostly includes “jokes” about them being gay. They actually are both gay even though Eddie is in denial about this fact. In order to stop the harassment they decide to fake a romantic relationship. What initially started as a scheme to make their lives easier becomes a true friendship as both begin to accept their own sexuality.

I have to admit that I had some mixed feelings about Dating Amber. In some ways the movie is pretty good, but at the same time it has some issues as well.

Dating Amber is considered both a comedy and drama. In my own opinion though it should drop the comedy label. I am guessing that part of this is due to the fact that the film is an Irish comedy so some of the jokes likely don’t translate as well to an American audience. I personally didn’t find the movie to be particularly funny. At max I might have laughed a coupled times. There were definitely times in the movie that I could tell were supposed to be jokes and yet I didn’t laugh at them. In fact I personally found more of the jokes to fall flat than actually be funny. I am guessing some people will find Dating Amber to be considerably funnier than I did, but if you are thinking that the movie is going to be a straight up comedy you likely will be disappointed.

Instead I thought Dating Amber was more of a drama. I thought this element of the movie was considerably stronger. Basically the movie is a coming of age story in mid 1990s Ireland. The catch is that unlike most coming of age stories it also heavily focuses on being gay in a place and era that wasn’t particularly accepting of it. The two leads Amber and Eddie handle the situation quite a bit differently. Amber is quite accepting of it while still keeping it secret. Meanwhile Eddie doesn’t want to accept the fact that he is gay, and would rather pretend that he is straight even though it makes his life miserable. Much of the story is about these two characters growing to accept that they are gay and trying to deal with those that aren’t particularly accepting of that.

I think Dating Amber does a good job in this area. I will admit that I have no idea how accurate the movie is with treating this issue for the era. I think the movie works because it does a good job making you really relate to the characters. The two main characters are quite different, but it is really touching how they form a friendship to deal with the harassment they regularly have to deal with. There are some truly touching moments in the movie as the two characters really start to learn about themselves. This is supported by the main cast which is quite strong. Fionn O’Shea (Eddie) and Lola Petticrew (Amber) do a great job in the main roles.

While the drama elements are pretty good, Dating Amber does suffer from a few slow points though. The movie is only 92 minutes long, and yet at times the movie moves a little slow. In particular I think the film starts a little slow as it takes some time to get started. There are also a few points in the movie that drag on for a little too long as well. I would probably trim some of these parts to shorten them. With the movie already only 92 minutes though I think some additional time could have been added to the middle of the film as the movie jumps around quite a bit. Basically the movie has some pacing issues. This doesn’t ruin the movie, but it is one of the film’s issues.

I honestly had some mixed feelings about Dating Amber which ultimately lead me to think it was a solid but unspectacular film. The film is supposed to be both a comedy and drama. On the comedy front I thought it failed pretty badly. I rarely laughed while watching it, and many more jokes failed than succeeded. I am guessing some people will find it considerably funnier than I, but this was Dating Amber‘s biggest weaknesses. As a drama though I think the film does much better. The movie has some truly touching moments as two teenagers form a friendship as they both deal with harassment due to their sexual orientation. There are a few slow parts to the film, but the drama elements make up for most of the issues with the comedic elements.

We would like to thank Samuel Goldwyn Films for the screener which was used to write this review.

Dating Amber releases on VOD and Digital on November 10th, 2020.

Recommended For: People interested in the premise are looking for more of a drama.