Growing up in the 1990s I was a pretty big fan of the Where’s Waldo? franchise as a kid. The basic premise of trying to find Waldo and his friends hidden among a bunch of other objects was really fun for me. As an adult I haven’t really looked at a Where’s Waldo? book in ages, but the search and find mechanic has started to grow into other mediums. There has been a slew of board games as well as video games in recent years that have started to utilize this idea of finding certain objects hidden among a lot of other objects. Three years ago I took a look at Hidden Folks which was basically Where’s Waldo? the video game. Today I am looking at another similar game Hidden Through Time. Hidden Through Time is a fun and charming little search and find game through history.

In Hidden Through Time you are joined by Clicky, a sentient pointing hand. Your task is to help Clicky find various objects hidden throughout history. You will journey from cavemen times, through ancient Egypt and the Middle Ages, and end up in the wild west. In each level you are given a set of objects that you are tasked with finding. Some objects are pretty easy to spot while others are well hidden. In order to progress to the next level you need to find a certain number of the objects or you can stay in the level to try and find all of the objects.

If it wasn’t already pretty obvious I would say that Hidden Through Time is basically Where’s Waldo? the video game. The gameplay is basically exactly the same. You don’t need to find specific characters like Waldo in every picture as the game focuses more on finding certain objects, animals, or people. Otherwise the gameplay is exactly the same. You search the picture for the required objects, and when you find one you click on it. This means that the gameplay is very similar to Hidden Folks. Outside of a few differences, which I will address later, the two games play almost exactly the same. This is honestly not that surprising as there is only so much you can do with the find the hidden object gameplay.

Hidden Through Time may not revolutionize this genre, but I still really enjoyed the game. I have always enjoyed this genre of games and Hidden Through Time is no different. There is just something enjoyable about finding an object that is really well hidden. When I hear about one of these type of games I seek them out because they may not have the deepest gameplay, but they are quite satisfying. Hidden Through Time is the type of game that I think people of any age can enjoy as well. The gameplay is simple enough that anyone can play it. Really young children may have trouble finding all of the objects. Parents and children could work together in order to try to find all of the objects though. Even though these type of games are usually gauged more towards children I think adults can really enjoy it as well.

As for the overall atmosphere I would say that Hidden Through Time’s is similar to Hidden Folks. The art styles are not exactly the same but they have a similar feel. Hidden Through Time utilizes a simpler art style that I think works really well for the game. I found the game’s style to be cute/charming. This really helps with the overall family feel of the game. I think both children and adults should enjoy the game’s art style. I think the game’s sound effects work well for the game as well. Certain items you click on in the game will play various sound effects. While I like the game’s soundtrack as well I don’t think the game has enough songs. After a while the songs can become a little repetitive. This is not a huge problem as you can always mute the game if it becomes too repetitive.

As for the game’s difficulty I would say that it kind of depends. Finding enough objects to move onto the next level is usually pretty easy. In most levels I could find most of the objects pretty easily just scanning quickly through the entire picture. This would normally leave maybe a couple items left over. When I went over the picture a second time zoomed in all of the way and slowly panning through it I found most of the rest of the objects. There were only a couple items where I had to reference the clues. Basically if you hover over the pictures of the objects you need to find they will give you a little clue to the location of the object. These clues are usually really helpful as they tell you a general area of where you should look. Due to how helpful the clues are though I wouldn’t recommend looking at them unless you can’t find an object because they take a lot of the challenge out of the game.

Compared to Hidden Folks I would say that Hidden Through Time is the easier game. I say this for a couple reasons. First the locations feel smaller and have less objects crammed into them. Second the objects that you are looking for are more distinctive which makes them easier to find. Third the addition of color in Hidden Through Time makes it easier to find objects based on their colors. Fourth the game relies on less objects that are hidden behind other objects. Items can be hidden in buildings, but once you open the buildings they are pretty easy to spot. Finally the clues given in Hidden Through Time are more helpful which is especially useful for the objects that are really hard to find. This all leads to a game that feels decidedly easier. I can see this as being both a positive and a negative for the game. On the positive side it means that the game doesn’t become frustrating as the items aren’t really hard to find. I think the game will also work better with younger audiences. On the negative side it won’t give you as big of a challenge if that is what you are looking for. If you are really good at these type of games you will probably have no troubles with the game.

So far there is one thing that I haven’t talked about yet with regards to Hidden Through Time. It turns out that the game includes its own level creator where people can make their own levels and share them online. When I saw this I was really intrigued. The main problem with this genre of games is that they are usually on the shorter side. This is because the developers don’t have unlimited time to craft a bunch of different levels. Creating a level creator allows Hidden Through Time to crowdsource this task though. If the game develops a good following it could lead to tons of levels for the game. I checked out the level creator and it is easy to use. I am not big into creating my own levels so I didn’t spend a lot of time with it. It was easy enough to use though that players should have no trouble making their own levels. As I was playing a pre-release version of the game there weren’t a lot of user created levels to check out. The process for playing user created levels though was really simple. I really hope the game develops a strong community because I want to see what type of levels other players can create. I could see players creating really clever levels. Knowing the creators from other games that have user created levels I know there will be levels with objects that are almost impossible to find providing a real challenge.

Speaking of the level creator I unfortunately think it will play a pretty big role in how much time you get out of the game. The game features 26 levels spread throughout four ages. Most of the levels have you find between five and ten different objects. Depending on the size of the level and the number of objects you have to find I would say that you can finish most levels within 5-15 minutes. At this point I have completed over 80% of the levels (finding all of the objects) in around two and a half hours. Thus I think the main game will take most players around 4-6 hours to complete. This is not bad but I wish it was a little longer. If the game develops a strong community though it could have almost unlimited replay value. This is one of the reasons that I hope the community develops as it could add a lot of quality content to the game.

At the end of the day Hidden Through Time is basically what you would expect it to be. The game is basically Where’s Waldo? the video game. In each level you are given a number of objects that you need to find. These objects will be hidden among a bunch of other objects. Basically if you have ever looked at a Where’s Waldo? book or played one of these type of games before you should know what to expect from Hidden Through Time. Basically if you like finding hidden objects you should really enjoy Hidden Through Time. The gameplay is quite fun as I think it will work quite well for children and adults. I also really liked the game’s atmosphere. I will say that the game is a little easier than I expected as most of the objects are pretty easy to find if you take your time looking over the picture. This leads to the main campaign being kind of short. The one thing that really intrigued me about Hidden Through Time though is the addition of a level creator. I am really interested in seeing what levels other players can create for the game. If the game develops a strong community I can’t imagine how much good content will be generated for the game. 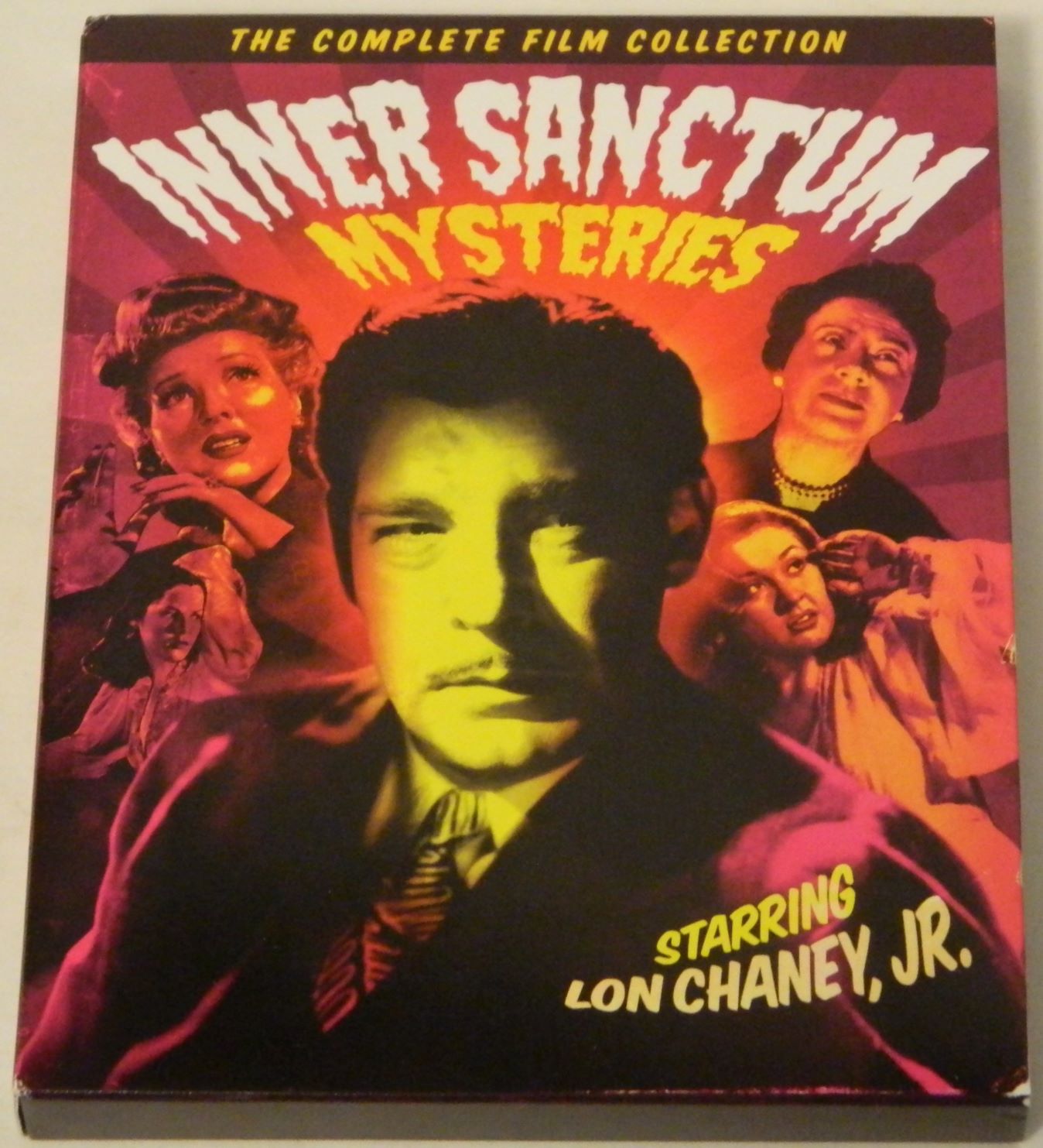