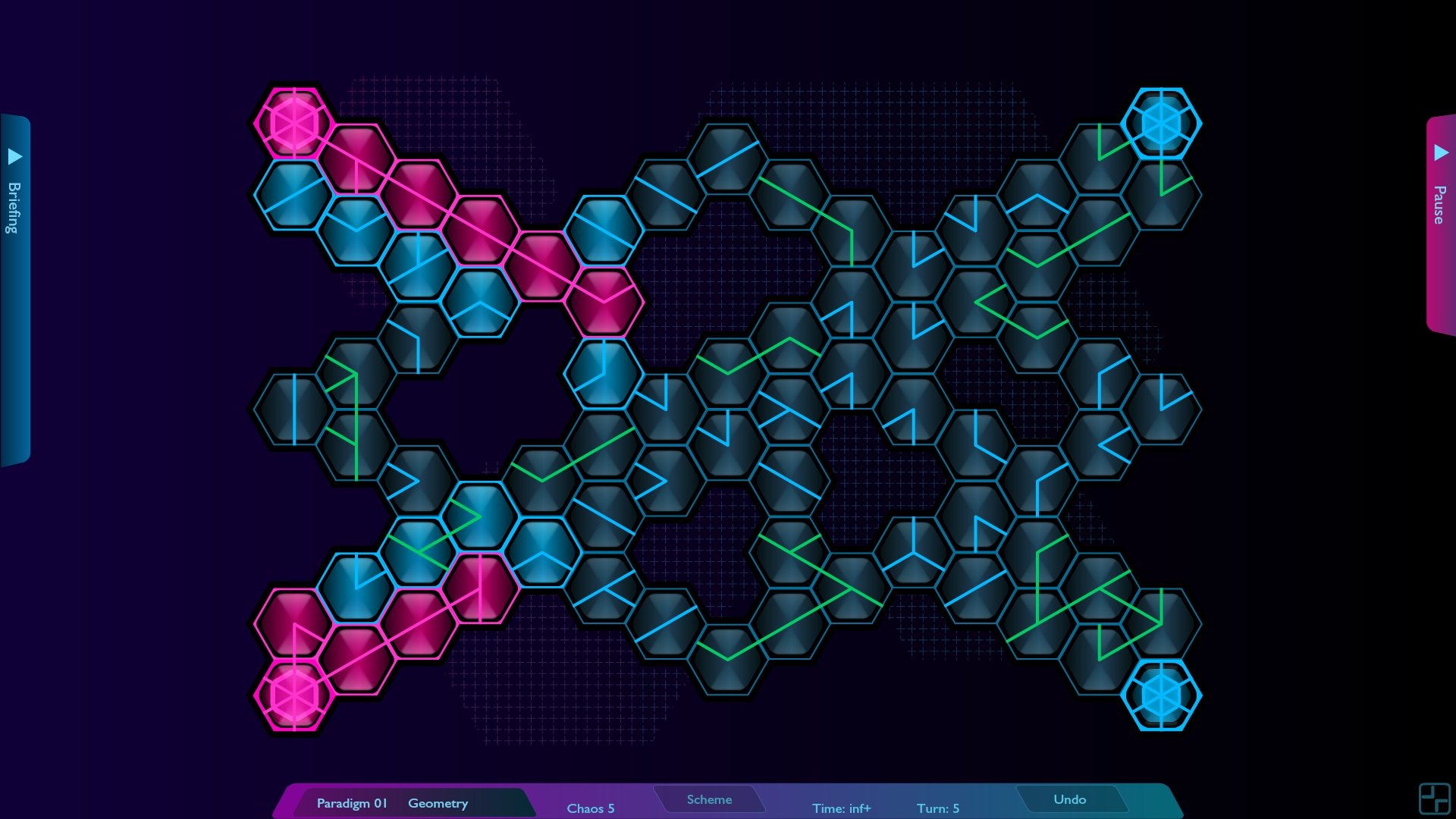 The basic premise of Hexoscope is an interesting idea for a puzzle game. I found it fun and surprisingly challenging figuring out how to use the connectors to make a path from the power source to the power receiver. What makes the game more interesting and challenging is the fact that most levels don’t allow you to just make a straight path from the power source to the receiver. This would get kind of dull if each level was so straightforward. Instead most levels require you to build paths off to the sides in order to retrieve a connector that you need to complete the path between the source and receiver. This creates a back and forth feel to the game where you make progress towards the receiver and then have to build off to other parts of a level to get a piece you need. This adds quite a bit more challenge to the game and I think makes the game better.

The thing I was most surprised about with regards to Hexoscope was that the game was surprisingly challenging. The game wasn’t bang your head against a wall challenging but some of the levels require you to think in order to solve them. While you can ultimately guess your way to completing a level, Hexoscope is the type of game where planning out your path is a good idea as you plot out how to get pieces that you will need to finish the path. The game can get a little frustrating at times as you feel like you are going in circles but it is satisfying when you complete a level.

Hexoscope is a fun little puzzle game and it only retails for $0.99. At only $0.99 you can’t really go wrong as long as the game interests you at all. The game has 72 different puzzles and they are apparently randomized each time you play them so if you want to replay them they should be different every time you play them.

While the randomization does add replay value to the game, it does lead to some issues. The problem comes from some levels being really easy while others can be quite hard. While most of the levels felt adequately challenging, this issue does occasionally come up. The levels that were too easy were kind of dull while the levels that were too hard felt like there was too much time wasted just trying to get one piece that you need in order to complete your path.