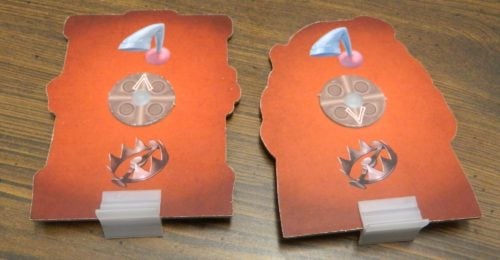 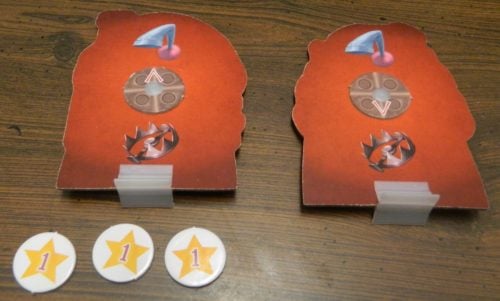 These two players weren’t attacked by the wolf. The player on the left choose to sleep so they earn three victory points (their house value was three). The other player chose to lay a trap so they receive no victory points.