Recently I have been checking out the series of board games that Disneyland/Disney World released back in the 1950s and 60s. So far the results have been kind of disappointing as Disneyland Monorail Game, Walt Disney’s Adventureland Game, and Walt Disney’s Fantasyland Game have not been good board games. While they are nice collectibles for fans of the parks, none of them actually had particularly compelling gameplay. I was hoping that the last game in this series would buck the trend. I didn’t have high hopes for the Disneyland Riverboat Game, but the game did have one interesting mechanic that I hoped would distinguish it from the rest of the series. The Disneyland Riverboat Game is probably the best game in the series and will likely appeal to fans of the parks, but it is still a pretty generic roll and move game that isn’t particularly compelling.

How to Play Disneyland Riverboat Game

To start your turn you will roll the die and move your boat the corresponding number of spaces in a clockwise direction around the board.

Whenever a player’s boat lands on an animal space, the moveable track will be moved to the next spot.

The track begins in the top left corner of the board (red one) and moves clockwise around the board to the top right corner (blue two) and then to the bottom right corner (green three). After the green three spot, it will move back to the red one spot.

The first player to reach the Mark Twain Dock by exact count wins the game. If a player rolls a number that would put them past the dock, they won’t move any spaces on their current turn.

My Thoughts on Disneyland Riverboat Game

Those who have checked out my reviews of the other games in this Disneyland/Disney World series will already know that my expectations for The Disneyland Riverboat Game were pretty low. The problem with all of the other games in this series is that for the most part they were generic roll and move games. Nothing about the games were particularly compelling as for the most part they played themselves. The Disneyland Riverboat Game has most of the same problems as the other games, but I still think that it is probably the best game in the series.

Like the rest of the games in the series The Disneyland Riverboat Game is a pretty basic roll and move game at its core. Basically you roll the dice and try to reach the finish before the other players. If you have ever played a roll and move game before you should already mostly know what to expect from the gameplay.

From the very start it is obvious that the game was designed for families especially those with younger children. The game was designed to be easy to play and it succeeds at that task. I think you could easily teach the game to new players within just a couple of minutes. The game has a recommended age of 6+ which seems right if not even a little too high. Outside of basic counting skills, there is nothing particularly difficult to understand about how to play the game.

Because the game was gauged towards children, it is not surprising that the game plays rather quickly as well. Most games could take anywhere from five to 20 minutes.

Everything I have written so far could pretty much describe all of the other games from this line that I have already reviewed. The one thing that somewhat differentiates The Disneyland Riverboat Game is the moveable track. While the game is still a roll and move game, this does change things up a little. For a game first created in 1960 this was actually pretty innovative for its time as I don’t know if I have ever played a roll and move game before that has utilized a similar mechanic. The track is interesting as it can either give you a quick ride to the finish or it could get you stuck in a never ending loop with no hope of ever reaching the end.

This mechanic doesn’t drastically change the overall gameplay all that much, but I actually think it improves the overall game. This is actually the one element of the game that actually adds some strategy. Once you are on the track you can choose which direction you want to move in. As the track could move at any time, you basically want to move into a position that will allow you to leave the track as close to the finish as possible. The right decision in any given situation is usually rather obvious, but I appreciate that the mechanic adds at least some strategy to the game and thus I think it improves the game.

The one drawback to the moveable track is that it is sometimes hard to figure out where you need to place boats on the track once it covers up a new section of the gameboard. The numbers on the tracks do somewhat help with placement, but it will take some time to make sure the boats are placed on the correct spaces. This does waste more time than it probably should have which is why I wish the mechanic was a little more elegant.

This track also lead to one of the most memorable reversals in fortune I think I have ever seen in a board game. In one game a player was able to get on the moveable track quite early in the game. The track was then moved into the third position and the player was able to get within a couple spaces of the finish within just a couple turns. It seemed like this player would easily win the game as most players had barely reached the second section of the board before the other player was already in a winning position. The player’s luck ran out at this point though as they just couldn’t roll the right number to reach the final space. The player probably had at least 10-20 rolls and just couldn’t roll the right number. This player ended up placing last in the game.

This story actually illustrates the fact that The Disneyland Riverboat Game relies on a lot of luck. I give the game a little credit as it might have had the most strategy of all of the Disneyland games that I have played recently. Luck is ultimately going to determine who wins though as any strategy that you can implement is going to be offset by your die rolls. Whoever rolls the right numbers at the right times is going to win the game and there is nothing you can do about it. Because of this the game still has that feeling where it feels like it is playing itself.

In addition to luck, The Disneyland Riverboat Game can be kind of mean at times. Most roll and move games have some sort of rule to handle when a player lands on a space that is already occupied. This usually involves either moving one of the two pawns either forward or backward one space. The Disneyland Riverboat Game instead moves the previous occupant of the space back four spaces. This can be quite harsh especially in the early game. Part of the reason the one player was able to get way ahead at first is that players kept landing on each other’s positions which sent them back as quickly as they were moving forward. While it doesn’t have a drastic impact on the gameplay, this feels kind of mean at times.

Ultimately The Disneyland Riverboat Game is a pretty generic roll and move game with one interesting mechanic.I would say that it is probably the best game in this series of games but that isn’t saying a lot as the other games weren’t very good. I wouldn’t say that The Disneyland Riverboat Game is a good game either. It isn’t a terrible game, but I don’t know if I would recommend playing it unless you have younger children to play with. For older children and adults I just think the game will become boring rather quickly as the game feels like it plays itself.

Outside of a game for children, I could also see it potentially appealing to fans of the Disney theme parks. I don’t think I would recommend playing the game, but I could see it working rather well as a collectible from the parks. This review is based on the 2000s/2010s re-release of the game which does a good job replicating the original. The game’s artwork has a level of charm that you don’t really find in new board games. While the game doesn’t feature a lot of references to the parks, I could see the game looking nice sitting on the shelf of someone who likes the parks as well as board games. Otherwise the components are pretty basic. I like the addition of the metal boats, but they don’t really fit the overall feel of the game. They are also on the smaller side. Otherwise the game’s components are solid but not spectacular.

Should You Buy Disneyland Riverboat Game?

Of the four Disneyland/Disney World games that I have reviewed recently, I would probably say that The Disneyland Riverboat Game is probably the best. I think this is mostly due to the inclusion of the moveable track. This adds a little strategy to the game in addition to being pretty unique for the era that the game was originally made. Otherwise the game is a pretty basic roll and move game. The game is easy to play and plays rather quickly which will likely help it appeal to younger children. Older children and adults will likely find the game kind of boring though. You are then mostly left with a game that is kind of boring and relies on a lot of luck.

If you don’t have younger children or aren’t a big fan of the Disney Parks, I don’t really see a reason to buy The Disneyland Riverboat Game. If you have younger children though I think they will enjoy the game due to its simplicity and theme. As for fans of the Disney Parks I would probably recommend it as more of a collectible than something that you would actually play.

Recommendation: For fans of the Disney Parks or those with younger children who are likely to enjoy the theme. 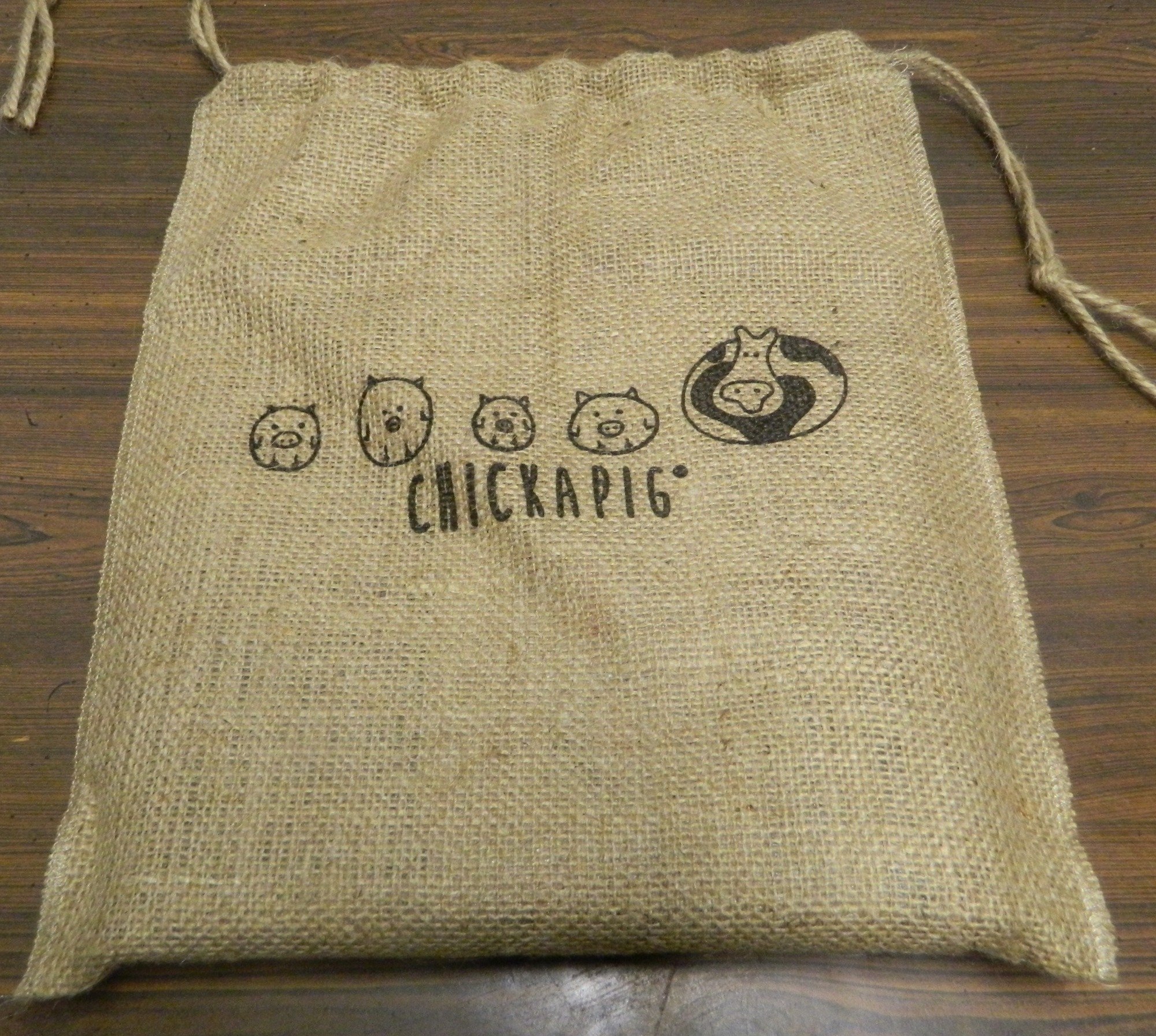