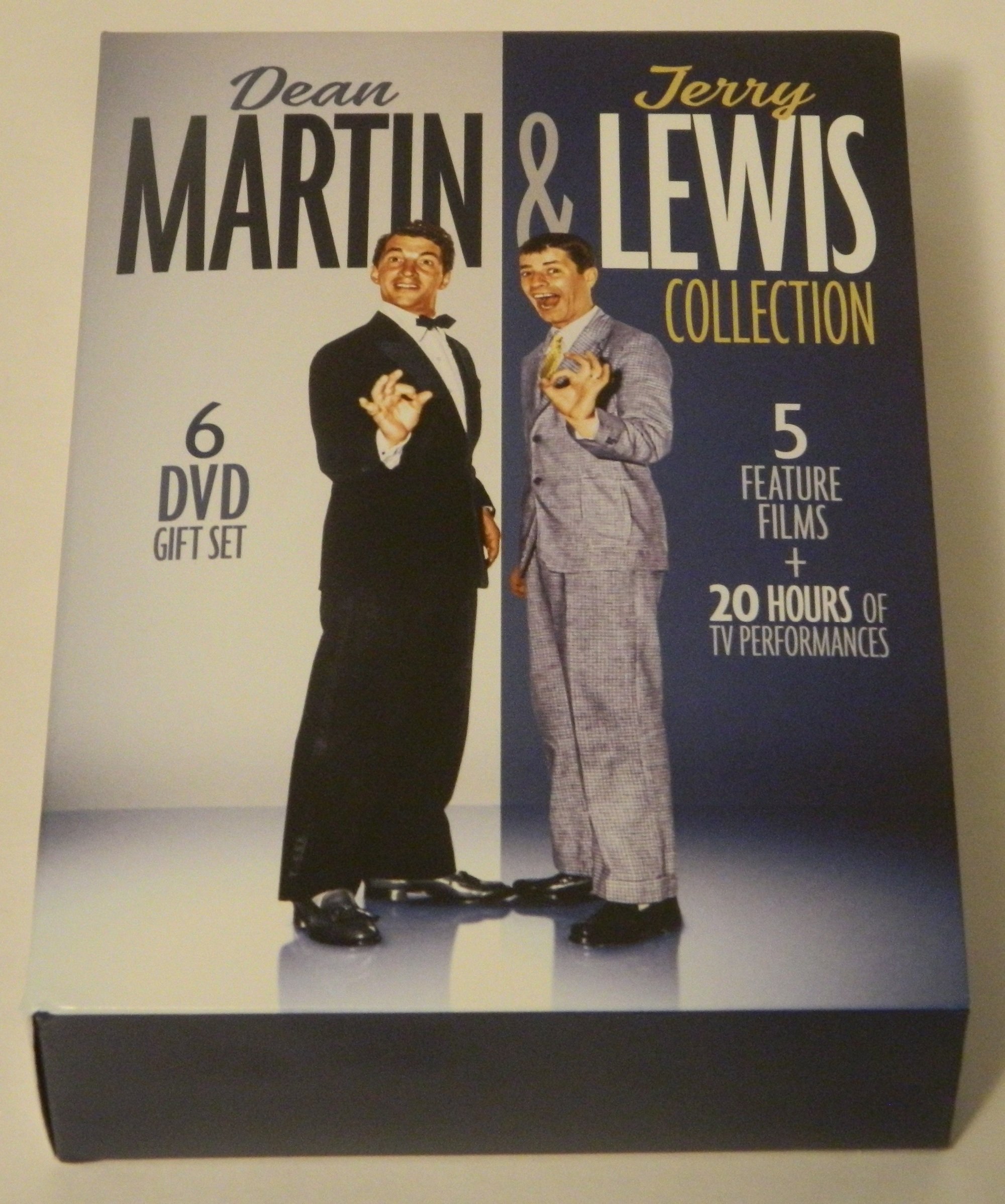 Since I’ve already reviewed the Jerry Lewis Comedy Triple Feature, this section will be very brief with just my basic thoughts on each film contained in it (check out my review of the release if you want more information on it). This portion of the set includes 3 on a Couch, Hook Line & Sinker, and Don’t Raise the Bridge, Lower the River. I personally thought that 3 on a Couch was the best film of the three, even though I found the concept to be a little creepy. I thought Hook, Line & Sinker was watchable but it ultimately wasn’t funny enough for me (though I applauded the twist the film threw at the audience in the second half of the film). Lastly, I hated Don’t Raise the Bridge, Lower the River due to the unlikable characters, lack of humor, and the borderline racism in parts of the film.

Next up, I will review the two new films (at least to me) in this collection, the Dean Martin-starring Who Was That Lady? and How to Save a Marriage and Ruin Your Life. Even though these films were higher-rated on IMDB, I really didn’t expect to like the Dean Martin films in this collection more than the Jerry Lewis ones. The Jerry Lewis films seemed more interesting to me but the quality was definitely lacking. I was surprised that I actually enjoyed both Dean Martin films quite a bit and certainly a lot more than the Jerry Lewis ones. While neither is essential viewing, both were good enough to net a solid 3/5 from me.

First up for the Dean Martin films is How to Save a Marriage and Ruin Your Life. This film stars Martin as David Sloane, a bachelor whose friend Harry (Eli Wallach) is having an affair. When Harry promotes the woman who saw him having the affair (Carol, played by Stella Stevens), David mistakenly believes her to be the other woman in Harry’s life. David wants Harry to stay with his wife (even though the marriage is loveless at this point) so he hatches a scheme to prove to him that the woman could care less about him, by making a play for Carol himself. The rest of the film is a series of misunderstandings by David and Carol. This plot isn’t particularly original but I actually laughed quite a bit throughout this film (more than all of the Jerry Lewis films combined). It helps that the characters aren’t all jerks like they are in most of the Jerry Lewis films. In this one, Martin plays a character who just stupidly makes some bad assumptions, he isn’t a horribly unlikable guy. I especially want to give a shout-out to Stella Stevens, who was a hoot as Carol and every bit as funny as Dean Martin was in this film. Overall though, this is still your typical romantic comedy but one that was actually funny (way funnier than I was expecting) and worth watching. 3/5

The other film in the Dean Martin portion of this set is Who Was That Lady?, a 1960 film featuring an all-star cast of Tony Curtis, Janet Leigh, and of course Martin. This film is also about Dean Martin’s character trying to help a friend in danger of a divorce (this time due to a complete misunderstanding instead of an actual affair). Chemistry professor David (Curtis) is caught kissing another woman by his wife Ann (Leigh). This is however, a complete misunderstanding because it was just a student kissing him to thank him for getting her transferred to another class. This unsurprisingly causes Ann to ask for a divorce. Dean Martin plays David’s friend Michael, a TV writer who comes up with a plan to get him his wife back. Michael convinces David to pretend to be an FBI agent, who was simply “protecting his cover” during the kissing incident. Ann eventually believes his story but becomes involved in one of his “missions,” leading to a chaotic series of events involving the real FBI, the CIA, and Russian agents.

Overall, I would say that Who Was That Lady? is a solid comedy, though one that overstays its welcome a bit. If this film was cut down to 90 minutes or so (instead of the 113 minute official run time), it probably would have even been better than How to Save a Marriage and Ruin Your Life. As it is though, it is still a pretty funny movie with all three stars getting plenty of funny moments. It’s just a shame that the movie is way too long. Still, a solid 3/5 but the film is slightly worse than the other Dean Martin movie in this collection.

Finally, the last four discs in this collection feature 28 episodes of the Colgate Comedy Hour, a variety show that often starred the duo (the show had rotating hosts so they didn’t host every episode). There have been numerous releases of this show on DVD (since it seems to be in the public domain) but this one seems to have the most episodes (most other releases only contain a handful of episodes). The episodes I watched for this review were still pretty entertaining, but of course a lot of the humor is outdated for today’s audience. However, I do look forward to watching the rest of the episodes included on this release down the road.

When you add up all of the content included in the Dean Martin & Jerry Lewis Collection, you get a lot bang for your buck. While the set has an MSRP of $29.98 it is currently selling for just $15.49 on Amazon at the time this review was written. $15 for five movies (three of which I thought were worth watching and two that I would only consider throw-ins) and 28 episodes of a classic TV show is a very good value, especially if you love classic comedy. While I wouldn’t recommend it to everyone (especially younger viewers other than one like me who like watching classics as well as newer films), I do think the release deserves a solid 3/5 overall.