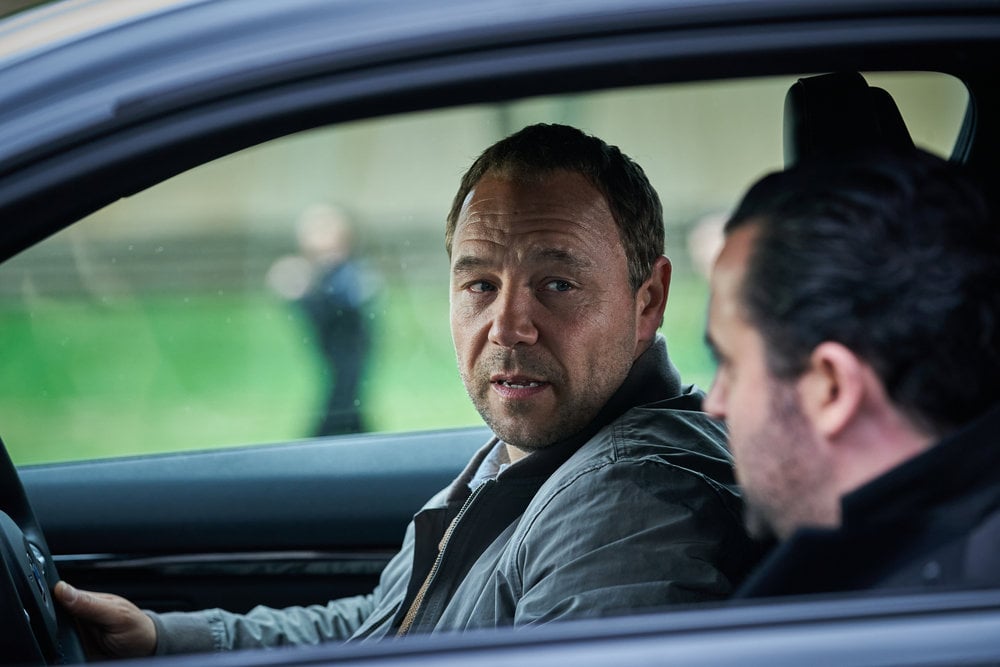 By far one of the most popular TV genres, at least in the USA, is the crime drama. In some ways this makes a lot of sense. You don’t really need to see every episode as most are one-offs where the case is solved by the end of the episode. In theory I like crime dramas as I like to try and solve a mystery before the solution is revealed. The problem with many crime dramas is that most of them feel basically the same outside of the characters and a few other small tweaks. For this reason I was a big fan of Monk and Psych as they really tried to bring humor into the otherwise dry crime drama genre. You don’t find many shows these days in the genre that try to utilize the humorous approach. This is one of the reasons that I was intrigued by Code 404 as it seemed like it was trying to do something unique with the genre. The show originally aired in the United Kingdom earlier this year and is making its way to Peacock on October 1st, 2020. Code 404 doesn’t fully utilize its quirky premise, but is still an enjoyable crime drama for those that want something a little different.

Code 404 follows British police officers DI John Major and DI Roy Carver. The two are working for an elite undercover police team who is working on bringing down a dangerous criminal organization. DI John Major’s cover is blown which leads to his death. As he is considered one of the best officers on the force, his department decides to try an experimental procedure to bring him back to life with AI technology inserted into his brain. The problem is that the AI is glitchy which leads to unintended consequences. Can John overcome of the limitations of his AI and along with his partner Roy take down those responsible for his death?

What initially intrigued me about Code 404 was the simple idea of a police officer being brought back to life with a glitchy AI implanted in his brain. I found this to be interesting as it opened up a lot of comedic opportunities for the show. I have some mixed feelings about how it capitalizes on those opportunities. Based on the premise alone I thought the show was going to be a comedic crime drama similar to shows like Monk or Psych. The show is more comedic than a lot of crime dramas, but I would still consider the show to be more of a typical crime drama than a comedy. The show has some “cases of the week”, but it is also considerably more serialized as most of the first season is based around finding those responsible for John’s death.

As for the comedy elements I would say that it is a little hit or miss. I will admit that I haven’t watched a lot of British comedy mostly because it can be quite a bit different than American comedies. I wanted to bring this up as people who are big fans of British comedies will likely find Code 404 to be funnier than I did. With that said I thought the show could be pretty funny at times. The earlier episodes in particular are better at this than the later ones. This is mostly because the early episodes are the ones where the show really capitalizes on the glitchy AI premise. There is some genuine funny moments in the show when it utilizes the fact that the AI is not perfect. The show has a number of repeated jokes that kind of work as well.

The problem is that the show seems to abandon the glitchy AI elements too quickly. Towards the end of the first season the glitchy AI is basically fixed where John basically becomes a super cop. There are a few jokes that utilize this, but at this point the show starts to turn into a more typical crime drama. This is kind of a shame as the show doesn’t utilize the premise nearly as much as it should have. Ultimately the show didn’t end up being what I expected it to be.

One thing that really helps Code 404 is that the acting is quite good. Daniel Mays is clearly the star of the show as John Major. He plays the role of a formerly decorated police office who now has an AI in his head really well. His role is responsible for most of the humor in the show. Stephen Graham as his partner Roy Carver also does a good job in the more serious role trying to smooth out the trouble created by John’s glitches. Other than the two main leads the rest of the actors are pretty strong as well. I thought the show’s characters were interesting and helped drive the show.

With the show first airing in the United Kingdom back in April, Code 404 has already been renewed for a second season which is expected to air next season. I have some conflicting feelings about this. I enjoyed the show and plan on watching the second season once it is available in the USA. I hope the show finds a way to add some quirkiness back into the show as the later episodes of the first season reduced quite a bit of it. This would be somewhat easy to implement as you just need to introduce some new glitches to John’s AI.

I was initially intrigued by Code 404 as the premise sounded really interesting. A crime drama where one of the police officers are brought back to life with a glitchy AI. That was an intriguing premise that showed a lot of potential. The show somewhat succeeds in utilizing the premise. On the positive side when the show capitalizes on the premise it can be pretty funny. Unfortunately the show doesn’t utilize it as much as it should have. This leads the show to being a solid to above average crime drama that could have been even better if it fully embraced its premise.

Basically my recommendation comes down to your opinion of crime dramas, British shows, and the show’s overall premise. If you aren’t too big of a fan of one of those three things, Code 404 may not be for you. If the show sounds like something that you would enjoy though, you should check it out as it is a pretty solid show.

Recommended For: People who think the premise sounds interesting, and also like British crime dramas.