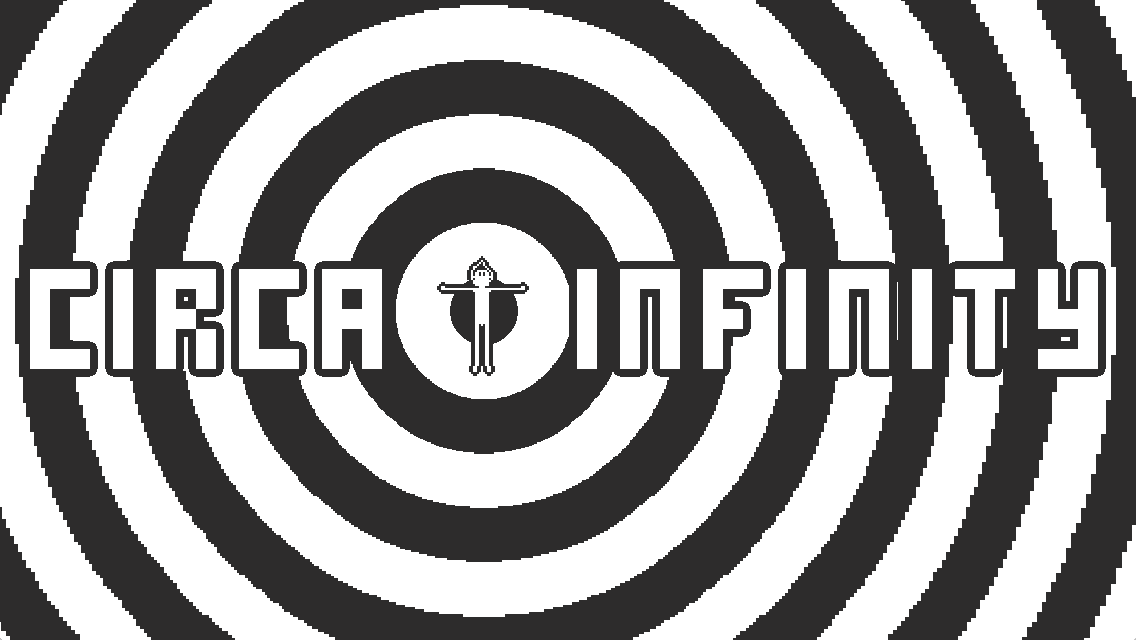 Circa Infinity, a 2015 indie puzzle platformer, has had an interesting journey. Circa Infinity was created by Kenny Sun for Ludum Dare in 2014 (originally called Core). Shortly afterwards the game was picked up by YouTube sensation PewDiePie (YouTube Video) which catapulted the game’s popularity. Kenny Sun decided to continue developing the game which brings us to Circa Infinity a game recently released on Steam. Due to a unique twist on the platformer genre, Circa Infinity is a game that has to be seen to be believed.

For those of you not familiar with Circa Infinity, I think this gif does a great job showing you what to expect from Circa Infinity which I could never hope to truly express through words.

I hope that did a good job showing how truly crazy Circa Infinity can be. Circa Infinity has to one of the weirdest/craziest games I have ever played and I had a blast with it.

Lately the indie market has been flooded with platformers. Only a few of the games have done something truly new with the genre. Circa Infinity is one of those games. Circa Infinity decides to throw traditional mechanics out the window and create its’ own. While there could have been other platformers that have utilized a circular world in a similar way, I have never played one. At first I was wondering if the game was going to be a gimmick which I would tire of quickly. The game is much more than a gimmick though and Kenny Sun does a great job utilizing it.

Circa Infinity really makes you think about what you are doing. In most platformers the mechanics are so ingrained in your head that you can just pick up the game and start playing without even paying attention to what buttons you are pressing. That is not the case in Circa Infinity. The controls are simple only requiring one button and an analog stick/buttons for movement. The controls do take some time to get adjusted to though since the world is circular so early in the game you will push the analog stick in the wrong direction leading to your character’s death. Once you adjust to the controls though you shouldn’t have to much trouble with them.

While Circa Infinity is a platformer I think a more appropriate title would be a puzzle platformer. While you have to time your movements and jumps, there is a lot more to the game then that. In the early levels you can get away with just running and jumping but as you progress through the game you need to really start putting your puzzle solving skills to the test. You will be unable to solve the levels without thinking through how you are going to attack the next ring. This is especially true once you start having to control two characters at the same time. This is where the true ingenuity of the levels come into play. If you are getting stuck at a point in a level, you should step back and see if you are approaching the ring incorrectly.

Death in the game is also not a huge punishment. Every time you die you are sent back one ring and have to repeat that ring before you get back to where you were. At times this is kind of annoying especially if you get stuck in a situation where one death leads you directly into another death, which leads to another death. Thankfully every so often you encounter a ring which pretty much works like a checkpoint since there is no way you can die so you can’t be sent back to previous rings. This does a good job preventing you from having to repeat an entire level due to a bad string of luck.

When you reach worlds four and five though things get considerably more difficult. At this point you have a good handle on how to navigate the game world. The game throws in two new mechanics which makes the levels hard though. World four introduces the concept that each character has to enter through a specifically colored “door”. This forces you to really think about how you have to move through the levels since it kind of forces into attacking a level in a specific way manipulating the two characters to avoid the enemies. In world five another color mechanic is introduced where you need to change the outline color of both characters so both colors of the character match the colors on the “doors”.

I want to make a quick note that the music in the game is well done and does a good job complimenting the game play.

Should You Purchase Circa Infinity?

Circa Infinity includes fifty different levels and five bosses spread across five worlds. At the time of this review I am currently on the first levels of the last world (last ten levels) and have been playing the game around five hours. Based on my experience with the game so far, I would expect the game to take around six to seven hours to complete. Better players may take a little less time. The game doesn’t appear to have a lot of replay value unless you want to retry the levels. At a $10 retail price you can get quite a bit of value out of the game.

While I really enjoyed Circa Infinity, the game will not be for everyone. Players who get motion sickness or have trouble with the spinning screen probably won’t like the game since there is a chance that it will make them sick. The game also requires a lot of out of the box thinking which may turn some people off. In the later levels you need to be able to focus on two characters and multiple different things at the same time so if you are unable to keep track of a bunch of things at the same time you may struggle with the later levels.

If the concept of the game looks interesting to you I would highly recommend looking at Circa Infinity. The game is really fun and provides a truly unique platforming experience that you have probably never experienced before. The game provides a good challenge even though the final levels are pretty hard. If you like hard puzzle platformers I think you should pick up Circa Infinity.