Do you like point and click adventures? Have you ever wanted to make your own point and click adventure but don’t know how to program? Well you now have the opportunity to make your own great game campaign with the recently released game Adventurezator: When Pigs Fly which was created by Pigasus Games. While the included campaign is nothing special, if you have a creative imagination you can have a lot of fun with Adventurezator: When Pigs Fly.

The Tale of Edmund the Pig

The main selling point of the game is the level creator which I will get to shortly. The developers included their own campaign though to explain how to play the game as well as show players what they can do with their own levels/campaigns.

The included story tells the tale of Edmund the human. Due to being a scam artist who sold phony potions, one of his angry former customers decide to teach him a lesson by turning him into a pigman. Edmund must travel the lands looking for the ingredients required to turn him back into a human. Zookwinkle the gnome eventually becomes his companion in the search for a cure to the curse. The two will run into various “famous” characters including the Three Bears, the Seven Dwarves, and even Issac Newton.

Gameplay in Adventurezator plays like a point and click adventure game. You interact with different characters and items in order to solve the puzzles which will lead to the next level. The game also includes crafting mechanics and even combat but both are used mostly as puzzle mechanics. Other than initiating combat you have no control over it. This makes combat kind of a puzzle since you need to figure out how to make your character strong enough to beat your opponent without dying yourself.

If you like point and click games I think you will enjoy the gameplay. Some of the puzzles in the included campaign are creative and the game includes quite a few different mechanics which should give players a lot of options for what they want to do when they create their own levels. Since the game is a point and click game, it will unlikely appeal to everyone. Most of the gameplay revolves around finding the required items that are needed to solve puzzles. If that doesn’t sound interesting to you, Adventurezator will not likely be for you.

I found the included campaign (When Pigs Fly) to be decent. The story has its’ moments but it also drags at times. The story is best when it twists well known stories like Goldilocks and the Three Bears and Snow White and the Seven Dwarves. The main storyline can be completed in around four to five hours. A lot of the puzzles are pretty easy but there are some interesting puzzles and solutions. One thing I really liked were the multiple endings/timelines which mostly revolve around geeky references. The alternate endings usually require solving a more difficult puzzle but are usually the more interesting paths for the storyline.

As a whole the included campaign is not bad but it is not enough to justify a purchase in my opinion. The game was mostly developed as a tool for people to make their own campaigns. If you don’t want to make your own levels or play other user created levels, I don’t think Adventurezator When Pigs Fly is worth purchasing unless you buy it on sale.

Make Your Own Levels 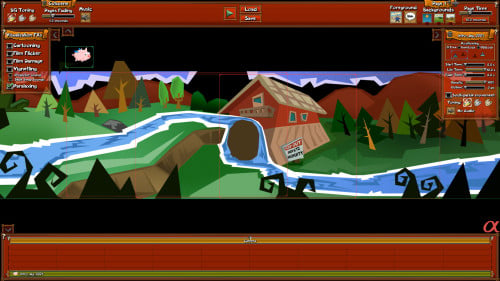 The main draw of Adventurezator is going to be the ability to create your own levels.

While I didn’t spend a lot of time with the various editors I could see that they have potential. The programs are quite easy to use. You could probably make a level within fifteen minutes. I doubt it would be very good but it would work. People with no experience programming should  have no problem creating levels since the level editor requires no programming. You pretty much select objects and place them into the scene. You also can set up some of the rules for the NPCs. After you have set up some objectives for the level, you are done.

The other editors are just as simple. The character creator is essentially the same as you use in any RPG to create your own character. In the Campaign editor you pretty much link the different levels together and that is about it. Finally the cinematic editor involves using different images and sounds with the various effects included in the editor. While I didn’t create a whole cutscene I could see that it is something that you could use to quickly make a cutscene as long as you already have all of the images and sounds that you plan on using in it.

While the tools are easy to use, I think players could still make some very interesting levels with it. You have some limitations on what you can create since you pretty much have to create a point and click game. While I hope that the game adds some more objects/mechanics to the game in the future, I think you can already make some interesting levels/puzzles as shown by some of the levels in the included campaign.

The level editor is really important for Adventurezator since that is where the value of the game will come from. A lot of your time with the game will come from creating your own levels and playing other people’s levels. If you don’t want to create your own levels or play other player’s levels you won’t get a lot out of the game. This means that the continued success of Adventurezator will rely on the game’s community. If players create fun and interesting levels the game could really thrive.

Should Your Purchase Adventurezator: When Pigs Fly?

If you are not interested in point and click games I don’t see much reason for you to check out the game. While some players may be creative and create a different genre of game with the provided tools, most of the levels created will follow the point and click formula.

If you like point and click games I think you could enjoy the game. The included campaign is decent. The story is a little hit and miss and kind of easy but it is worth playing. It is not enough to justify a purchase though. To get your money’s worth out of the game you are going to have to want to create your own levels and play other user created levels. If you aren’t interested in either I would recommend waiting for a sale on the game. If you are really excited about making your own levels and playing levels created by other users I think you will really like Adventurezator: When Pigs Fly. 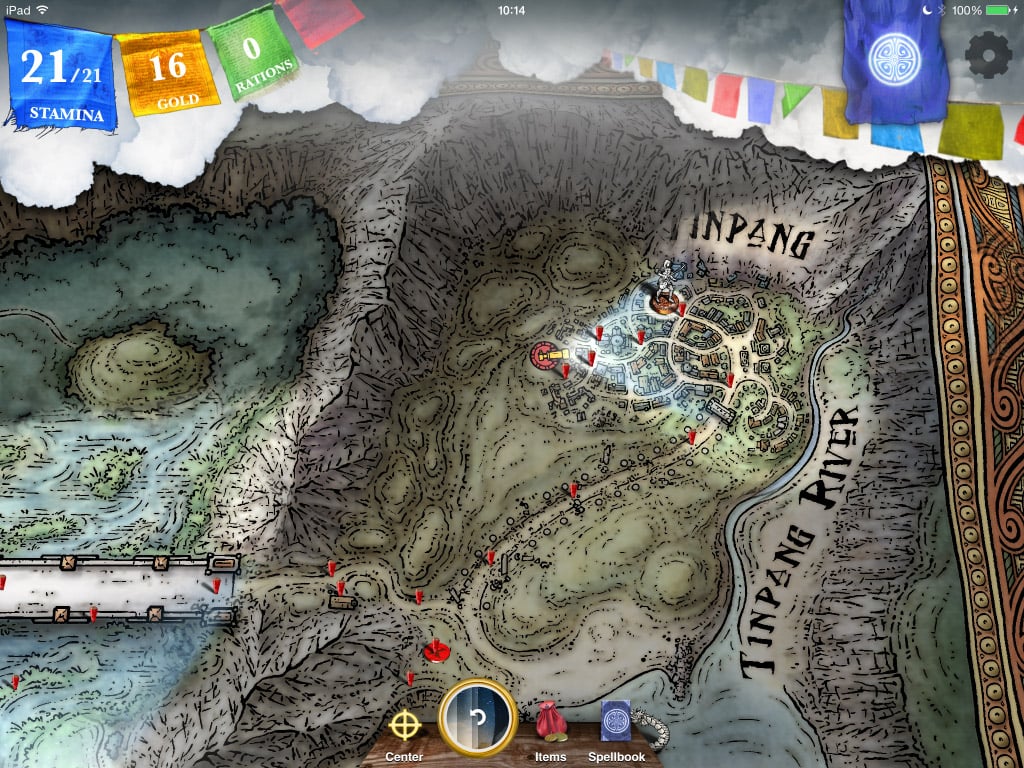