Skip to Content
WaveLength is a party game that is all about whether or not you are on the same “wavelength” as your partner in the game. However, the game isn’t particularly original and we have already reviewed several similar games on this blog over the last few years.
How to Play | My Thoughts | Should You Buy? | Comments 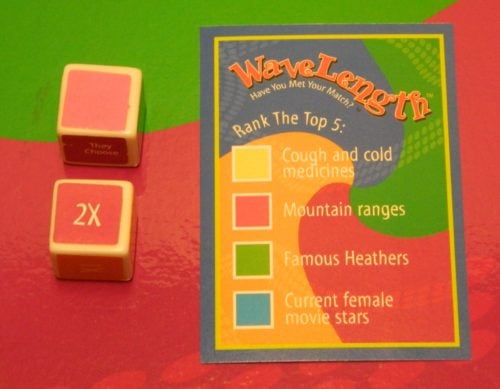 This team rolled pink and 2x, meaning all teams will name their top 5 mountain ranges. Also, the rolling team (and only that team) will get double points/spaces for every match. 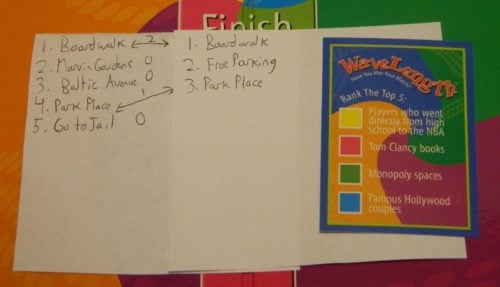 An example of how to score rounds in WaveLength. In this case, Monopoly spaces was the chosen prompt. Both players on this team ranked Boardwalk number one (so two points) and they also matched Park Place but they were in different places on the list (so one point). This team would score three points unless they were the rolling team and rolled the 2x side on the number dice (in which case they would score six points). 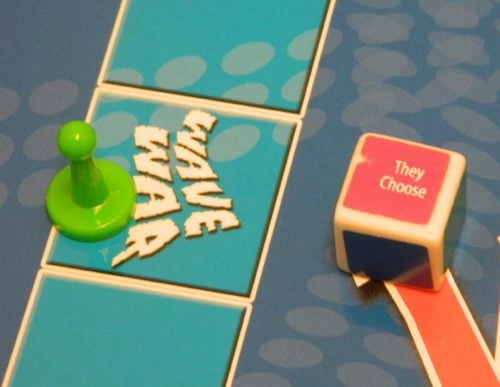 The green team is on a “wave war” space to begin their turn. Thus, for this round all teams will be competing for the highest score in the round and only that team will score points and move their token. The green team rolled the “they choose” side so the other teams will decide which question to play. 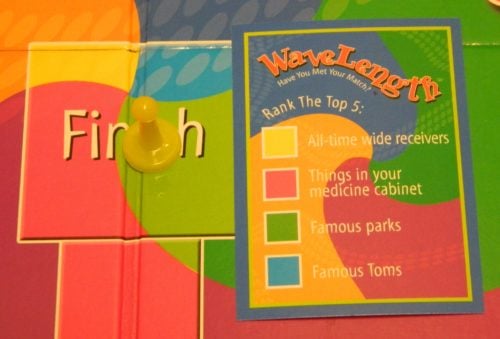 The yellow team has reached the finish space. They can select any of these four prompts and will give their #1 answer to the chosen one. If they match their partner, they win the game.