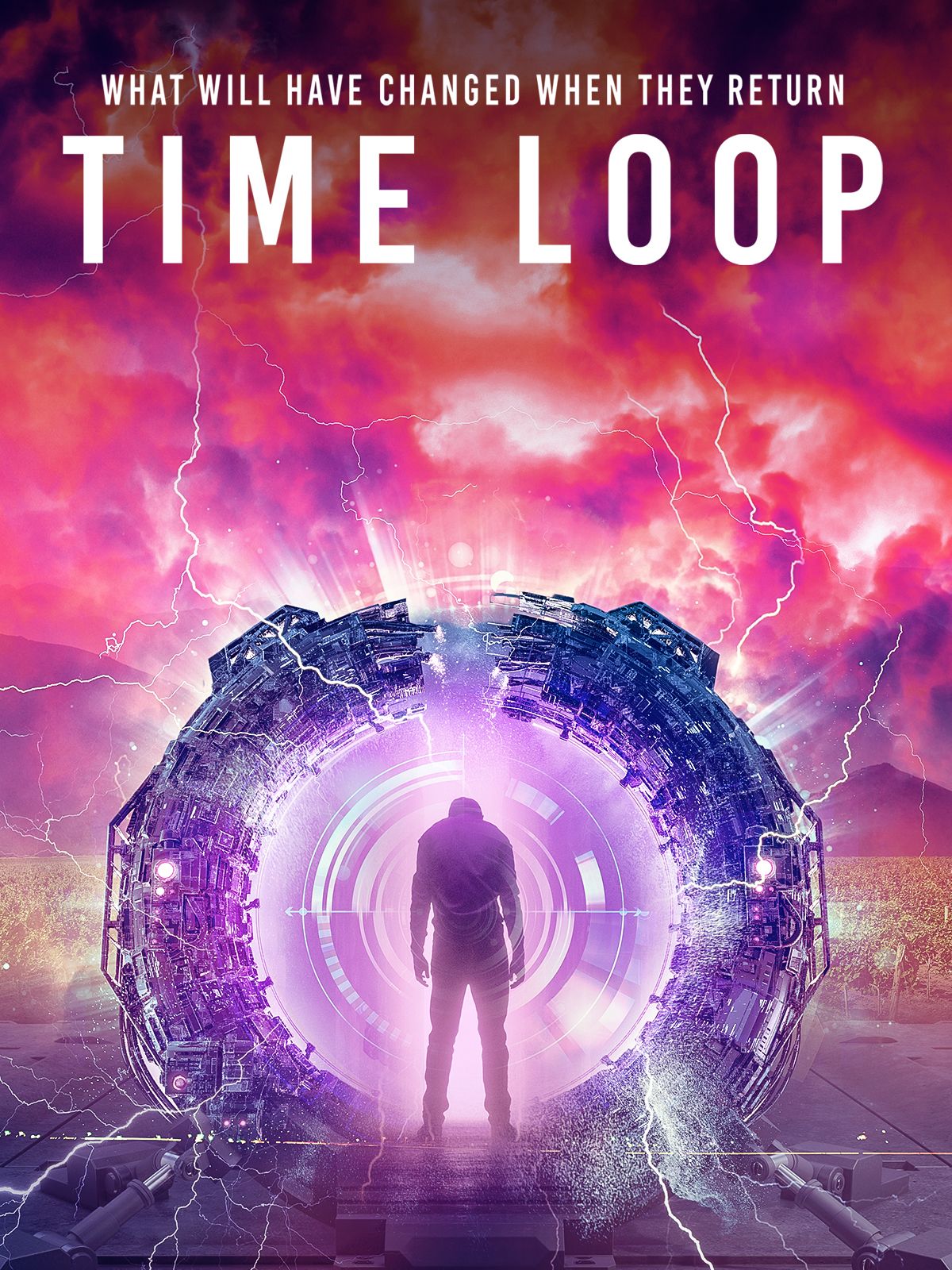 As a big fan of sci-fi movies I had always loved the time travel genre. In particular I really enjoy time loop movies. The premise of a character having to repeat the same day over and over again until they figure out how to break the loop has always intrigued me. This was the main reason why I wanted to check out today’s movie. The movie Time Loop gets right to the point with its title as it is not surprisingly about a person trapped in a time loop. I was a little concerned that the movie appeared to be a smaller budget film mostly because sci-fi/time traveling doesn’t always work all that well on a low budget. As I try to check out every time travel movie though I thought it was still worth checking out. Time Loop is a solid time travel movie whose smaller budget prevents it from bringing anything highly original to the genre.

Ricky has been estranged from his father (Riccardo) for quite a few years after his parents split due Riccardo being more focused on his work than his family. As a scientist Riccardo has basically been blackballed by the scientific community as most think his theories are crazy. Despite not having the greatest relationship with his father, Ricky decides to take an internship with him in order to hopefully reconnect. Working on his father’s theories the two accidentally create a time machine that sends people a little over an hour into the past. Ricky ends up entering the time machine and soon gets stuck in a time loop. Ricky needs to figure out how to get out of the time loop while also fixing the mistakes created by other versions of himself.

After watching Time Loop I had some mixed feelings. There are some things that I liked, but the movie has some problems as well.

On the positive side I think Time Loop does a good job at being a time travel/time loop movie. In many ways the movie follows the blueprint that most movies from the genre follow. Outside of some setup most of the movie is about dealing with being stuck in a time loop. This mostly involves figuring out how to break out of it and fixing all of the problems created by it in the first place. Like all time loop movies this also involves Ricky avoiding other versions of himself in order to prevent a time paradox. The movie does a good job utilizing this as there are some clever moments that take advantage of several versions of Ricky running around at the same time.

Generally speaking I think fans of time loop movies will enjoy Time Loop. The movie does stick pretty close to the genre’s formula as it doesn’t do anything new that I haven’t seen utilized in other movies. I found the movie to be kind of predictable, but that is mostly because I have seen enough movies from the genre where I have become pretty good at figuring out twists ahead of time. If you are looking for a highly original movie from Time Loop you might be a little disappointed. I would say that the movie is still pretty good at creating an entertaining time travel movie though.

Part of the reason why I think Time Loop doesn’t try anything particularly original is the fact that it is clear that the movie was made with a considerably lower budget than most films from this genre. The special effects are mostly limited in order to save money. The special effects that the movie does have are pretty hit or miss. Some look fine and others kind of stick out. With the smaller budget the movie is mostly shot at a home/farm, and in the neighboring town. The movie doesn’t really have any big action sequences. The smaller budget doesn’t ruin the movie, but you can tell that it kind of limited what the movie could ultimately do.

I would say that the biggest problem that I had with Time Loop is that it was kind of hard to follow at times. Some of this is due to it being a time loop movie where it is trying to keep some things vague as it plans to reveal them later. The movie does a pretty good job tying up loose ends at the end of the movie. I think a lot of my confusion with the movie came from the fact that it was sometimes a little hard to understand what a few of the actors were trying to say. The movie is in English but two of the characters have somewhat strong accents where it is not always easy to tell what they are saying. I am guessing this is partially due to the fact that the movie is a British/Italian production. It could easily just be me as I have a hard time deciphering some accents. It could also be the fact that I watched a screener for the film. This doesn’t ruin the movie, but it does make it a little hard to follow at times.

At the end of the day Time Loop is basically what you would expect it to be. The movie is a small budget time travel/time loop movie. Basically someone gets trapped in a time loop and has to try to find his way out while also avoiding other versions of himself. The movie is not highly original, but it does a good job sticking to the formula used by most films from this genre. The movie has a few interesting twists due to utilizing multiple versions of the same character. The smaller budget is noticeable at times though as it lacks big action sequences and the special effects can be pretty hit or miss. The biggest problem that I had with Time Loop is that it is sometimes kind of hard to follow.

My recommendation for Time Loop basically comes down to your feelings towards time travel/time loop movies. Those who don’t care for the genre probably won’t get much out of the movie. If you like the genre though you should like Time Loop and should consider checking it out.

We would like to thank Trinity Creative Partnership, RecDistrikt, and Shine House Group for the screener used to review this film.