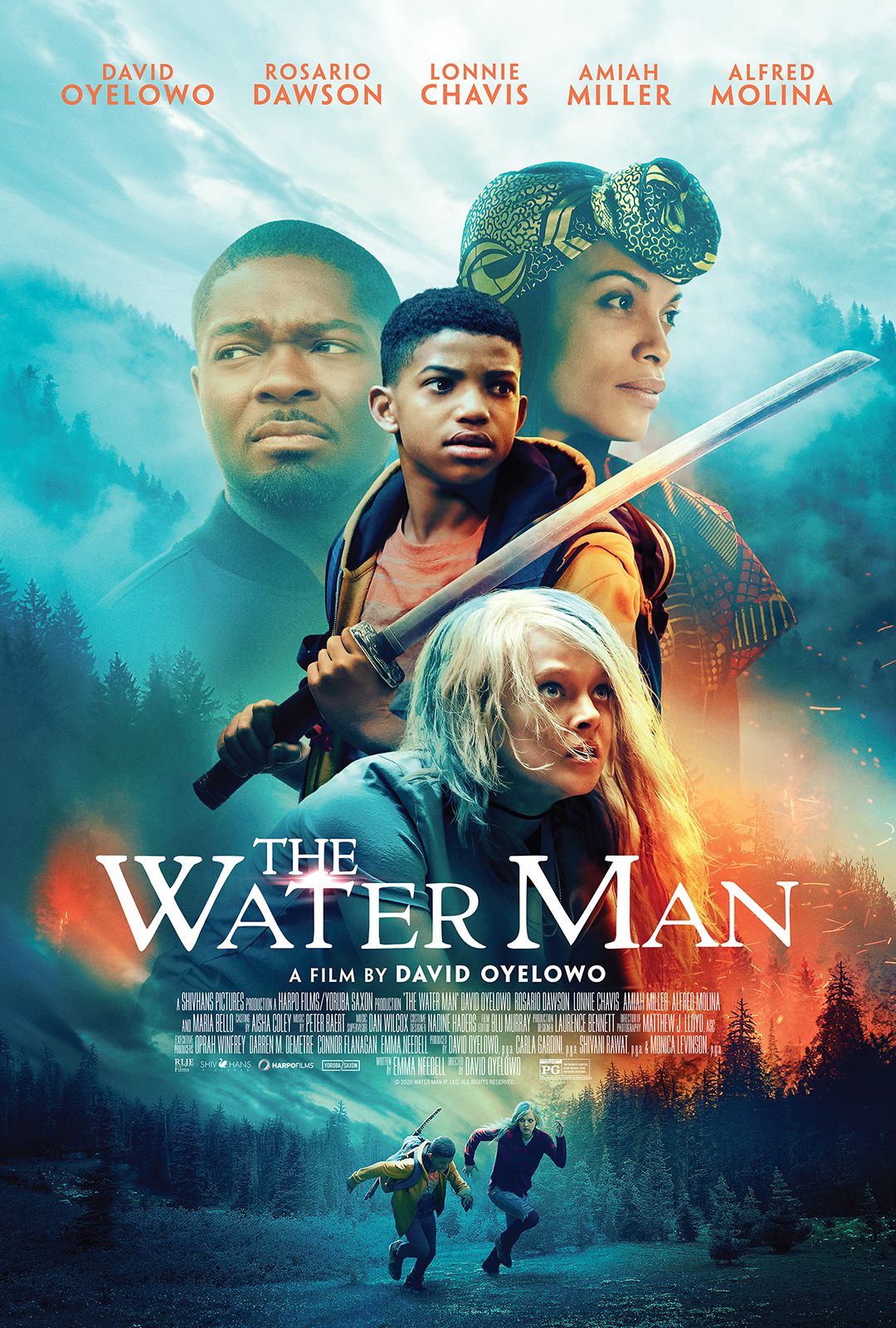 Throughout the 1980s and 1990s a popular genre of children and family movies were built around a group of children going on an adventure with various fantasy/sci-fi elements mixed in. Growing up in the 1990s as a fan of fantasy and sci-fi, I always enjoyed this genre. I obviously don’t watch as many children and family movies as I once did, but this genre doesn’t seem to be as prevalent as it once was. While I am not the target audience for The Water Man, I was still intrigued as I have missed this genre of movie. The Water Man is a solid enjoyable movie reminiscent of 1980s and 1990s kids fantasy adventure movies that unfortunately sticks pretty closely to the formula.

When his mother starts to become seriously ill, Gunner’s family moves from the big city to a rural town hoping that will help with her recovery. As her condition continues to worsen, Gunner tries everything he can to try and reverse the effects of his mother’s disease. While exploring town Gunner hears about the local town legend of a mysterious figure known as “The Water Man”. The rumors say that he lives deep in the nearby woods and has found a way to cheat death. Thinking this might save his mother, Gunner recruits a local girl named Jo who is a self proclaimed expert on the Water Man to help him find out if the local legend is true. Is the Water Man real and can Gunner find him in time to save his mother’s life?

While watching The Water Man it immediately reminded me of the type of family movies that were pretty common back in the 1980s and 1990s. Basically the premise behind these films was that a group of kids would go out on an adventure into the woods or another unfamiliar area for some sort of quest. This would normally also involve some sort of fantasy/sci-fi element. The Water Man is not exactly the same, but I would say that it felt a lot like these type of movies. As a fan of this genre ever since I was a kid, I appreciated this. You can tell that the people behind the making of the film had nostalgia for this type of story.

In general I thought the story was pretty good. I will say that I found parts of the story to be kind of predictable. This was probably at least partially due to having watched quite a few films from this genre. Despite this I still found the story to be enjoyable. The movie does a good job mixing enough action, adventure, and fantasy to keep people of all ages entertained. On top of this the movie has a good message of trying to overcome hardships and dealing with terminal illnesses. The story has some interesting ideas as well which keeps it entertaining.

Making this even better is the acting which is quite good. Its not surprising that the main adult actors David Oyelowo and Rosario Dawson do a good job. With these type of movies the quality of the child actors can be a little hit or miss though. The good news is that I think the main child actors Lonnie Chavis and Amiah Miller do a good job in the movie. The characters are interesting and help push the story forward.

Honestly the biggest issue that I had with The Water Man is simply that it isn’t the most original movie. Those that have already seen quite a few movies from this genre will likely find a lot of similarities with The Water Man. It has some new ideas, but it follows a formula pretty similar to a lot of movies from this genre. If you are a fan of this genre, this shouldn’t be too much of an issue. Those who have never really cared for this genre though probably won’t find enough in the movie to make you change your mind.

The Water Man in many ways reminds me of the children’s adventure fantasy genre of movies that were pretty prevalent back in the 1980s and 90s. I was a big fan of these type of movies when I was a kid, and I think The Water Man does a good job replicating what was enjoyable about them. The film does a good job mixing action, adventure and fantasy elements to tell an engaging story that the whole family can enjoy. The movie’s message is good as well. On top of it all the acting is quite good. The only real complaint that I had with the movie is that it kind of sticks pretty close to the formula of other movies from this genre.

Those who have never really cared for children’s/family adventure movies probably won’t enjoy The Water Man. If you are looking for an enjoyable movie from this genre though, you should enjoy The Water Man and should consider checking it out.

We would like to thank RLJE Films for the screener which was used to write this review.

Recommended For: Those who enjoyed children’s/family fantasy adventure movies from the 1980s and 90s.