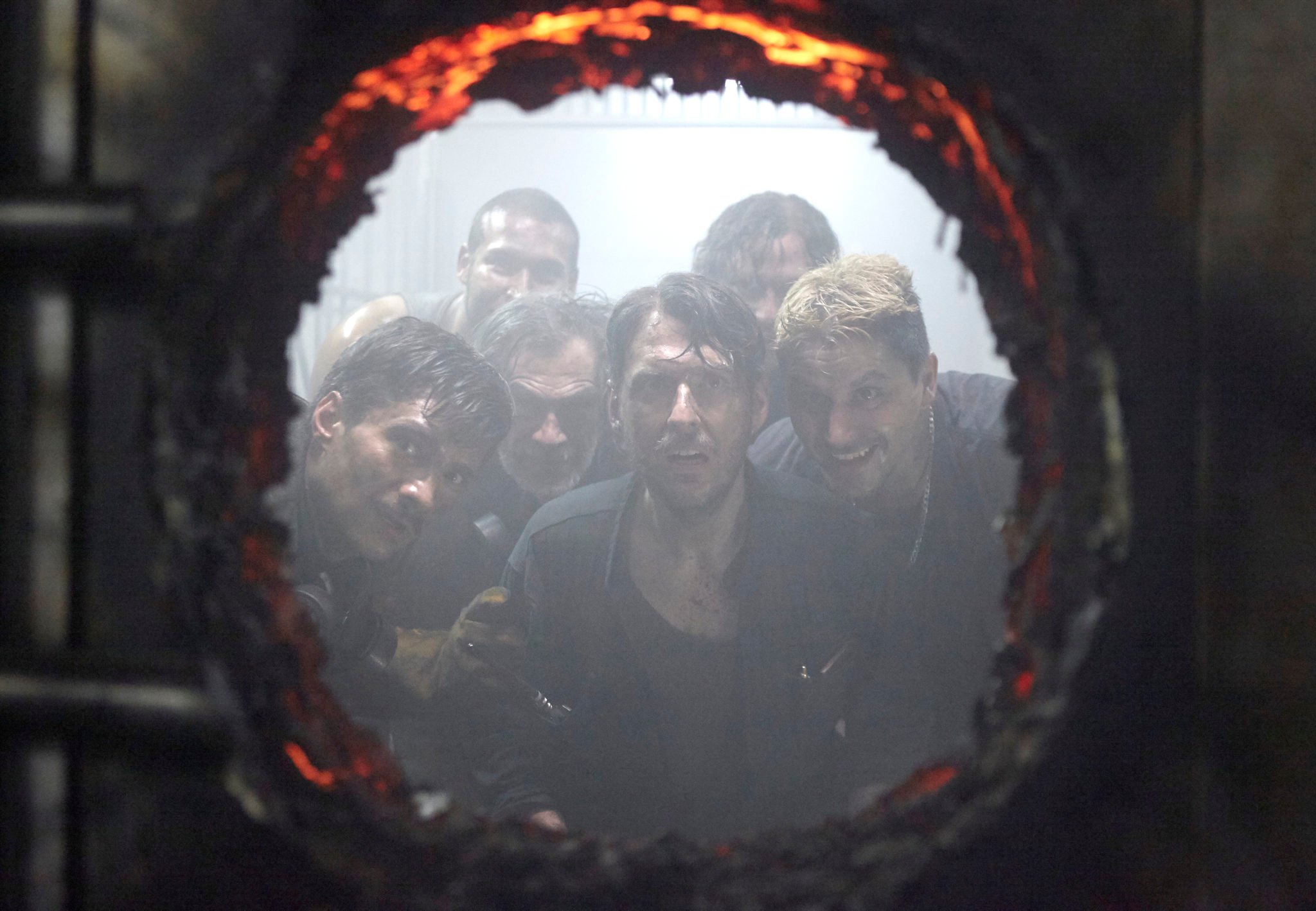 One of my favorite movie/television genres is the heist genre. What I have always liked about this genre is the elaborate plans that go into pulling off a big heist along with the many twists and turns. When Money Heist (La Casa De Papel) was released on Netflix I became a huge fan of the series. While parts three and four were kind of disappointing I was on the lookout for another heist show to get addicted to. With how successful Money Heist was it was no surprise that Netflix would try to replicate that success. Released recently The Great Heist (El Robo Del Siglo) is a Colombian heist show actually based on a real life heist. With how much I like heist shows and the fact that I am a sucker for true stories I knew that I had to check out The Great Heist. The Great Heist tells a compelling story about a real life heist that fans of the genre should enjoy even if it doesn’t reach quite the heights of some of the more blockbuster heist series.

The Great Heist takes place in 1994. Chayo has been out of the thief game for quite a few years after starting a family. When he gets into money troubles and is at risk of losing everything he decides to try one last great heist in order to alleviate his money troubles. He is presented with the opportunity to attempt one of the greatest heists in South American history. He finds out that the Colombian Bank of the Republic is holding a large amount of currency that is about to be transported to a more secure location. To pull off the heist he assembles a ragtag group of thieves, grifters, hustlers, and other petty criminals to pull off the heist before the money is moved. Can Chayo and the rest of his group succeed in robbing the bank and pulling off one of the greatest heists in South American history?

When I heard that The Great Heist was based off a real robbery I was intrigued. I am a sucker for true stories and a bank heist on top of that could have lead to a really compelling story. As many of these type of stories are tweaked to make them more entertaining I am always a little leery of things that claim to have been based off of true stories. In the case of The Great Heist I couldn’t find a lot of information about what truly happened so I am not sure how accurate it is. The main elements of the story seem to be true as the robbery did actually occur and the outcome seems to be accurate. I am guessing the heist didn’t go exactly as portrayed in the miniseries though as each episode of the series concludes with a legal statement that says that it was based off various public statements and doesn’t constitute legal guilt along with other legal language. For this reason I am guessing that parts of the story are made up or are based off of educated guesses.

I like many people probably immediately compared The Great Heist to Money Heist. This makes some sense as both are foreign series from Spanish speaking countries focused around large bank heists. There are some elements of the show that are similar mostly due to them both being from the same genre. The overall feel of the two shows are quite different though. Money Heist is mostly focused on just the heist and the planning behind it. The Great Heist has more of an emphasis on the character’s lives before and after the heist. The heist itself actually takes up considerably less of the miniseries’ run than I would have thought.

I think most of the differences are due to the miniseries being based off of true events.  This obviously puts limits on the show as it can’t have the elaborate plan that most heist movies/shows have. I have seen a number of movies/shows based on real life heists, and they are never as elaborate as movies show as those elaborate plans never work in real life. On the positive side you know that the events or something similar to them happened in real life. Thus the story is much more grounded than you typical heist movie. Those who don’t like when heist movies/series become so outrageous will appreciate this approach. The story is also quite a bit more gritty/dark than your normal heist series. The fact that the series spends quite a bit more time with the characters before and after the heist is a nice change of pace. Those that are looking for a more gritty heist series will probably really enjoy The Great Heist.

The biggest problem that I had with the series is due to it being based on a true story. Due to this fact I found the heist itself to be kind of lackluster compared to many heist series/movies. The heist itself isn’t very elaborate. There is no deep plan featuring many different moving parts. There aren’t any really clever twists where you wonder what is going to happen next. When you think about this it is understandable as bank heists in real life are never nearly as cool or elaborate as they are on screen. This is still a little disappointing though. If the main reason that you like the heist genre is the elaborate plans you might not like The Great Heist as much as other shows/movies from the heist genre.

At the end of the day I liked The Great Heist, but I was also a little disappointed. The series tells a compelling heist story based on true events. The acting is quite good and the story has some interesting characters. The fact that the series spends more time before and after the heist than most heist series was also refreshing. With the series being based on real events it feels a little darker/grittier than most heist series. Those that are interested in a more grounded heist story should really enjoy this. I was a little disappointed by this element though as it just doesn’t reach the highs of a great heist movie. The problem is that the overall heist plan is not particularly elaborate which might disappoint some that are fans of deep plans filled with a lot of twists. Even though it was based on real events I was a little disappointed by the overall scope of the actual heist. I still enjoyed the series, but it didn’t quite reach the highs of a series like Money Heist.

My recommendation for The Great Heist basically comes down to your opinion of the show’s premise. If you aren’t a big fan of the heist genre I would probably pass on The Great Heist. Those who liked Money Heist or other heist shows/movies should enjoy The Great Heist as long as they don’t mind that it is a more grounded story. The show is not perfect, but I enjoyed it enough that I would generally recommend checking it out.

Recommended For: Fans of Heist Shows