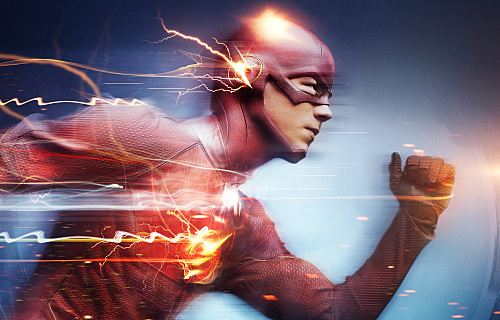 Last night The CW premiered the pilot for the show The Flash. Being a spin off of Arrow the show already had a lot of things going for it. I really like Arrow and would probably consider it to be one of the better shows on television right now. The crossover episodes on last season of Arrow intrigued me so I decided to give the show a shot. While it didn’t quite live up to my expectations, it was still a good show.

Usually I don’t watch new shows right away. In the current television climate, so many shows get canceled so quickly or are dead men walking the whole season. Very few new shows even get a second season. Therefore it is hard for me to give new shows a chance unless I know that they will be successful enough that they are likely to get at least a second season. I felt comfortable giving The Flash a chance though since it already had an established fan base due to Arrow, the show was getting a lot of positive buzz, and The CW was investing pretty heavily in advertising for the show. It turns out I was right and The Flash did quite well in the ratings. It was the highest premiere rating for a CW show since 2009 and it actually beat quite a few shows on the major networks. The show is not safe yet since the show’s ratings could fall quickly but if it does even close to as well as its’ premiere, The Flash should be a pretty safe bet to last at least a couple seasons.

Overall I thought The Flash’s pilot was good. It was entertaining and provided what people have come to expect from superhero shows. It was a little slow at times which kept it from being great but that is to be expected from a pilot where all of the main characters have to be introduced. Overall the characters seem to be interesting. I like the character of Barry Allen which is not surprising since I liked the character on the two episodes that he appeared on in Arrow. The police department aspect of the show is decent but could use some work. At this point none of the police characters are that interesting. The S.T.A.R. lab crew is more interesting in my opinion even though Caitlin and Cisco could use more development since at this point they are just your typical nerd characters. Besides Barry Allen, Harrison Wells is the most interesting character. As shown in the final scene of the pilot, Harrison is clearly hiding something and thus could turn into a very interesting character.

The one thing that I was a little surprised by was that The Flash appears to be more in vein with former CW show Smallville than its’ launching point Arrow. It is probably mostly due to the character, but The Flash appears like it is going to be a little more of a lighthearted superhero tale than its’ darker counterpoint Arrow. That is not necessarily a bad thing since in addition to Arrow, I enjoyed Smallville when it was on the air.

The one thing that I am a little concerned about is the lasting ability of the show. With a power such as super speed, I fear that the show might become too reliant on it. While it may work for a while, the show will need to find new ways to combat villains other than Flash just running really fast. If the show resorts to that the show may become boring quite quickly. I am guessing that the show will find a way to address this issue.

Overall the pilot was not perfect but The Flash shows quite a bit of potential. Unless things drastically change, I plan on continuing to watch the show for the foreseeable future.

If you were unable to see the pilot last night, you can catch up on the show on The CW’s official website cwtv.com.