Each game of Siegecraft Commander begins with two teams starting with just a keep. To declare victory you must destroy the other player’s keep. To do this you need to continue building towers as you make your way towards destroying your enemy. So how do you build new towers? Why by launching them out of another tower of course. Basically you use one tower to shoot out a cannonball which builds another tower if it lands in a valid location. This leads to an interconnected group of towers. This web of towers is really important since when a tower is destroyed all towers that branched off from that tower are also destroyed.

So now that you have towers built, what do they do for you? This is where the tower defense and RTS elements come into the game. The basic tower in the game is an outpost that allows you to fire projectiles at your opponent but also acts as a bridge for your network of towers. The second type of towers are projectile towers. These towers attack enemy forces as they move past them. The final type of tower in the game is a unit producing tower that automatically spawns units to fight on your side. Once spawned units immediately start attacking the enemy.

One of Siegecraft Commander’s greatest strengths is that the game is easy to play. I played the game on PC with a Xbox controller and the controls are easy to learn and work well despite RTS games generally not working well with a controller. The game uses a system where you select a tower and are then presented with the options of what you can do with that tower. After making your selection you will get to fire the projectile/tower you chose. Since most of the game involves shooting projectiles/towers, the game gives you two ways of launching them. The first works like a slingshot where you pull back and let go which launches the projectile. The second option has you aim and set the power of your shot before firing. Of the two options I definitely prefer the second option since it is much easier to control in my opinion. That is basically all there is to the controls which is nice since it should translate well to the different controllers used by each system that the game will be launched on.

At this point Siegecraft Commander has both single and multiplayer options. In the single player there is a campaign mode which mostly just destroying your enemies’ keep. The enemy AI seems adequate for the four or five missions that I have completed so far. I wouldn’t say that the AI is really hard or easy. It is actually challenging enough that I actually had to restart one of the missions a couple times as I tried to figure out the best strategy for playing the game. Once I developed a strategy though defeat was never a likely option but the computer fought back enough that it was more like a game of tug of war than total destruction.

As far as multiplayer there are two different modes. First there is a mode similar to the single player where everything happens in real-time as the two players are trying to destroy each other’s keep. There is also a turn-based mode where the players take turns which should be more of a tactical experience than the real-time option. I have yet to play the multiplayer yet but I can see Siegecraft Commander being a really good multiplayer game if it builds a following.

The thing I found most interesting about Siegecraft Commander is that it has more depth than I was expecting. At first I thought the game was going to be kind of gimmicky with the whole cannon mechanic but there is actually quite a bit of strategy to the game. There isn’t as much strategy as your typical RTS game but you need to plan out what you are going to do or you are not going to do well in the game. You need to take advantage of all of the different towers and not just spam one type of tower like I did when I first started playing the game. I tried to build a bunch of towers that would spawn soldiers but that didn’t work that well. You need to think out what towers to place and where to place them. It also doesn’t hurt if you are good at aiming and firing the cannons.

While I really enjoyed my time with Siegecraft Commander there are three areas where I think it could use a little work before the final version of the game is released.

The biggest complaint I have with the game is that there are no direct ways to get rid of towers that you misplaced. Basically the only way to remove one of your towers is to use your own towers to launch projectiles at it to destroy it or wait for the enemy forces to destroy it. When you get really good at the game this might not be a huge issue but if you have to change up your strategy it is a hassle wasting time trying to destroy your own towers. You could also accidentally miss the tower you were aiming at and end up hitting an unintended tower destroying a bunch of towers like I ended up doing once. In the final release of the game I would like to see a way to automatically destroy a tower if you want after you select it. I think this would cut out a lot of unnecessary hassle in the game.

The second thing I would like to see is a way to better predict where your projectiles will land. The game does a good job letting you aim your shot. I wish it was easier to predict how much power to put into a shot though. While the game obviously can’t show you exactly where a shot will land (since that will make the game too easy), it currently relies a little too much on trial and error as you shoot and then correct your next shot by either putting on more or less power. I am guessing the more you play the game the better you will get with judging how much power to put into a shot but I think the game could give you a little more information to go on.

The final issue is a problem pretty much every early release of a game has. In the preview build I had some issues with framerate. My computer is not a powerhouse but it is considerably better than the minimum system requirements. In order to get a decent framerate I had to significantly reduce the graphical settings and resolution. I wouldn’t say this is a huge issue at though since most early releases of games have similar issues which get fixed before the final version of the game is released.

While Siegecraft Commander is not a perfect game, the game shows a lot of potential. I never thought I would see a game that combined a RTS and tower defense with cannon mechanics and yet it somehow works. I was actually quite surprised by how much strategy there is in the game. So far I have only played the game for 3-4 hours but I enjoyed Siegecraft Commander quite a bit and am looking forward to the final version of the game. If the game doesn’t sound like your type of game it probably won’t change your mind but if it sounds interesting to you I would definitely check out Siegecraft Commander when it is released on January 17th, 2017. 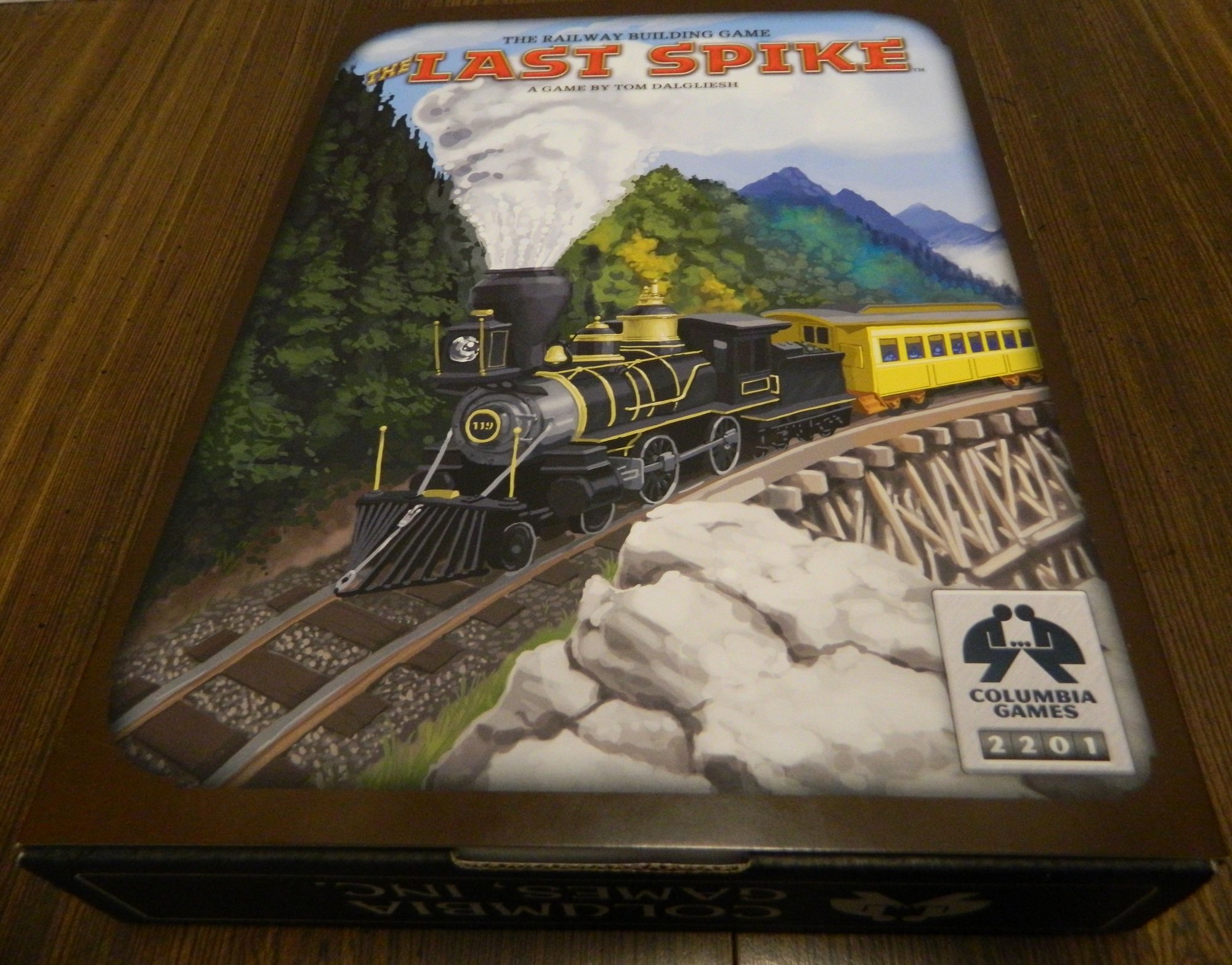 The Last Spike (2015) Board Game Review and Instructions
Click here to cancel reply.