Originally released just a little under four years ago the original Poly Bridge became a pretty big hit considering that it is an engineering puzzle game. Basically the premise of the game was to create a bridge or other contraption that would help get vehicles across a gap. There have been a number of different bridge building games created in the past. While I have yet to play the original Poly Bridge I have enjoyed other games from this genre so I was really intrigued to check out Poly Bridge 2. As a fan of puzzle games in general I have always been kind of intrigued by this genre of puzzle games. Despite quite a bit of trial and error and some hilarious failures along the way, Poly Bridge 2 gives you everything you could ever want for a fun and challenging bridge building puzzle game.

Anyone familiar with the original Poly Bridge or bridge building games in general should already have a good idea of what to expect from Poly Bridge 2. Like the original Poly Bridge in each level you are given a situation that you have to overcome. In most cases you are given one or more vehicles that have to make their way across a gap. You likely are going to have to build a bridge of some sort, but ramps and other contraptions are sometimes warranted. Once you have finished building you can run the simulation to see if your bridge/ramp/etc gets the vehicle to its location or whether it breaks at some point. If it fails or you want to make improvements you can return to the build menu and quickly tweak your design.

As for building your bridge the game utilizes an anchor point system. The game has a number of different materials that you can utilize. These mostly involve different types of road and materials to build support beams. All of these types of materials have different costs and strengths. In most levels you will begin by placing the road pieces which the vehicles will drive on. As gravity exists in Poly Bridge 2 though this is not enough. You need to build a support structure for your bridge in order to distribute the weight so the bridge doesn’t collapse. To build the support structure you will use a system of anchor points to connect support pieces together or to connect them to the road. To place a piece of road or support structure you have to click on one of these anchor points and then either click another anchor to snap them together or an empty space to create a new anchor point. As this game is based off of engineering/physics your friend in Poly Bridge 2 is triangles. You will have to build a lot of them if you want to succeed as they are the most efficient shape at distributing weight.

Playing Poly Bridge 2 is pretty much an experience in trial and error. Unless you are an engineer or an expert in these type of games you have no idea whether your first plan is going to work. On your first attempt at a challenge your bridge will likely not get the vehicle(s) to the right spot or in most cases will collapse spectacularly. You then have to return to the drawing board to try and fix the issue that lead to your previous failure. It is a nice touch that the building area kindly points out which part of the bridge failed first so you can get a general idea of which areas you should focus on. After addressing these issues you run another simulation where something else goes wrong. This is basically the process you must follow until you create a bridge that actually works.

Normally this would be kind of a frustrating experience as you will likely fail a lot. It never really becomes too frustrating though. I attribute this to a couple things. First even when you fail you will usually fail spectacularly. Maybe it is just me but when your bridges and contraptions fail they usually do so in a way that is quite funny. Even your successes can be funny when you solve the problem in a creative way or somehow succeed even if there is no way that it should have worked. This keeps the trial and error mechanics from becoming overbearing as you will have fun even when you are failing.

The other reason why Poly Bridge 2 is so satisfying is because the gameplay is just really fun. Poly Bridge 2 is not going to be for everyone as it is a puzzle game. As a big fan of puzzle games though I really enjoyed playing Poly Bridge 2. I think the gameplay succeeds because it is really simple and yet complex at the same time. The controls are so simple as you just choose a type of material and just drag and drop. The game features a lot of nice quality of life improvements which make building quick and easy. The game even gives you an indication of whether you can reach an anchor point based on your current position and chosen material. This makes it easy to place anchor points and not have to go back and adjust where you placed them. These little mechanics make building really accessible and fun.

While the building is easy, finishing the challenges are a different matter. In most levels the game gives you a lot of freedom. While you are usually best off just building a bridge, in many levels you can build a ramp or other contraption. Even when choosing how to build your bridge you have a lot of options. The layout of the roads and the support structure is all up to you. The levels give you some limitation on what materials you can use, but you otherwise can make whatever you want. Want to make a simple straightforward bridge or a wacky over the top bridge? While this might impact whether you complete all of the objectives, you can build whatever you want even if your final result may collapse under its own weight.

Each level in the game has three different challenges that you can try to complete. The most obvious is just getting the vehicles to their final destination. You have to complete this challenge if you want to proceed to the next level. On its own this isn’t that difficult as you can use a bunch of materials and use higher quality components in order to guarantee your success. Adding additional challenge is trying to keep your bridge intact for the entire simulation. This involves some fine tweaking of your bridge to strengthen weak points. The hardest challenge is meeting the cost target though. While you can spend as much as you want on your bridge, for the final challenge you need to wisely use materials and cut costs wherever possible. In some levels it is easy to get under the budget while in others you will have to trim and edit your working bridge as you find ways to save money. Creating a bridge that meet all three challenges can be quite difficult in some levels.

As Poly Bridge 2 is an engineering puzzle game it is not surprising that the game utilizes a more laid back feeling. There are no time limits in the game as you can take your time to think or tweak things until they finally work. The game utilizes more of a low polygon style which I think works really well for the game. I have always been a fan of the more minimalist style and I think it works really well supporting the more laid back feeling of the game. The game’s soundtrack works perfectly for the game as well. If you want a laid back puzzle game you can’t do much more than Poly Bridge 2.

I really enjoyed playing Poly Bridge 2. I would say that the biggest issue I have with the game is the fact that the gameplay never really changes. Each level gives you a different challenge, but you are still just following the same process to build a bridge or other contraption. The gameplay is still really fun, but it can become a little repetitive after a while. I don’t see Poly Bridge 2 being the type of game that most people would play for hours at a time. It works much better as a game that you play for an hour or so and then come back to another day. I don’t really think there is anything that the game could have done to alleviate this either as there really aren’t any other mechanics that you could add to a bridge building game. Poly Bridge 2 is still a really enjoyable game, but the gameplay remains mostly the same throughout the entire game.

As for the length I can’t give you a definitive total as I haven’t finished all of the levels at this point. The game features at least four different worlds with each world featuring 16 levels. I am not sure if more worlds unlock once you have completed these first four worlds. Otherwise the game features a level creator where players can build and share levels with other players. The main levels will take quite a bit of time as you work through the trial and error process. The addition of the level editor gives players many more options as the game could ultimately have an almost unlimited number of levels. If the game develops a good online community there could be a ton of fun additional content to check out beyond the main game.

Poly Bridge 2 is basically exactly what you would expect. If you have played the original game or another puzzle bridge building game you already know what it is going to be like playing Poly Bridge 2. Basically you have to build a bridge or another contraption to get vehicles across a gap. Poly Bridge 2 has a few new additions to the original game, but in many ways is mostly the same game. The game is mostly a trial and error experience as you build a bridge, it fails, and you tweak it hoping it will do better in your next attempt. Your bridges will regularly fail, but it avoids becoming frustrating as watching your failures are still enjoyable. Poly Bridge 2 mostly succeeds because the gameplay is quite simple and yet it gives players a ton of options. Adding in the extra challenges of making sure no parts of your bridge break and finishing the bridge under budget adds enough challenge to the game to keep it interesting. Poly Bridge 2’s gameplay never drastically changes though which means that it is more the type of game that you will want to play in shorter doses.

My recommendation for Poly Bridge 2 is simple. Did you like the original Poly Bridge or do you think the idea of a puzzle game built around making bridges sounds fun? If you answered yes to either question you will likely really enjoy Poly Bridge 2 like I did and you should really consider picking it up. 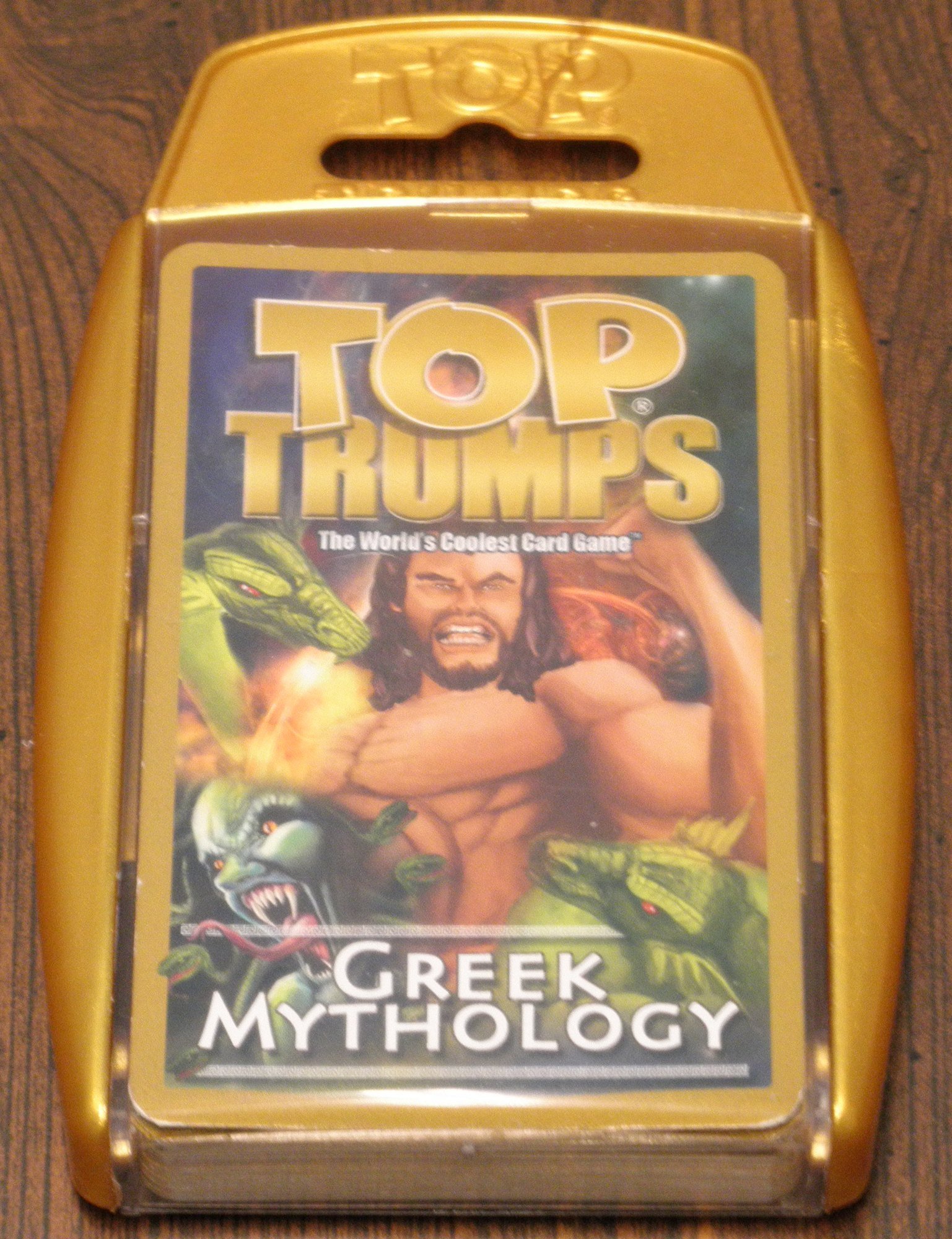