Shuffle the cards and deal eight cards to each player if there are two, three or four players. If there are more than four players, deal seven cards to each player. The rest of the cards form the draw pile. The top card from the draw pile is placed face up to start the discard pile. If this card has a special ability, it is treated as if the dealer played it so they get the benefit of the special ability. The first player to play cards is the player to the right of the dealer and play moves in a counter clockwise manner.

On a player’s turn they can play one of their cards. A player can play any card that matches the color, number, picture or message of the top card of the discard pile. A wild card can be played on top of any card. If a player is unable to play a card they must draw the top card from the draw pile. If the player can play this card they can play it immediately. If they can’t play it they must add it to their hand. 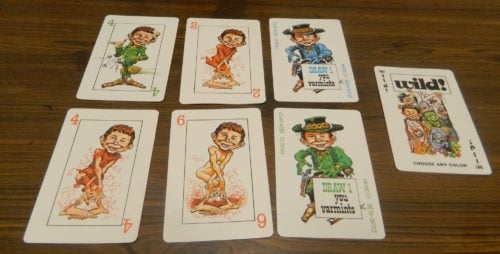 Other than the numbered cards, the MAD Magazine Card Game includes some special cards. Most of the special cards are self explanatory except for the following: 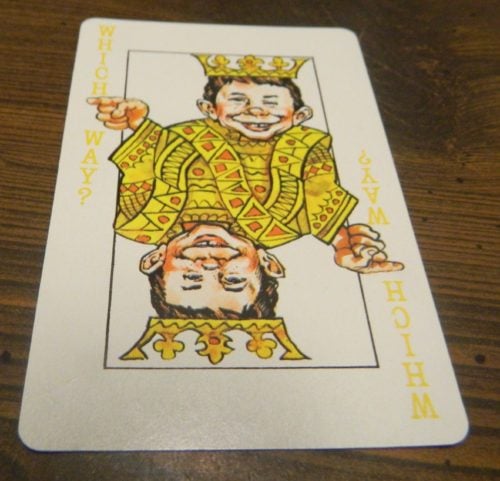 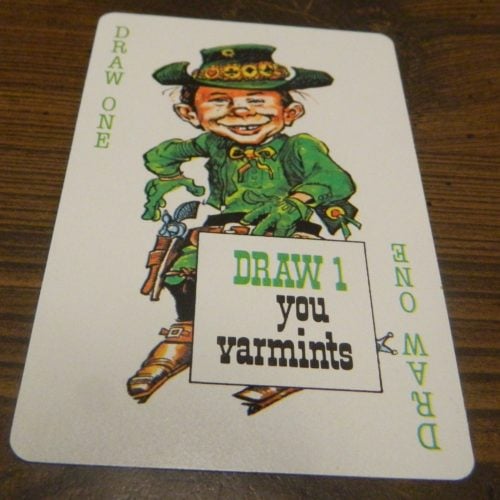 Draw 1 You Varmints: All players but the player who played the card has to draw one card from the draw pile starting with the next player. 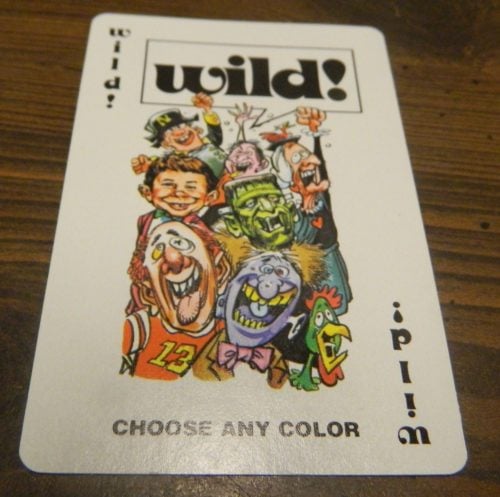 Wild: Any card that features the words “wild!” acts as a wild card. The player who played the card can change the color to any color that they want.

and/or Wild: Any cards that say “and/or wild” act as wild cards allowing players to change the color. These cards also have another ability printed on them. The player who plays it gets to choose whether they want to activate this ability. 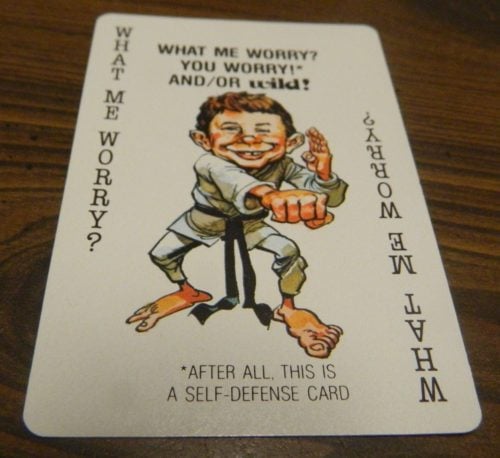 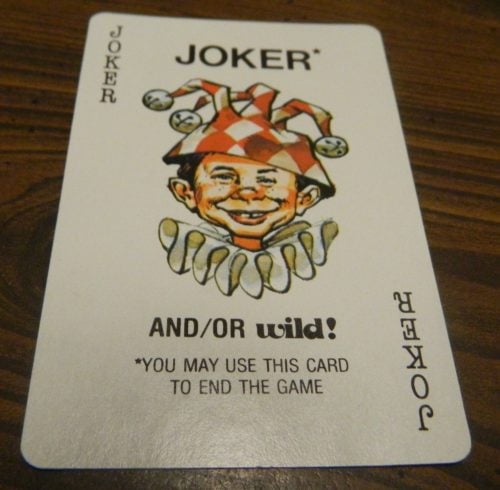 Joker: In most cases the Joker card works like a normal wild card. If you only have one, two, or three cards in your hand when you play the Joker you can choose to immediately end the game. The winner is then determined by the value of cards in each players’ hand. Each number card is worth the number printed on the card. All other cards are worth five points. Whichever player has the least points wins the game.

Since pretty much everyone has played UNO or Crazy 8’s at one point in their lives I am not really going to talk much about these aspects of the game. Most people either love or hate these style of games. The main gameplay mechanics are exactly the same in the MAD Magazine Card Game. You play cards that match the color/number/text of the card that was last played. Occasionally you will play a special card that affects how the game proceeds but you basically just try to get rid of all of your cards.

These special cards are interesting because in some ways they make the game better but in other ways they make it worse. The game has a larger take that feel to it than UNO which includes quite a bit more luck. Getting a special card usually gives the player a big advantage in the game. If you hate take that cards I don’t think you will like the MAD Magazine Card Game. At the same time the special cards do add some interesting mechanics to the game and make the game a unique experience since there is more to the game than just playing cards that match numbers or colors. Choosing when to play these cards actually adds a little strategy to a game that has next to no strategy otherwise. I find it strange that these special cards both add luck and strategy to the game at the same time.

Having never really read the MAD Magazine, I wouldn’t really consider myself to be a big fan of the MAD Magazine theme. That isn’t a big deal since the game has very little to do with MAD Magazine. Outside of the MAD style artwork, the magazine has no impact on the game since none of the mechanics are related to the theme. Some of the text on the cards tries to be funny but I didn’t really find the game to be very funny. Fans of MAD Magazine will probably really like the game’s artwork but otherwise the game doesn’t really offer much for fans.

Your enjoyment of the MAD Magazine Card Game comes down to whether you enjoy UNO/Crazy 8’s. If you can’t stand these games there is no reason why you will like the MAD Magazine Card Game since it is essentially the same game with some additional special cards. The special cards add a little more strategy to UNO but at the same time add more luck since most of them are overpowered. Fans of the magazine could also be a little disappointed since the theme doesn’t really apply to the game other than the artwork on the cards.

My mom and I are playing the Mad game. I laid down a give 2 cards card and she threw a what me worry down and I threw one down on top of hers. Whose turn would it be given there are only two of us?

Since the "what me worry" is only a defense card and not an actual turn, it seems pretty clear to me that the next turn belongs to your mom, since you played the "give 2 cards" on your last turn. Also, you were able to give her 2 cards after all because of your "back at you" thing.

That is an interesting scenario. Unfortunately the rules don't specify how the situation should be handled. Therefore I think you could handle the situation however the players prefer. I could actually see either player getting the next turn. The rules specifically say that the next player after the player who played the original card gets to play the next card. Following the rule you would think that you would then get to play two cards in a row, the "what me worry" and then another card. This would allow you to play two cards in a row though and I don't know if that was intended either. This is why I could also see your mom getting to play the next card.

The designers of the game must have never thought of this scenario as it is never addressed in the rules. It never even says whether you can use a what me worry card on another what me worry card. Therefore you could interpret that rule however you want as well.