In this article I am going to look at some of the most interesting games that have popped on Kickstarter in the past week. This week I found eleven Kickstarter board games that I feel deserve a mention as games you may be interested in backing. 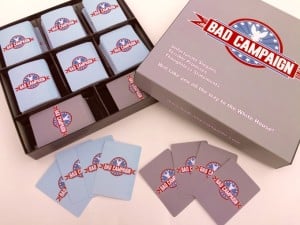 Are you sick of politicians? Its’ about a year and a half until the next presidential election and I sure am. If you are like me, you may want to look into the game Bad Campaign.

Bad Campaign is a game like Apples to Apples where each round a card is drawn. This card will have a phrase with a blank in it. These phrases either reference political cannidates or the political system in general. One player is the judge for the round while the rest of the players choose a card from their own hand in order to fill in the blank. The judge decides which card deserves to win the round.

Since the game makes fun of both Democrats and Republicans this game could work for people on both ends of the political spectrum that want to make fun of some of their elected officials.

Bad Campaign could be bad or good. I generally like these Apples to Apples type of games. The humor seems more on the mature side though which I don’t usually like.

Bad Campaign was created by Dave Campbell. The campaign hopes to raise $5,000 and is currently around the $1,000 range. The campaign ends on August 28th, 2015. Kickstarter page 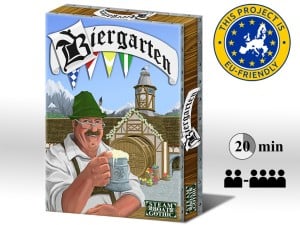 In Biergarten you are a restaurant owner that is trying to expand their biergarten (outdoor patio section of a restaurant). The game seems to play like a tile placement game as you add cards to your biergarten. Your score points by placing cards that share common colors together and there are some other ways to score bonus points.

While the theme doesn’t particularly interest me, the game looks promising. The artwork and components look really nice. The gameplay appears to have a unique take on tile placement games like Alhambra. With a game length of 20 minutes Biergarten looks to be a lighter to moderate difficulty game.

Biergarten was created by Andrew Sallwasser and Lauren Sallwasser. The campaign hopes to raise $15,000 and is currently around $1,500. The Kickstarter campaign runs until August 29th, 2015. Kickstarter page 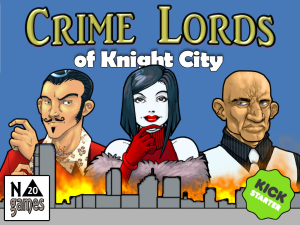 In Crime Lords of Knight City you and the rest of the players work together in order to try and stop a crime lord from taking over the city. Players work together in order to solve crimes before they go cold. Crimes are solved when players play cards from their hand that match the symbols on the cards. Players need to work together quickly though because if too many crimes go cold, the crime lord will win the game. If players solve enough crimes they will save the city.

Its hard to tell which way this game will go. It looks interesting and I always like a good co-op game. The game seems pretty easy to play. My concerns about the game are whether the game will be original enough. I have played/heard of quite a few other games that have done similar things mechanic wise. 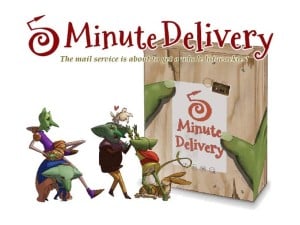 For the people who have little free time but still want to play board games comes the game Five Minute Delivery. In Five Minute Delivery you take control of a goblin who is trying to deliver packages around town. In a unique twist, movement in the game is dictated by a MP3 narrator which will be included with the game. Everyone plays at the same time so the game may become hectic when everyone is trying to deliver their packages at the same time.

Being true to its’ very descriptive title, the game claims that every game should last around five minutes. In the past I have liked quite a few fast paced everything goes type games like Blink. I think the key to Five Minute Delivery will be how simple it ends up being. Since the game is made for families I worry that the game will be too simple for adults and older children. The artwork and the production quality look really good so if the concept looks interesting to you you should look into the game.

Five Minute Delivery was created by Chapter 3 Games. At this time it has raised about $4,000 out of the $16,000 that it hopes to raise. The Kickstarter campaign runs until August 28th, 2015. Kickstarter page 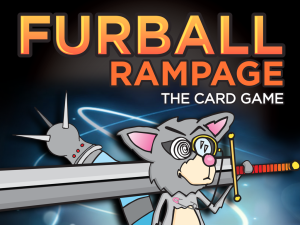 Furball Rampage is a game where you take control of a cute little animal that has been abducted by aliens and genetically modified. The object of the game is to equip yourself with various weapons from around the alien facility in order to try and make your escape.

Furball Rampage is being developed David Olsen and Laura Olsen. The campaign is looking for at least $9,000 in funding and is currently around $2,000. The Kickstarter campaign ends on August 29th, 2015. Kickstarter page 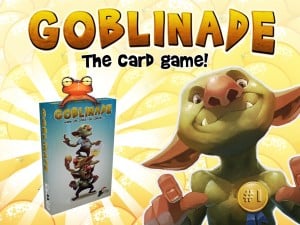 You play as a goblin who has a passion for making drinks. You have decided to open up your own drink stand. You need to collect different ingredients in order to attract different customers to your stand. You are not alone though as you will be competing against the other players for the customers. The game also includes cards that give yourself an advantage or hinder your opponents.

Without having played the game it is kind of hard to judge Goblinade at this point in time. The artwork looks great and the gameplay shows potential. It will likely come down to how strategic the game will be. The game is being built as a family game so it won’t be super strategic but if it stays strategic enough to keep adults interested, it could be a good game. 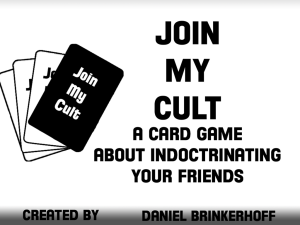 Will you join my cult?

We here at Geeky Hobbies are fans of the Apples to Apples genre of board games where players play cards in order to win a judges approval. This is usually accomplished by making them laugh. While the topic is a little dark, I think Join My Cult has some potential.

In Join My Cult two players choose one black and three white cards from their hand that they would like to use for their cult. The black card gives a name to your cult and the white cards are used to show off some of the perks of joining your cult. After all of the cult cards have been revealed both cult leaders try to convince the other players why they should join their cult. After both players have made their arguments the other players decide which cult they would like to join. The player who persuades the most people to join their cult will win the game.

I am interested in what this game will end up like. The game seems to be taking a humorous take on the subject of cults. If the game is funny Join My Cult could be another fun party game like Apples to Apples. If the game doesn’t distinguish itself it will be no different than the many other Apples to Apples clones.

Join My Cult was created by Daniel Brinkerhoff. The game is trying to raise $10,000. The Kickstarter campaign runs until August 19th, 2015. Kickstarter page 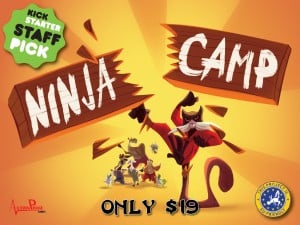 Did you like the movie Kung Fu Panda? Ninja Camp’s theme seems to borrow pretty heavily from that movie. The game does look pretty interesting though. The gameplay mixes a card game with a movement game where you use cards to move your ninja around the camp. While moving around the camp cards will be removed from the board which will make movement more difficult. Ninja Camp looks like it will have a good balance between being accessible for children while providing enough strategy for adults.

Ninja Camp is being created by Adam E. Daulton and is being made by Action Phase Games who have had three successful Kickstarter campaigns in the past. One of their campaigns raised over $100,000. 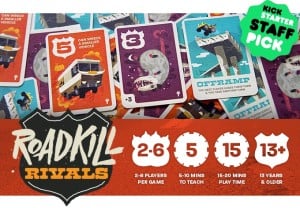 I never thought I would see a roadkill card game but I guess I was wrong. The object of the game is run animals over with your vehicle. While the topic of the game may turn some people off, the game looks like an interesting card game.

Roadkill Rivals looks to be a filler type card game that supposedly takes fifteen minutes to complete. The game seems easy to pick up and should appeal to fans of more casual card games. The artwork in particular really stands out. If you are unsure about the game, the Kickstarter page includes a print and play copy so you can try out the game before you make a pledge.

Roadkill Rivals is created by Matt Graff and the artwork is created by Jolby & Friends. The campaign is looking for $20,000 and is currently around $7,000-$8,000. The Kickstarter campaign ends on August 20th, 2015. Kickstarter page 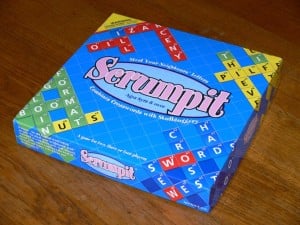 Do you like word games? Do you wish there was more to Scrabble other than just spelling words? Well Scrumpit may be for you.

In what seems like an interesting twist on the game Scrabble, Scrumpit combines the spelling action of Scrabble with some strategic placement elements. Like normal Scrabble all of the players spell out words with tiles. What Scrumpit adds is a special section of the board for each player where they are trying to build towards. By playing tiles in your own section of the game board you are able to score more points and steal other players tiles from the game board.

While I don’t hate Scrabble I wouldn’t consider myself a big fan of the game either. Scrumpit looks interesting because it adds some unique elements to the genre which would be interesting to try out. If you are a fan of Scrabble I would look into this Kickstarter project.

Scrumpit was created by John Mott, Paul Cope, and Mark Cope. The campaign is trying to raise $55,000 and runs until August 26th, 2015. Kickstarter page. 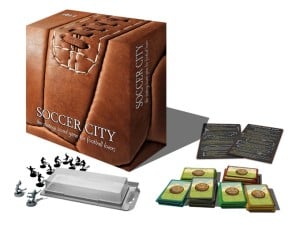 Are you a fan of Soccer? Have you been looking for a board game that lets you simulate a game of soccer? This game may be for you. The main game mechanic appears to utilize different types of cards which allows players to dribble or shoot the ball, players to tackle, or even have goalies stop shots on goal. The game even includes referee mechanics as well as penalty cards.

I am not a huge fan of the game of soccer myself but I cannot deny the quality of the components and the game looks well put together. Although I have not played the game I think it looks fun and would be something that one day I might be interested in playing.

Soccer City is being developed by Gonzalo Rodrigo and Lisandro Nembrini. The campaign is looking for around $27,000 in funding and is currently at around $14,000. The Kickstarter campaign ends on August 20th, 2015. Kickstarter page 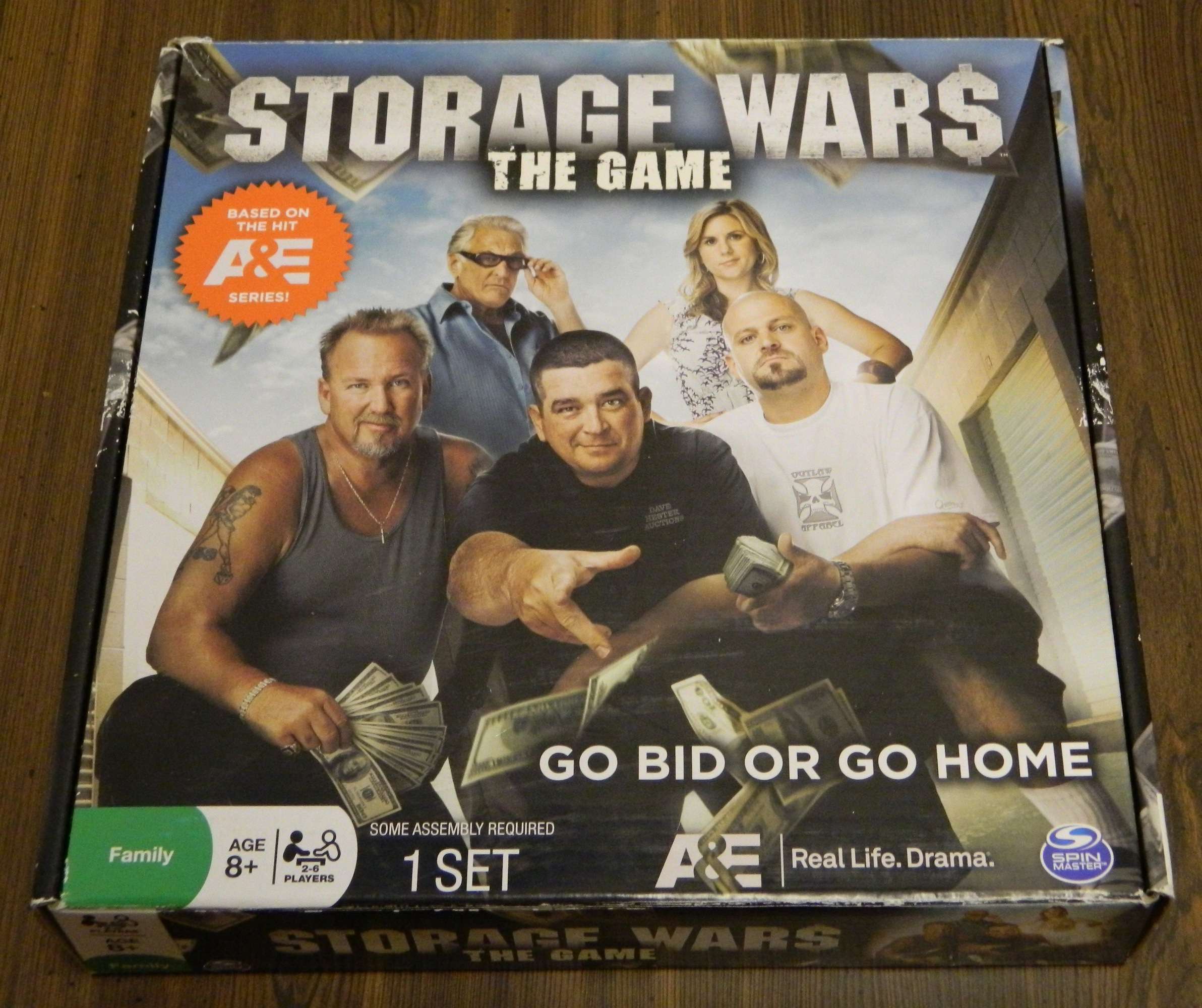 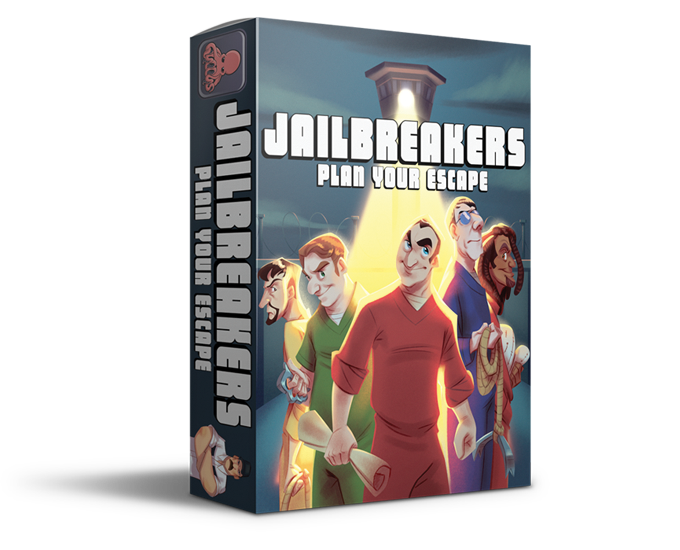 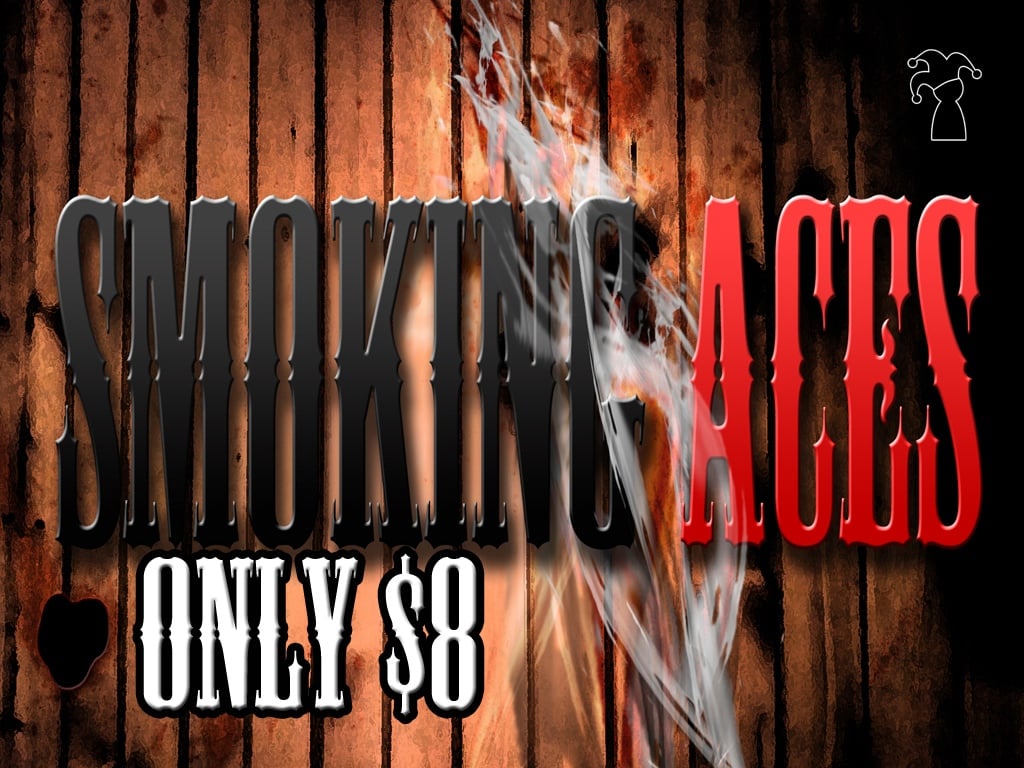 Wrebbit Puzz 3D Puzzles: A Brief History, How to Solve And Where to Purchase-Puzzled
Click here to cancel reply.