As a frugal nerd with way too many hobbies, thrift stores and rummage sales are pretty much exclusively my source of things to do, toys and collectibles, and hobby supplies. Most Saturdays I’ll head out in search of a good thrift store haul and I’ll usually find a nice selection of board games, toys, and other geeky items. Please note that these items are a small fraction of their original price (I’ll rarely pay more than $4 or $5 for an item at a thrift store) and I do factor in Amazon/eBay price (if I don’t enjoy the item, I’m usually able to sell it for even more than I paid anyway). I am hoping to make “It Came From a Thrift Store!” a weekly series (at least for weeks I go shopping). This is my first thrift store haul report (a bit lighter and pricier than my usual haul but still solid). 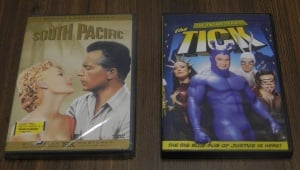 “The Tick: The Entire Series” and “South Pacific” DVDs ($1 Each)-Even though “The Tick” is available on Hulu for free, $1 for the entire series is a steal. I’ve heard great things about it and plan to watch the DVD soon (keep an eye out for my review). As for “South Pacific,” it’s a very well-known and highly regarded musical (I’ll admit to liking musicals a lot more than I should as a guy) and the DVD is even still sealed. Unfortunately, I only found these two DVDs this week (I usually find a few more). 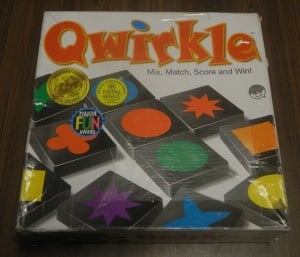 Qwirkle Board Game ($1.49)-While this is missing one piece, it isn’t a big deal since I already own a copy of the game (in fact, it’s one of my favorite games). The reason I picked this up is because the game’s one big problem is not having enough tiles. I plan to experiment using two copies to lengthen the game and add some interesting new scenarios to the game. 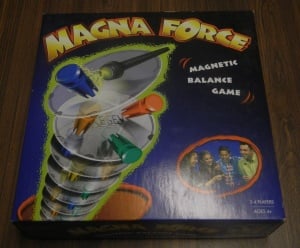 Magna Force Board Game ($2.99)-I hate the Goodwill stores in my area because a game like this is $2.99 or more while it would be a dollar or two tops at most of my other local thrift stores. I normally won’t pay more than a dollar or two unless it’s a designer board game but this one looked too fun not to pick up. It basically looks like “Jenga” with magnets, which sounds pretty cool. Expect a review of “Magna Force” very soon. 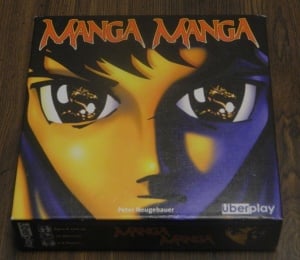 Manga Manga Card Game ($2.99)-Another Goodwill purchase (a different location though). I would have rather paid a dollar or two but I thought it was worth trying and reviewing it (after looking it up a bit more, it doesn’t look as good as it sounded while I looked at it in the store). 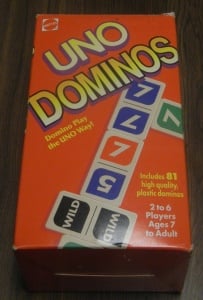 Uno Dominos ($0.99)-I know “Uno” isn’t exactly considered a “good” card game but I’ve always enjoyed it as a nice casual game. I’ve played most of the numerous different versions of it but Uno Dominos is one I haven’t tried yet. 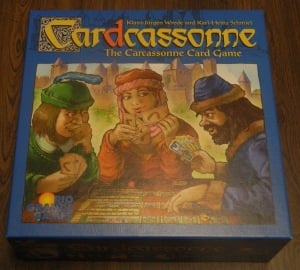 Cardcassonne Card Game ($3.99)-At that price this isn’t a phenomenal deal (there’s a copy for $5 plus shipping on Amazon at the time of this post) but I do save a couple bucks plus shipping. Carcassonne is one of the greatest (and first) designer games of all-time and I’ve played and enjoyed it. I don’t expect Cardcassonne to be as good (even though it is rated in the top 2000 on Board Game Geek) though. 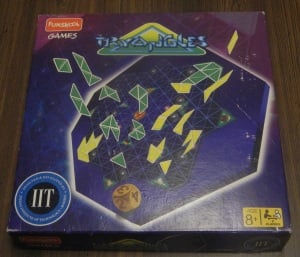 Tryangles Board Game ($2.99)-I’ve enjoyed a lot of these abstract strategy type games and if worst comes to worst, it isn’t even listed on Amazon so I should be able to get my money back (and then some). 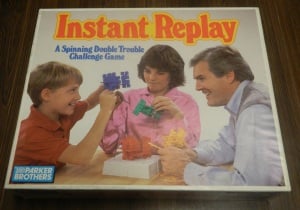 Instant Replay Board Game ($0.79)-Now this is more like the price I normally pay for a board game (I didn’t find a lot of cheap ones this week though). 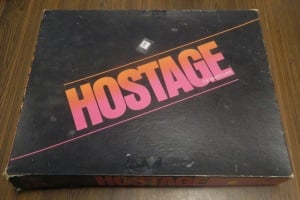 Hostage Board Game ($1.00)-I know the price tag says $2.00 but I got it for 50% off. It’s hard to find much information about this game but it really looks interesting to me. I have no idea if it will be awesome or terrible but at a dollar, it is definitely worth the gamble. 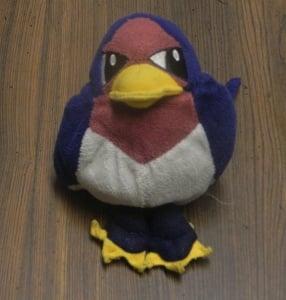 Taillow Pokemon Plush (About $0.05)-While it is a little dirty (I found it at a Goodwill Outlet store where you pay by the pound), how can you pass on a Pokemon plush for about a nickel? It doesn’t have the tag so I can’t tell if this is Taillow or Swellow (even though I love “Pokemon” my knowledge is a little rusty) so forgive me if I guessed wrong. 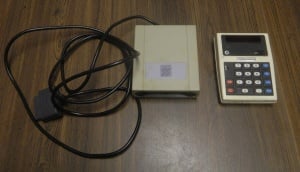 SNES Super Scope Sensor and Commodore Calculator (About $0.50)-I’m pretty sure that the SNES accessory is a super scope sensor. I don’t have a super scope but if you are a video game collector, when it comes to accessories and other items you buy everything you find as long as the price is right (you never know when you’ll need it). I have no information about the Commodore calculator but I bought it just in case it was an accessory for the system (otherwise it looks pretty cool and is semi video game-related anyway).