As a frugal nerd with way too many hobbies, thrift stores and rummage sales are pretty much exclusively my source of things to do, toys and collectibles, and hobby supplies. Most Saturdays I’ll head out in search of a good thrift store haul and I’ll usually find a nice selection of board games, toys, and other geeky items. Please note that these items are a small fraction of their original price (I’ll rarely pay more than $4 or $5 for an item at a thrift store) and I do factor in Amazon/eBay price (if I don’t enjoy the item, I’m usually able to sell it for even more than I paid anyway).

I took a few weeks off of thrift store shopping but I was back at it this weekend thanks to an indoor rummage sale event that I almost always go to. My finds were a little light again (I’ve been in a bit of a slump lately) but I still found some neat items. 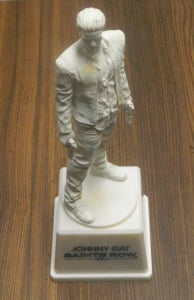 Johnny Gat “Saints Row IV” Statue ($1.49)-Even though there are some problems with this statue (for some reason there are some random orange marks on it, I’ve seen other people online with this same problem), I rarely find video game collectibles around here. I love the “Saints Row” series almost as much as “Grand Theft Auto” so this was still a nice find even with its problems. I might try to paint it someday (even though I’ll probably wind up making it look even worse). 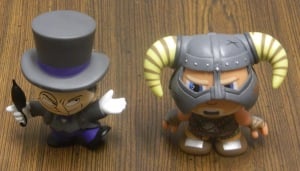 Small Penguin and “The Elder Scrolls V: Skyrim” Symbiote Studios Figures ($0.25 Each)-Two really cool little figures I picked up at the indoor rummage sale. I somehow have yet to get around to playing “Skyrim” but I’m sure I’ll love the game when I find the time. I’m not a huge “Batman” fan (it’s alright but not one of my favorite franchises) but this Penguin figure is pretty cool. 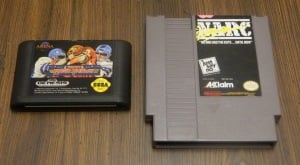 NARC (NES, $1) and Super High Impact (Genesis, $0.10) Retro Games-Retro games are another thing I rarely find for a decent price in my area. Whenever I find a game for a dollar or less, I’ll usually pick it up. “NARC” is actually a pretty decent find while I only picked up “Super High Impact” because it was so cheap. 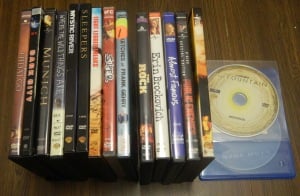 Big Foot Board Game ($3)-This game was recently featured on “The Tonight Show Starring Jimmy Fallon,” which is one of the reasons I picked it up. I obviously don’t expect the game to be good but it’s worth a laugh. Also, thanks to Jimmy Fallon the game has a lot of value right now so I can always sell it for a nice profit.

Dungeon Dice Board Game ($1.49)-This is a game I’ve had several times before (but sold for a nice profit) but never got around to playing. This time, I’m going to make sure to play it and review it on this blog.

War of the Networks Board Game ($3)-Unfortunately, this isn’t 100% complete (even though the seller claimed it was) but it is still playable. I’m sure the game is average at best but a game where you run a TV network and buy shows and hire actors sounds like a great concept to me. It would be a perfect concept for a new designer game. Look for a review soon since I’m itching to play this. 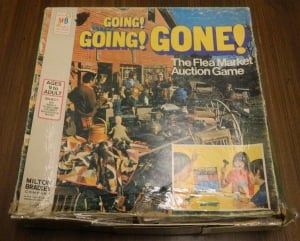 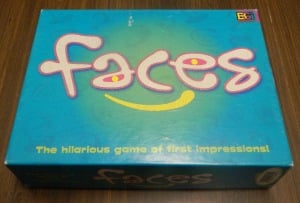 Faces Party Game ($2.99)-This is yet another game I’ve owned and played before. I played it quite awhile ago but I do remember it being really funny and fun to play. Just like the rest of the board games I found this weekend, expect a review soon.