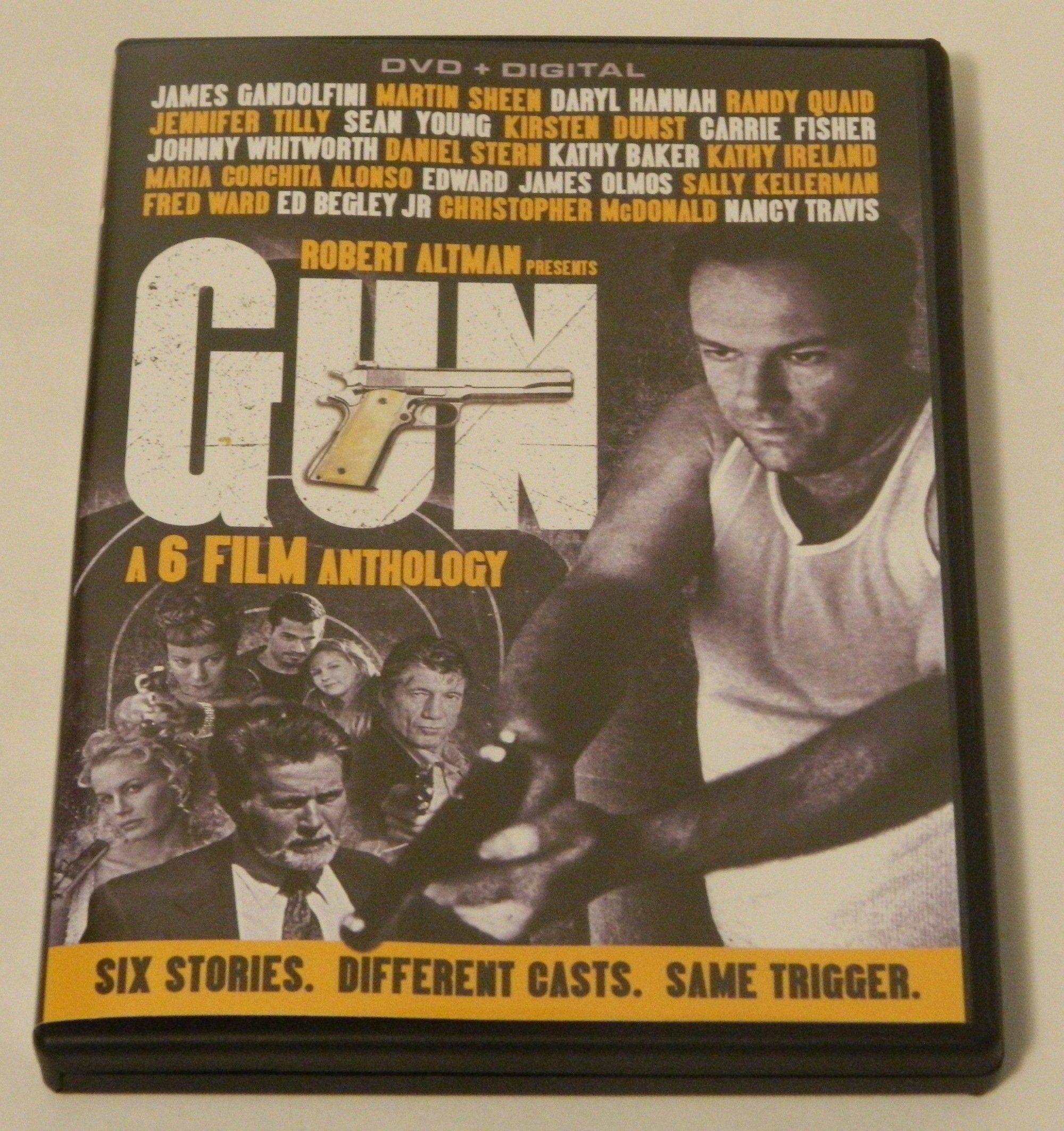 Over the past few years, the anthology series genre has been making quite the comeback. Shows like American Horror Story, Black Mirror, and Fargo have been getting critical acclaim along with huge ratings. Today, I am taking a look at an anthology series that aired during a pretty dead period for the genre, Gun: A 6 Film Anthology, which was recently re-released on DVD by Mill Creek Entertainment. The show’s concept intrigued me but unfortunately after watching all six episodes, I have to say that Gun is a pretty mediocre ’90s show. If this concept was made today in this peak TV landscape, it could have been interesting. However, it was ahead of its time and unfortunately, despite having talented casts and directors, the execution just wasn’t quite there.

Gun: A 6 Film Anthology is an anthology series where the characters change every episode but one object (a .45 semi-automatic pistol) stays the same. The idea of a gun passing between characters each episode was really interesting to me but there are absolutely no connections between the episodes. Most of the time we don’t even get to see how the characters obtain the gun and we never see how it passed between the characters from the previous episode to the next one. Instead, the episodes are just typical dramatic stories that all happen to feature the same gun in some way. Episode concepts include a failed actor becoming a hero after he stops a convenience store robbery (and getting to star in a movie made about the event) and a womanizer losing control over the many women he’s seeing.

Unfortunately Gun is one of the those shows where the execution doesn’t fit the potential. I really wanted to like this show but the highest grade I gave an episode was a 2.5/5 (for both Ricochet and The Hole). I do think if I had watched this show back in 1997 (before today’s peak TV landscape), I may have enjoyed it a bit more. However, in 2018 there are so many better shows to watch than this. Mediocre and derivative shows are no longer tolerated by today’s audiences (and Gun fits both to a tee). It was likely somewhat groundbreaking for its time but the stories are too melodramatic and derivative to enjoy nowadays. Nevertheless, I am a bit curious how good a show like this could be if it were made today. A concept similar to this on Netflix or HBO could be really interesting.

There is an impressive amount of talent in these episodes from a stellar cast which includes Martin Sheen, pre-Sopranos James Gandolfini (in his first television role), Carrie Fisher, Kirsten Dunst, Daniel Stern, Edward James Olmos, and Randy Quaid to some semi-well known directors like James Foley and Robert Altman. However, in many of the episodes the talent is wasted. For example, I wouldn’t even consider James Gandolfini to be the main character in his episode and Carrie Fisher is given pretty much nothing to do in her episode (she just plays a housewife with very few scenes). Martin Sheen, Daniel Stern, and Randy Quaid are the main characters in their episodes but the stories aren’t good enough for their talents. Some of the episodes take ridiculous leaps in logic (buying every possible lottery ticket combination to ensure a win isn’t feasible), other episodes have very little happening in them, and most are pretty dull and melodramatic. Ricochet and The Hole are passable but the other episodes are just too boring.

Gun: A 6 Film Anthology has been released on DVD before but not since 2005 (at least as far as I can tell). Even though this release is broken up onto two discs (three episodes per disc), the video quality is pretty rough. The show is 20 years old at this point but it probably should look a bit better than it does. No bonus features are included but I never really expected a six episode show from the ’90s to have any in the first place. If you purchase the Mill Creek Entertainment version of Gun: A 6 Film Anthology it does include a digital copy for their service.

Overall, Gun: A 6 Film Anthology is a neat idea but the stories just aren’t interesting enough and the overall execution is pretty poor. It’s watchable but just barely. I probably wouldn’t recommend it unless you absolutely love anthology series.