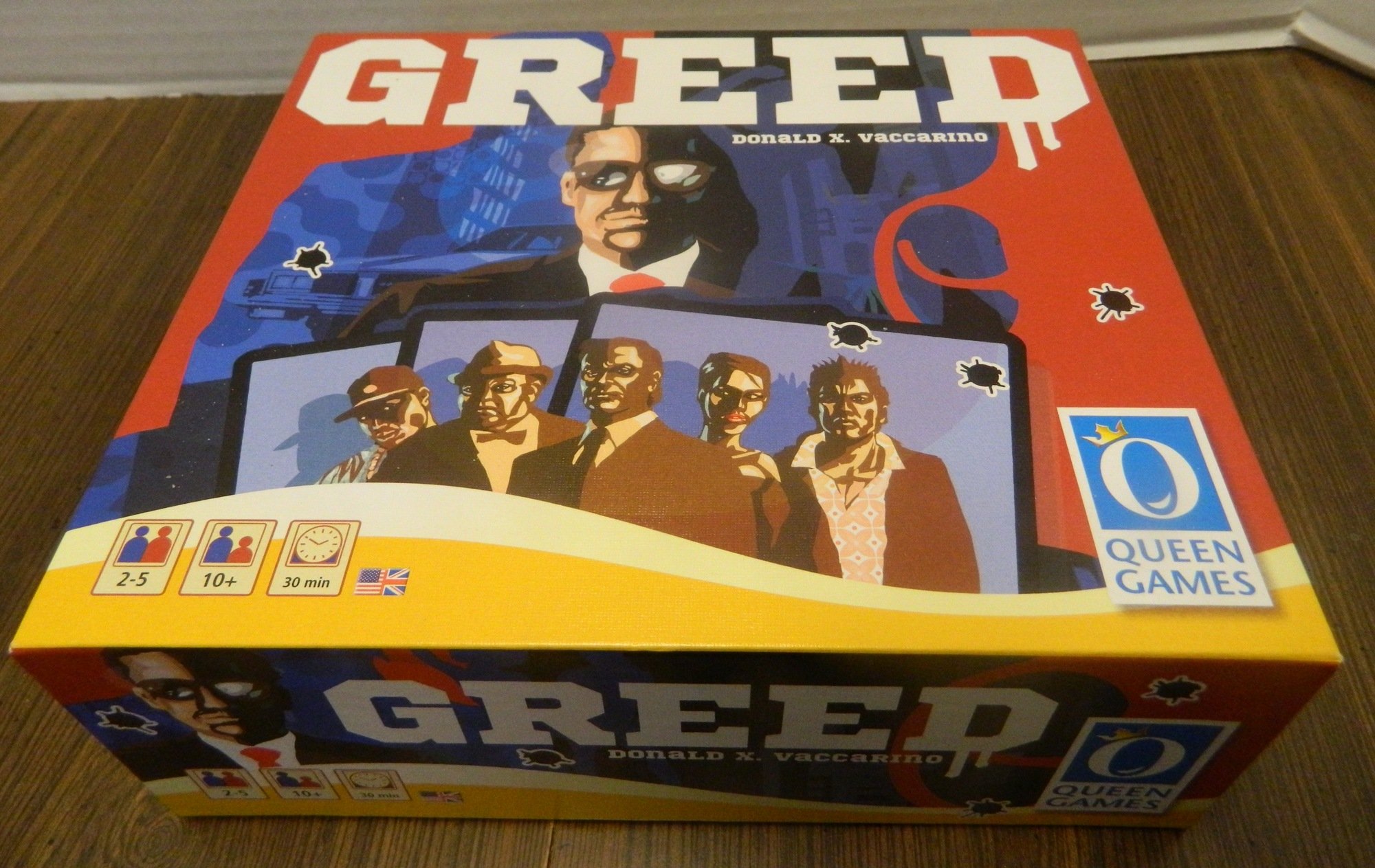 A regular turn has four steps which are as follows:

Step 1: Just like the first two turns each player looks at the cards passed to them from the player to the right. They chose one card to add to their hand and pass the rest of the cards to the left.

Step 2: Each player needs to decide which card they would like to play. Players place their chosen card face down on the table so all of the cards can be revealed at the same time.

Step 3: Players compare the number in the bottom right corner of all of the cards played. The card with the lowest number is handled first. The second lowest number comes second and so on.

For the card to take effect a player may need to pay a cost (monetary or other cost). If the player either cannot pay the cost or doesn’t want to, the card is discarded. A card may also have some needs that must be met. To meet the needs a player must have the required icons played in front of them . If all of the needs are not met, the card that was played is discarded.

If all needs and costs are met, the effects of the card are implemented. Text that is written inside a colored box can be used multiple times during the game during the indicated times. All other text is a one time event. The effect takes place during the time indicated on the card and cannot be used again.

Step 4: All cards that have been played that have the text “Each turn” on them are examined. If the conditions listed in the text are met, the action is performed once per turn.

The cards in the game consist of three different types.

After 12 rounds (ten full rounds and the two rounds at the beginning of the game where players only picked cards) are completed, the game ends. Each player gets $10,000 for every development marker on their holdings. Whoever has the most money wins the game. In case of a tie, all tied players share the victory.

I recently picked up the game Greed at a local flea market. I was surprised to see such a recent game (2014) for sale for such a low price. Greed was created by Donald X. Vaccarino who is most known for Dominion and Kingdom Builder two highly regarded games that I have unfortunately not played yet. After playing the game I felt it has a good core for a card game but it was just missing something.

Greed is pretty much like most of your typical card games. You draft cards that you end up playing to try and maximize your own score. All of the cards have special abilities which when used together can greatly benefit players. If you don’t like these type of games you might as well quit reading now since you won’t like the game. The game requires quite a bit of reading and figuring out how to play cards together in order to maximize their benefit.

Overall I would say that Greed is a pretty short card game. I would say that it probably takes between 20-30 minutes. This short length has some positives and negatives. The good news is that you can quickly get through a game and either play something else or play a rematch game. Outside of having to spend too much time reading the text on some of the cards in order to understand what they do, the game moves at a brisk pace. After everyone has made their choice of a card, the rest of the round moves really quickly. You actually probably spend more time at the start of your turn picking a card than you do completing the rest of the round.

The problem with the game’s short length is that it really feels like something is missing. The game started to get going and then it abruptly ended. When the game ended it felt like we were only at the half way point. The game feels too short in my opinion mostly due to the fact that it seemed like long term strategies didn’t have enough time to develop in the game.

This may have just been the game that I ended up playing but it seemed like the best strategy in the game was to just go for straight cash. In the game I played one player played the short term strategy (just getting cash) while the other two players went for a long term strategy of trying to build up holdings and getting development markers. The player that went with the straight cash strategy easily won the game.

This was only one game but it felt like going after the holdings was kind of pointless. This could have been due to the lack of good cards in the game that I played or the fact that 2/3rds of the players went for the long term strategy and kept taking each others’ cards. In future plays this problem may correct itself and I hope so because the game will be a lot better if both long and short term strategies are both viable.

To go along with the short length of the game, it is kind of weird that the game seems to not utilize many of the cards. In the three player game that I played, over half of the cards were never played or even seen. This made us feel like we were missing something due to something we messed up (we didn’t mess up anything). It seems like the game did this on purpose so you wouldn’t see all of the cards every game which would keep the game fresher.

While only seeing less than half of the cards in the game I played, I can still tell that some cards are much better than others. In the game I played the best card by far was this action card that gave you like $15,000. The reason the card was so valuable is that if you had under a certain amount of money you got to take the card back into your hand and play it again in a future turn. The player who eventually won the game ended up being able to play the card three or four times which all but guaranteed the victory. Meanwhile there were other cards that pretty much did nothing or were too costly to play. It seems like the value of most of the cards depend on what other cards are in the game. A card could be valuable but if it is missing the cards that work well with it, the card is much less valuable.

One mechanic that I actually really liked was the fact that the order the cards were played in corresponds to the number on the card. This is interesting since you might actually pick the card you want to play based on it being a low number. If you play a low numbered card you can play your card before your opponents. The card you play may make the other players discard cards that they may have needed to play their own card so you might be able to make your opponent waste their turn.

The game has a recommended age of 10+ and I think that is pretty appropriate. As long as the ten year old has decent reading comprehension skills they shouldn’t have any issues playing Greed. The only reason why I think the recommended age should maybe have been raised is due to the theme. I wasn’t highly offended by the theme but I could definitely see why some people could be. In Greed you are essentially running a 1960’s gang. Most of the cards involve various different crimes from robbery, murder, prostitution, and other crimes that you find in your typical mafia/gang type films and television shows. The game does rely on quite a few stereotypes though and could have done a better job representing women. These are the main reasons why I think the game’s theme may offend some people.

If you generally like this type of theme though you should enjoy the theme of Greed. The game’s components do a pretty good job building on the theme. I thought the card artwork was well done. The artwork is done in a comic book/graphic novel type style.

Overall I found Greed to be an average game. It actually has a good base for a game but at least in the game I played it felt like there was something missing. Greed is not the game for everyone. If you don’t like card games where you need to think out how best to play cards in order to maximize their strengths, you will not like Greed. The theme may also offend some people.

If you like these type of card games though, I think you will like Greed and should consider picking up the game.