On their first roll this player rolled a car which means that die will be removed for future rolls. The two squirrels score zero points while the two nuts score a point each. 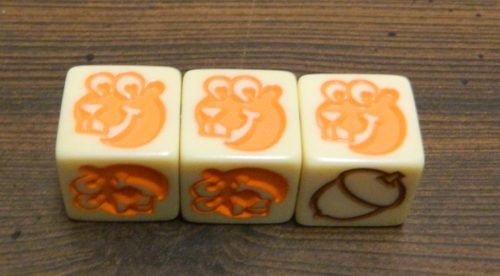 On this roll the player rolled three dice and all of the dice ended up on the squirrel side. The player will get to play a Go Nuts round with these three dice. 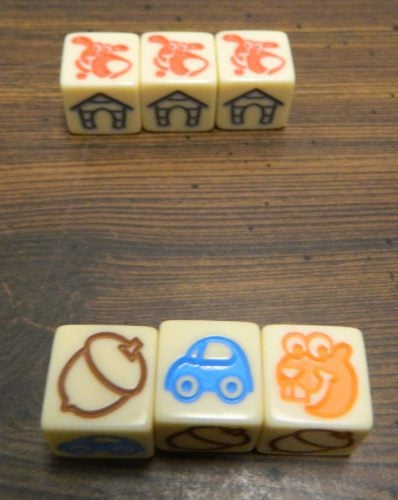 The Go Nuts! round has ended since the other three players have rolled a dog symbol. The current player will score points equal to the number of nuts they rolled before the third dog symbol was rolled.

This player ended up rolling cars on all of their dice so they will lose all of the points they earned this turn.

With their last die the player rolled a nut. The player will be able to start rolling all five dice again.