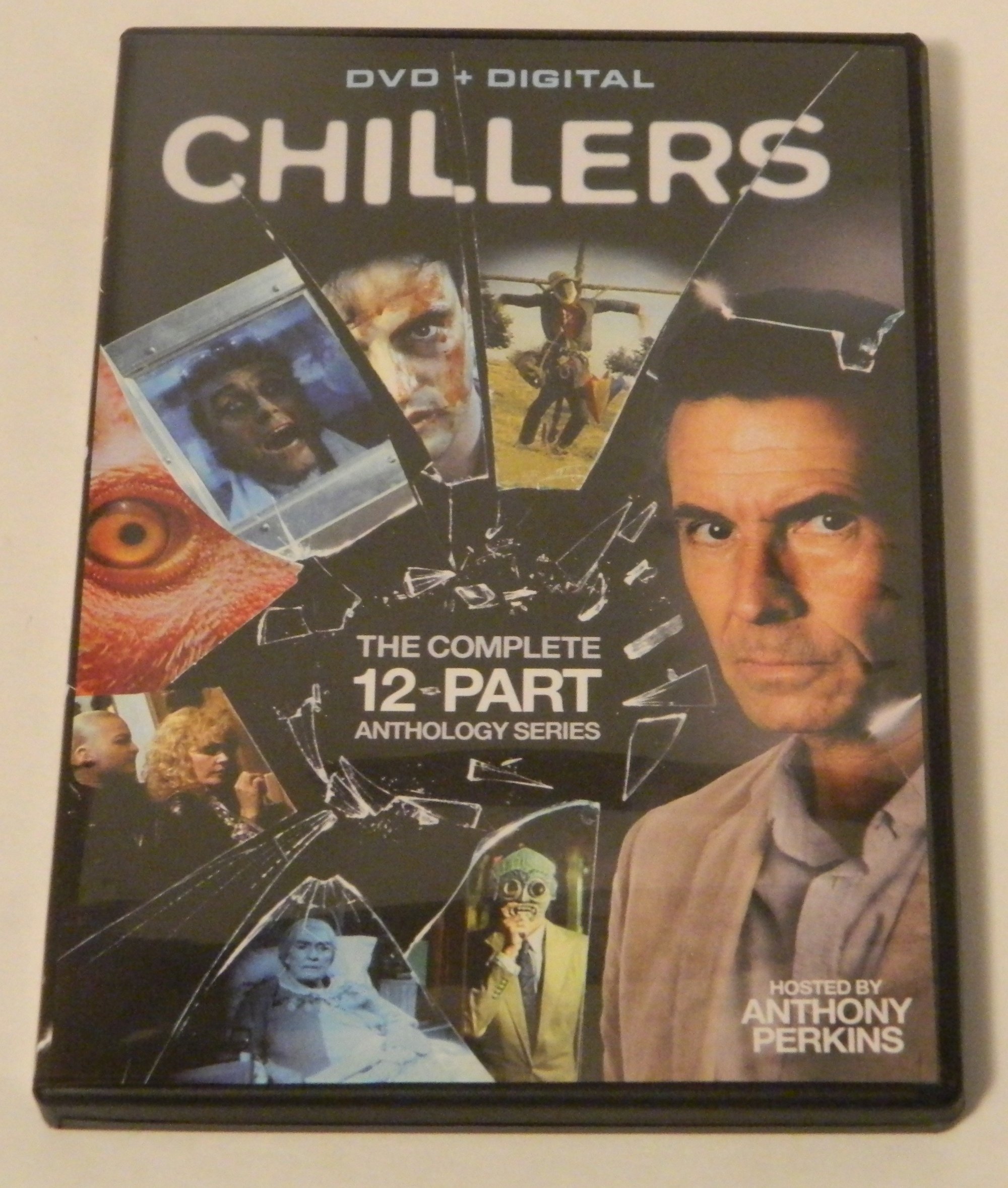 Chillers (also known as Mistress of Suspense) is an anthology series where every episode is based on a Patricia Highsmith novel or short story. You may know Highsmith from Strangers on a Train and The Talented Mr. Ripley (both of which were adapted into motion pictures). Of course, the stories adapted in this series are less known than those well-known novels but some of them are still quite good. As an anthology series, the episodes are sort of hit-or-miss but I would say more are hits than misses.

Chillers is an anthology series so each episode has a completely different plot with new characters and actors. I won’t go over all twelve episodes but I will talk about the plots of the first few episodes. The series premiere (The Cat Brought It In) is about a British family and their reaction (and discussion about what to do) when their cat brings in a pair of human fingers. The second episode (Sauce for the Goose) is about a traveling singer (played by Ian McShane) wooing a married housewife, but is his attraction real or more about her wealth? Episode three (Old Folks at Home) is about a young, wealthy couple inviting a senior couple to live in their home for a month. Their generosity is not re-paid by the older couple and the two seniors make their lives a living hell. Other episodes involve an architect losing his mind when his lover stops answering his letters, a man falling in love with a mannequin that reminds him of his former romantic interest, and a new home becoming a nightmare for a married couple. Most episodes are thrillers but some are more comedic or melodramatic. All of them have a loose connecting theme of being about humanity’s dark side (Patricia Highsmith supposedly hated other people and used that to inspire most of her writings). Each episode is introduced and book-ended by segments featuring Anthony Perkins (Norman Bates from Psycho), in short scenes that relate to the plot of the given episode.

Anthology series (especially episodic ones though season-long series sometimes have this problem as well) are well-known for varying greatly in quality from episode to episode. Even the greatest anthology shows of all-time like The Twilight Zone have a few stinkers in their catalog. It’s impossible for anthology series to bat 1.000, the most important thing is for them to have more hits than misses. If an anthology series can bat .500 with most of the episodes being at least solid (along with a few home runs and strikeouts), that is perfect acceptable to me. While I wasn’t able to get to all twelve episodes before I needed to write this review, so far I would say Chillers has more hits than misses. There are some boring episodes (The Cat Brought It In for example) and flat out bad ones (The Day of Reckoning) but those are then usually followed by two pretty good episodes (episodes two and three are both quite good). One thing I will say, despite the series supposedly being all about the sinister portion of the human psyche, some episodes don’t really fit the series particularly well. For example, I wouldn’t exactly call Old Folks at Home a thriller. It’s more of a comedy about two spoiled old seniors ruining a young couple’s lives. There really isn’t anything “thrilling” about it. It’s a pretty good episode but it just doesn’t fit the theme particularly well.

The good episodes are often good for completely different reasons. For example, Ian McShane carries Sauce for the Goose with his natural charisma but outside of that it would have been a typical man wooing a woman for her money story if it weren’t for the great ending the episode has. Old Folks at Home doesn’t really have very high stakes (you can probably guess how the story is going to end very early in the episode) but the two seniors are kind of hilarious. As usual for anthology series, it is likely that your favorite episodes will be completely different from mine. Some people will have The Cat Brought It In as one of their favorite episodes, while for me it is definitely in the bottom half. Some of the weaker episodes could have been improved with a bit of paring down of the episodes. Chillers episodes tend to be in the 50-52 minute range, which is kind of high. If the weaker episodes were shaved down to the standard 40-42 minutes, it could have improved them significantly.

Chillers first aired in France and the UK as Mistress of Suspense before finally coming to America. It was a co-production between France and England, with each country producing half of the episodes. The English episodes tend to be better as many of them have well-known actors and much higher production qualities than the French ones. The episodes produced by France tend to be more mediocre or in the case of The Day of Reckoning, extremely bizarre (I would definitely call it the weakest episode of the series).

While many of the actors cast for these episodes are unknowns, most episodes have at least one semi well-known name. Among the stars cast on this series (some before they became the stars they are today) are Bill Nighy (episode 1), Ian McShane (episode 2), Stephane Freiss (episode 6), Paul Rhys (episode 9), Ian Holm (episode 10), Ian Richardson, and Peter Vaughan (both episode 11).

As with a lot of these lesser-known ’90s series, the video quality on Chillers: The Complete 12 Part Anthology Series is unsurprisingly not particularly good. These older shows are rarely cleaned up (and even if they were they probably wouldn’t look much better in the first place). I would say that due to the circumstances, the video quality is acceptable but of course not even close to being good-looking. Also unsurprising about this release is the lack of bonus features. Little-known shows like this never have bonus features and I can see why. For shows that are quickly cancelled like this, nobody is going to bother keeping extra footage for blooper reels or do commentary tracks on the episodes. Considering the price of this release ($19.98 but can likely be found for around $10 on Amazon), both the relatively poor video quality and lack of bonus features are completely acceptable. Note, Chillers has been released on DVD in America before but that release is now out of print and commands a pretty hefty price on Amazon (so this is your chance to get it for a much more reasonable price).

I wouldn’t say that Chillers is for everyone but if you like anthology series, especially ones set in reality instead of sci-fi or fantasy worlds, its probably worth watching. It isn’t a classic anthology series like The Twilight Zone or nearly as high quality as the ones on television today, but it is still solid. The video quality on this release is pretty poor but I don’t think you could expect much more from a low-budget ’90s series. Recommended, but as with every anthology series some episodes are better than others.

Chillers: The Complete 12 Part Anthology Series was released on DVD on October 30, 2018.