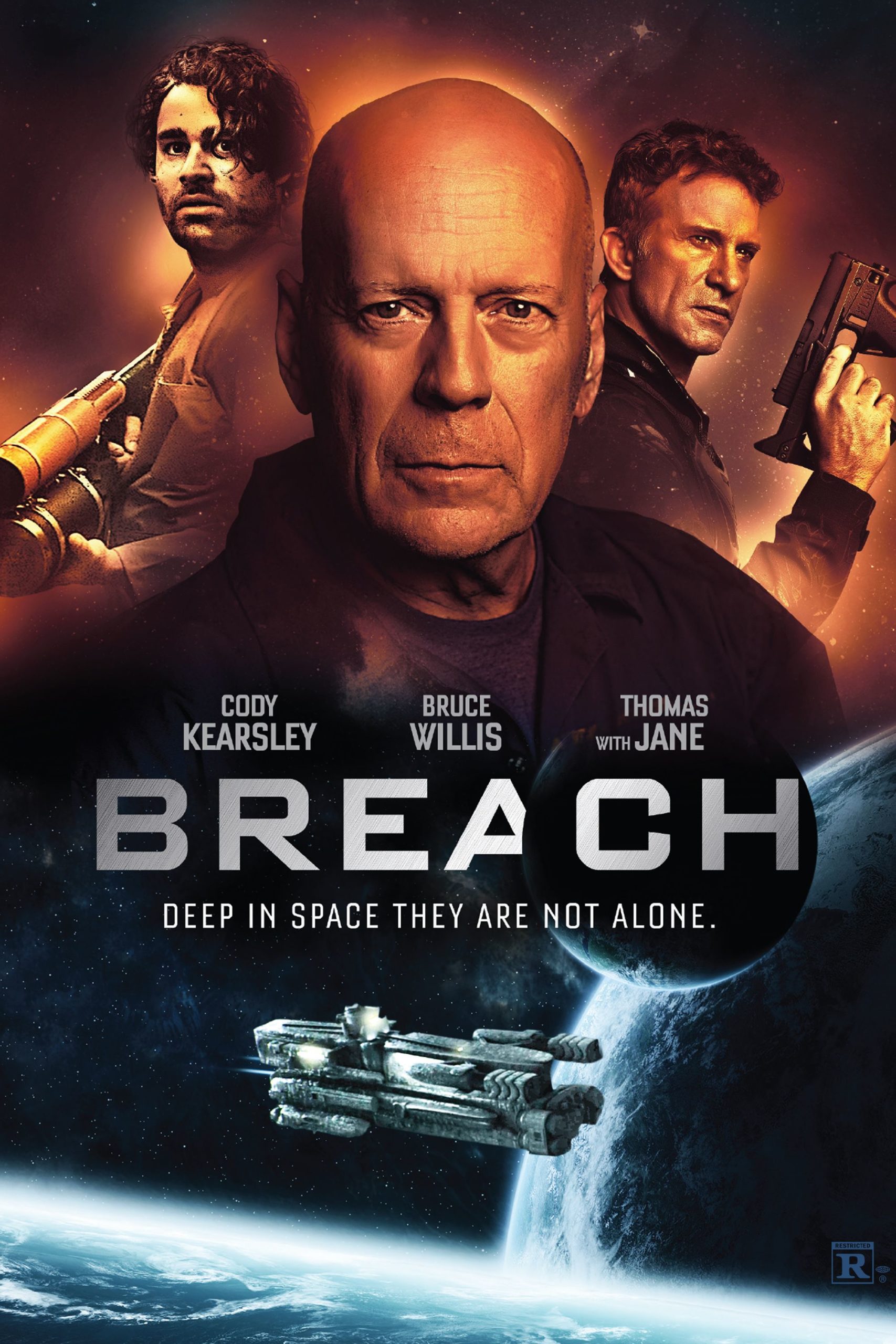 In the distant future the Earth has become uninhabitable. A deadly plague has been ravaging Earth forcing humankind to leave and colonize a new planet. Breach follows the last ship to leave Earth on its journey to humankind’s new home. At first the journey goes off without a hitch as most of the humans are put into a cryogenic sleep. The only humans left awake are a skeleton crew responsible for making sure the ship runs smoothly. Things begin to go awry though due to an alien hitching a ride on the ship. This alien begins infecting members of the ship forcing them to do its bidding. The alien is intent on making sure the humans don’t make it safely to their new home. Can the ragtag crew fend off the alien threat and eliminate it before it destroys the entire ship?

I don’t know how useful this comment will be to people wanting to learn more about Breach, but I have to say that it is one of the most average sci-fi movies that I have ever seen. I have only see a few of the movies from this genre, but the “body snatchers” genre has had quite a few movies made for it over the years. From movies like Invasion of the Body Snatchers to The Thing, if you are familiar with this genre you probably already have a pretty good idea of what to expect from the movie. The basic premise behind the movie is that there is an alien threat that can infect any human it interacts with and make them do its bidding. In a lot of ways Breach follows this genre pretty closely as the movie is basically all about figuring out who is infected and trying to stop the spread.

The one area where Breach differs is in the area of suspense. Most of these movies rely on the viewers’ and characters’ uncertainty of who is infected. Until the end of the movie you usually only have hunches of who is infected. You never truly know though which brings some suspense to the movie as you don’t know what is going to happen. For some reason Breach decides not to utilize this. Instead the movie is pretty straightforward with who is infected and who isn’t.  Outside of the very beginning of the movie the alien threat isn’t really even trying to remain hidden as it is obvious who is infected as they basically act like zombies. I think Breach made a mistake by not embracing some more deception. Because of this the movie isn’t particularly suspenseful as there really aren’t any twists. If you are looking for a typical movie from this genre you may be disappointed because you aren’t left wondering what is going to happen next.

Instead of relying on suspense Breach seems more interested in just being another sci-fi action movie. This is not all that surprising as when you cast Bruce Willis you generally expect to get an action movie. Due to a more limited budget Breach doesn’t reach the level of a blockbuster movie, but I don’t think it is bad either. Basically you get what you would expect from a movie where the crew of a spaceship tries to fend off an alien threat. This involves a lot of gunfights and chases down corridors. The movie is far from deep, but it is entertaining in its own way. The movie keeps up the pace pretty well. Outside of the setup period at the beginning of the movie, there really aren’t any slow points. At only 89 minutes the movie packs in quite a bit of action into its runtime. There are much better sci-fi action movies, but Breach is not bad in this area either.

Speaking of Breach‘s budget I will say that it has an impact from time to time. I don’t know what the movie’s budget was, but I have to think that it is on the lower end for this type of movie. At times it shows. In particular the CGI is not great. I have seen much worse, but I have seen much better as well. Basically you can tell that the budget was limited for the special effects. When the movie doesn’t have to rely on the CGI though I thought it did a commendable job for a lower budget. The sets are solid even if they are a little drab. What can you really expect from the inside of a spaceship though?

Ultimately Breach is basically the most average sci-fi movie that you could ever expect. It is far from a great sci-fi movie, but it is not terrible either. If you are looking for an original sci-fi movie you will be disappointed. The premise of an alien that can take over humans is nothing new as it has been used in quite a few other movies. For some reason the movie decides not to take advantage of the deception that most of these movies utilize where you don’t know who is infected. This was a mistake in my opinion. Instead Breach is a more typical sci-fi action movie. These elements are far from groundbreaking, but there is some solid action sequences as the humans try to fight back the alien threat.

My recommendation for Breach comes down to what you are expecting from it. If you are looking for an original sci-fi movie or one that keeps you guessing by not knowing who is infected, you likely will be disappointed. Those that don’t mind a solid but unspectacular sci-fi movie though should get enough enjoyment out of the movie that it should be worth checking out.

Recommended For: Those who think the premise sound interesting and don’t mind pretty generic sci-fi movies.