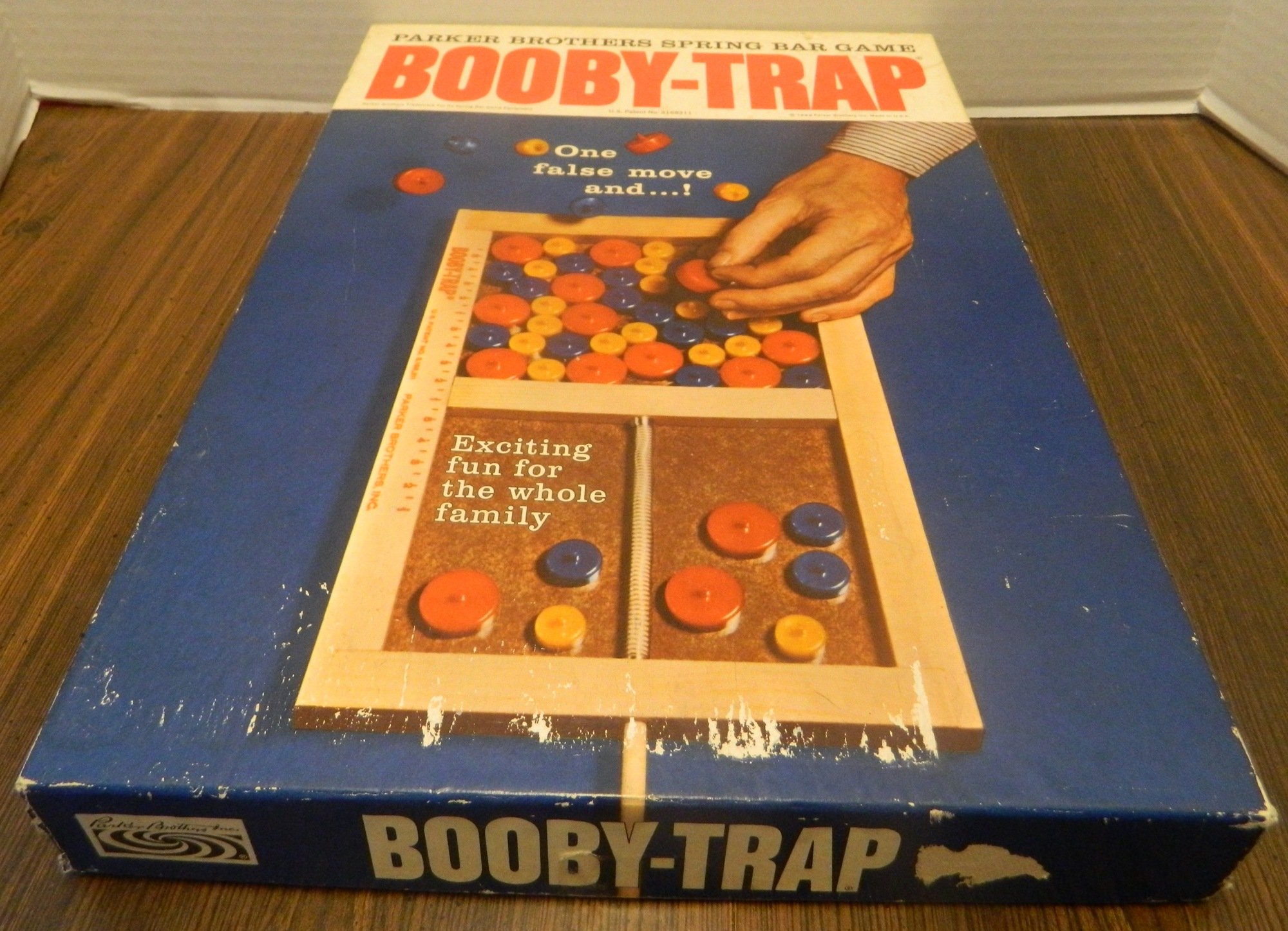 Each player’s turn involves either taking a piece from the gameboard or passing their turn. Once a player touches a piece they need to either remove that piece from the board or they need to pass their turn. Once a piece is touched the player is unable to touch any other pieces. When a piece is removed the players check to see if the spring bar moves. If the spring bar moves less than one mark along the side, the player gets to keep the piece they took. If the bar moves more than a mark the player is penalized. They need to get rid of the piece that they took and they are penalized three points. If this penalty takes the player below 0 points, the player still owes the additional points once they have acquired some points.

The pieces are worth the following number of points if successfully removed from the board.

A player can keep passing as long as all of the players have not passed two consecutive turns. If they have the player needs to remove a piece from the board.

The game continues until there are as many pieces on the gameboard as there are players in the game. All of the players total up their points and whoever has the most points wins the game.

In 1965 Parker Brothers made the first version of the classic game Booby-Trap. Booby-Trap has remained a popular game for many years and has spawned many different versions of the game. My parents actually remember playing the game when they were younger. Before recently finding the game at a thrift store, I had never played the game so I didn’t know what to expect. After playing the game I would consider it to be an okay but unspectacular game.

Booby-Trap is an interesting game. It is a very simplistic game where the only thing you have to do is remove pieces without making the spring board move too much. I would classify it as a dexterity game like Jenga where you need to find the right piece to remove and carefully remove it without disrupting the rest of the pieces. The game probably takes a couple minutes to learn and probably ten minutes at max to play.

Booby-Trap is far from the best game ever made but I had some fun playing the game. It is one of those games that work well where you just want to play a simple game where you don’t have to put too much thought into your moves. The game is the most exciting when everyone knows that the spring board is going to move soon. While fun at times, Booby-Trap is not the type of game you play for long stretches of time. It is the type of game you bring out for a couple plays every now and then.

The reliance on luck is the biggest issue I had with the game. Luck will play a big role in who ultimately wins the game. Your success in the game is dependent on how the board is set up on your turn. If you are lucky there will be pieces that are totally loose which are essentially free points. At least in the game I played, this seemed like a common occurrence. Whenever a player removed a somewhat tight piece they usually opened up several pieces that where totally loose and gave the next couple players some free points.

Luck works the other way as well. The board could be set up in a way that there are no loose pieces. In these situations you would like to pass your turn. Unfortunately the other players could end up forcing you to take a piece since if every player passes two times in a row the next player has to take a piece. Therefore players could essentially force another player into taking a risky piece which means that they could force that player to lose points.

While the game does have a lot of luck to it, there is some skill to the game. Some people are better at this than others but if you look closely enough you can figure out which pieces are keeping the bar from moving. A lot of pieces may look like they are holding the bar in place but a lot of them are not doing much to hold it. If you are good at calculating where pieces will adjust to, you can take some calculated risks in order to get more points. If you can identify these pieces you can put yourself into a good position to win. In the game I played I actually only got penalized once which was mostly due to being forced to take a piece when all of the pieces were load bearing.

Finally I found the components to be pretty nice. I played the 1965 version so later versions do differ mostly due to plastic replacing the wood pieces and a rubber band replacing the spring. What I like most about the 1965 version of the game is the wood pieces. I am a sucker for wooden pieces and it is no different in Booby-Trap. With the pieces being wood though they may either start to crack or parts may chip off if the spring bar moves too fast. Another concern with the contents is the spring used in the gameboard. The spring in the copy I bought was still good but I could easily see the spring getting stretched out which could ruin the whole game. If the spring gets stretched the spring bar won’t hold the pieces as tight which would make the game quite a bit easier.

Booby-Trap is one of those simple classic board games. The game is not very strategic but it does provide some simple fun. The game does rely pretty heavily on luck though. If you have fond memories of playing the game, it will likely hold up pretty well. If you have never played the game before you may or may not like the game. If you like simpler pick up and play games I think you will get some fun out of the game. I would try and find a cheap copy of the game though.