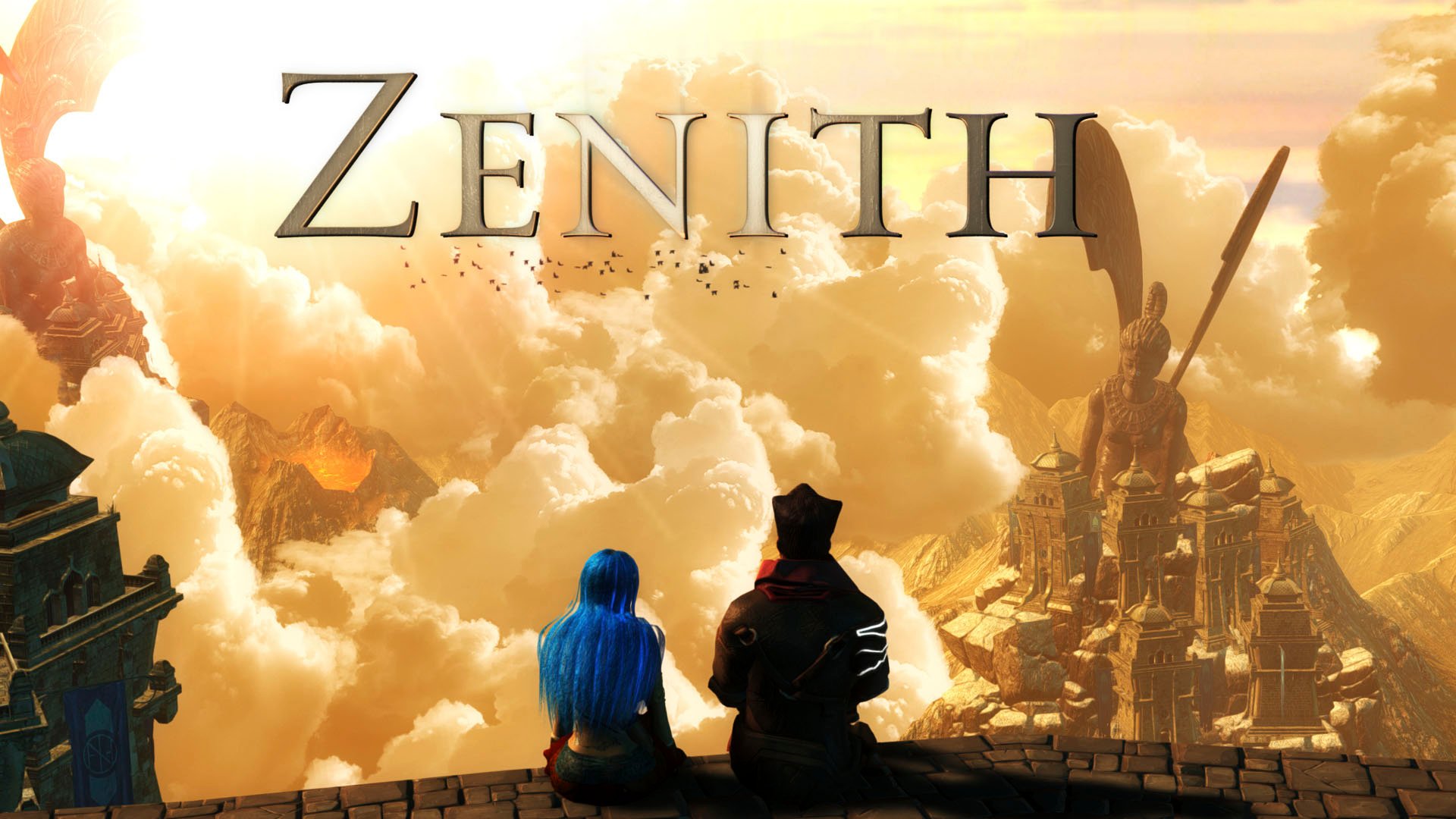 
In Zenith you play as Argus. Argus was a powerful wizard who was an expert in ancient artifacts. That all changed after an apocalyptic event. Now Argus is a retired hero who makes potions and is just looking for some peace and quiet. That all changes when a group of heroes (very reminiscent of some heroes from a little game called Final Fantasy) show up in town looking for an ancient artifact to “save” the world. Argus knows the dangers of the artifact so he needs to keep the “heroes” from releasing its’ dangers into the world.

Usually I don’t like to start reviews by talking about the story but in the case of Zenith I think it is appropriate since it is easily the best part of Zenith. While I haven’t finished the game (more on this later), the story in Zenith is actually pretty interesting. Instead of being the hero that is trying to save the world, you are trying to prevent the “heroes” from making things worse. This is actually a pretty interesting idea for a story and provides a lot of potential for Zenith. Zenith’s story does have quite a bit of swearing though just as a warning to people who didn’t know that Zenith is more of an adult game.

The best part of the story is the game’s humor. Zenith’s story is pretty cheesy/wacky and never really takes itself too seriously. The game kind of treats itself as a parody of adventure RPG games. The jokes can be pretty hit and miss at times. Some can be pretty funny while others totally miss the mark. Zenith is funniest when it makes fun of other video games. In the short amount of time that I have played the game there have been quite a few pop culture references and other jokes about the video game industry.

Outside of the story I have had an up and down experience with Zenith. At first I didn’t really enjoy the game due to some technical issues that I will get to shortly. As I worked through some of the technical issues though I started to enjoy the game more. The game is not perfect but it is a pretty solid adventure RPG with a focus on being more of a parody game than your typical adventure game.

So lets get to the technical issues that I had with the game. I would like to preface this by saying that I have so far only played the pre-release version of the game. I would also like to point out that while my computer is not a powerhouse, it does exceed or meet all of the recommend requirements. With that said I had a lot of issues with the framerate in the game which pretty much ruins the game if you don’t adjust the settings. Playing the game at typical settings that I play most games at I was getting around 10 fps. This makes the game almost unplayable since the combat is extremely frustrating since the game is essentially in slow motion. Basically if your computer is only around the recommended settings you are going to have to significantly reduce your settings (mostly the screen resolution) unless a future patch fixes the framerate issues.

The framerate is not the only technical issue that I had with the game. The load times are surprisingly long at times. In addition there are occasional graphical glitches which include characters being displayed inside the ground and items that have been looted still being outlined like they can still be looted. The game also sometimes uses text colors that blend into the background making them hard to read.

Overall I found the combat to be decent. The combat is pretty simple as attacks are assigned to each button. Items can also be assigned to a button for easy access. Basically combat involves attacking enemies and dodging their attacks (there appears to be no blocking in the game). Maybe I have just been spoiled by more recent games but I would have preferred a block mechanic over having to just keep dodging attacks. The other issue with combat is that the aiming could have been better. The game doesn’t feature any lock on feature so you need to aim your ranged spells yourself. I found it a pain at times to aim spells in this manner. If you like the older style adventure RPG games though you probably won’t have any issues with the combat.

So my experience with Zenith has been up and down. When I first started playing the game I didn’t really like it. This was mostly due to the poor framerate, bland combat, and the lack of polish. As I adjusted the settings to improve the framerate I started to like the game a little better. The combat got better as I was no longer fighting in slow motion and the story was starting to show promise with some funny moments making fun of the video game industry and pop culture. If story doesn’t really matter to you I would pass on Zenith since the story/humor is the best part of the game. If you like an interesting story that feels like a parody of adventure RPGs I think you can have some fun with Zenith and should consider picking it up.