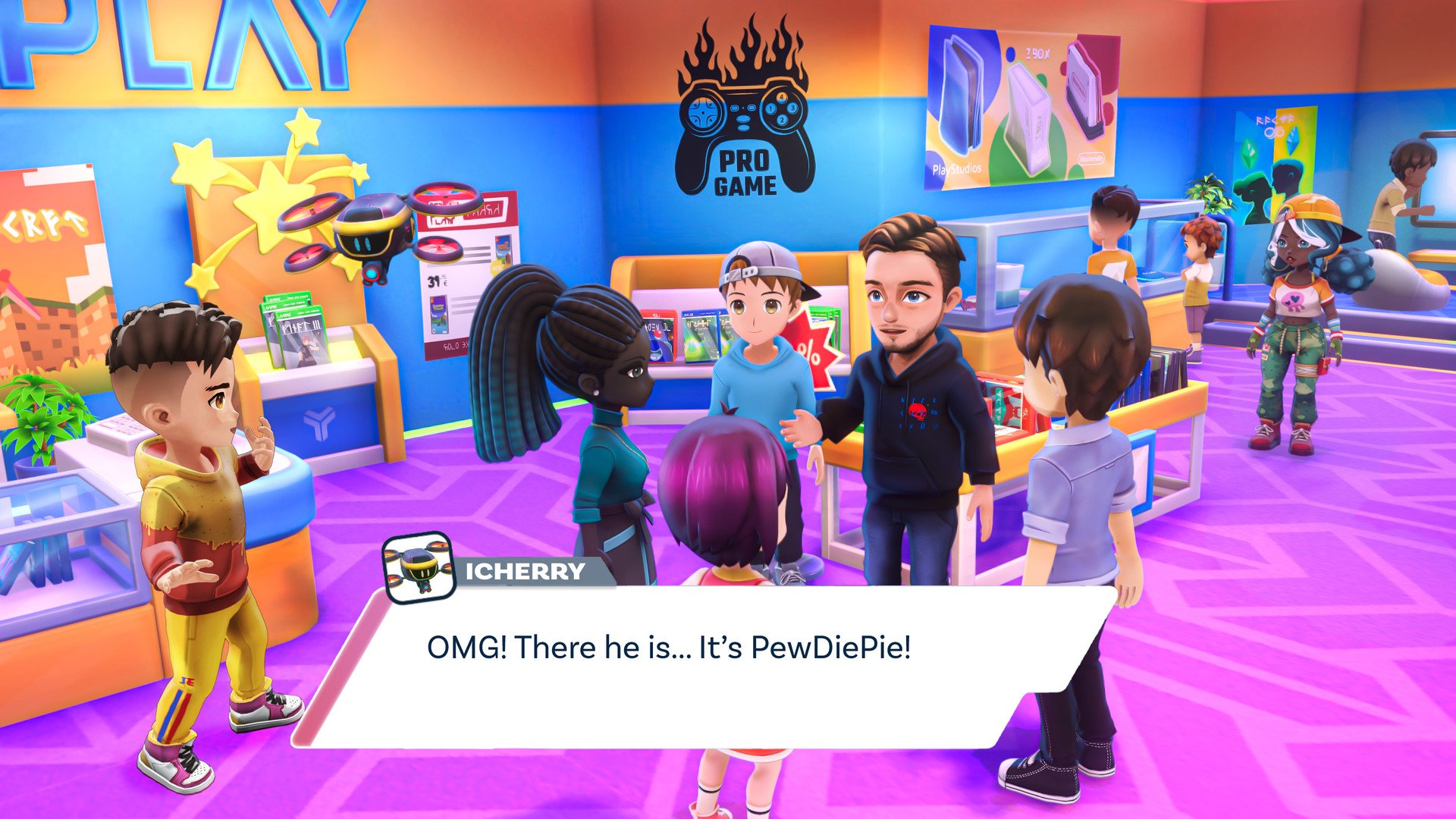 While I never got a chance to play the original Youtubers Life, I did see it played by some of my favorite actual YouTubers and it looked like something that was completely up my alley. For what could have easily been a cash grab, it actually seemed quite good and I was definitely interested when I got a chance to review the sequel. The early reviews on Steam for Youtubers Life 2 are nowhere near as positive with many people complaining that it’s buggy or lacking features. I personally disagree on both fronts (I did encounter a few minor bugs but nothing major), though I do have some of my own minor complaints. None of these killed my fun in Youtubers Life 2 but they are definitely worth mentioning. This is still a good game though and with a bit of work, it could become a great one.

In Youtubers Life 2 you naturally play as a wannabe YouTuber and/or streamer. Unlike the previous game, there’s no school or job that you have to go to (though you may have to run a few errands at first to get some funds) so you can mostly just focus on your channel, creating let’s plays, tutorials, streams, unboxing videos, vlogs, and so on. Unlike the first game you don’t get a chance to choose your channel type, in this one you just get a general channel where you can do all sorts of different content (though it does seem to be missing some of music, fashion, and cooking stuff from the previous game). In addition, Youtubers Life 2 allows you to explore the world a bit more as it features an actual city with shops, restaurants, NPCs to befriend or romance, events to attend, and trends to find and monetize sprinkled throughout. While the first game was more of a time management and strict YouTuber simulator game, Youtubers Life 2 is honestly more of a life simulation game that shares more in common with games like The Sims or Animal Crossing than the original (outside of the main concept of making videos of course). There isn’t much of a story to the game outside of one major plotline involving stopping hackers from taking over NewTube. The rest involves weird side missions where you help actual YouTubers and streamers (including PewDiePie, GermanLetsPlay, Crainer, and Laurenzside) with some sort of strange situation or video idea. It might have helped if I knew anything about these YouTubers or streamers (I’m more of a Call Me Kevin or Let’s Game It Out kind of guy) as their missions presumably tie into their channels.

While I have enjoyed my time with Youtubers Life 2 so far (and actually got addicted to it at one point), there are definitely a few issues that keep it from being great. One of the big annoyances a lot of people have had is that the energy bar drains far too fast. Until you can afford to easily purchase food to replenish your energy (probably a few weeks), you can pretty much only create and edit one video per day. You can spend some of your extra time exploring the world but there were at least a few days where I tucked myself into bed at like 4-5 PM. Until you can afford $100 food items to restore your whole energy bar it just feels like you don’t get enough done in a day. While most actual YouTubers only do one video per day, newbies and streamers can often publish 2-5 of them per day so I think the energy drain should be nerfed a bit in this game. On top of this, if you use up all of your energy, you move at a snail’s pace so it’s possible you won’t even be able to explore once you’ve got your video made and published if you use up too much of your energy.

I’m also not a big fan of the video making minigame, it pretty much comes down to getting the right “cards” in order to make a good video. At first, you have pretty bad cards that usually don’t allow you to make better than 2-3 star videos. Once you start unlocking some of the cards for reaching certain subscriber numbers or helping out celebrity YouTubers, it almost becomes too easy. Despite the streaming one being a DDR-style press the right buttons at the right times minigame, I found myself mostly preferring to do streams over videos because the minigame was a bit more fun (and you can always edit your streams for video content as well). I also think the game’s tutorial could use a bit more work. It pretty much tells you exactly what to do for the first week or two but after that, you’re basically on your own. For example, for the first several weeks of videos, I had no idea that using green, blue, etc. cards would give you more points towards your videos than the standard ones. After I got enough of those cards and learned this trick, 4-5 star videos became a regular thing for me. Locations for certain quests can also be a bit difficult to find until you start learning the city better.

I played the PlayStation 4 version of Youtubers Life 2 and while I encountered a few bugs here or there, I don’t think this is anywhere near the “buggy mess” that a lot of Steam reviewers seem to imply. I believe I’ve clocked in about 10-12 hours so far and the only real problems I’ve encountered was having a hard time opening my storage from time to time, occasional bits of lag during the streaming minigame once it starts getting fast (which can throw you off and hurt your streams), and at one point no longer being able to talk to one NPC after completing one of her quests (talking with her outside her place of work solved the problem). That’s pretty much it, nothing major or even close to gamebreaking. Maybe the Steam version is more bug-ridden than the console ones, otherwise I’m not sure what those Steam reviewers are really talking about.

This may sound like a lot of negatives but I did still find myself having a lot of fun with Youtubers Life 2. I even got a bit addicted at one point. It’s definitely repetitive and there are some things that should be fixed but it’s still a reasonably fun life simulation game that allows you to live the dream of becoming a YouTube star (something that boring people like me will never get the chance to do). There’s a lot to do and despite only having one channel type instead of four, it feels like there’s a lot more content here than in the original game (which was pretty much just make YouTube videos day in and day out). There’s places to visit, events to see, trends to discover, items and clothing to earn and buy, NPCs to befriend or romance, and much more.

A lot of people on Steam are recommending others to just buy the first game instead. First of all, this game is quite a bit different than the first one to begin with. It also has a lot more content and is only $5 more on Steam ($15 more on consoles for some reason). I’m having a really hard time explaining why I liked playing Youtubers Life 2 but I have genuinely enjoyed my time. It’s a nice, somewhat grindy and repetitive game that you can chill out with. While your videos are naturally going to keep doing better and better no matter what you do (unless you put out a truly awful one on purpose), it’s fun watching your player’s channel grow. Most of the issues above are relatively minor issues that could easily be improved with future updates (in fact an announced patch seems to address most of these). The good in Youtubers Life 2 more than outweighs the bad. I personally would recommend it but only to those who like repetitive/grindy games and life simulators. The $39.99 price tag on consoles is a little steep, but $29.99 on Steam is a pretty reasonable price.

Youtubers Life 2 was released on October 19, 2021 for PlayStation 4, Xbox One, Nintendo Switch, and Steam.