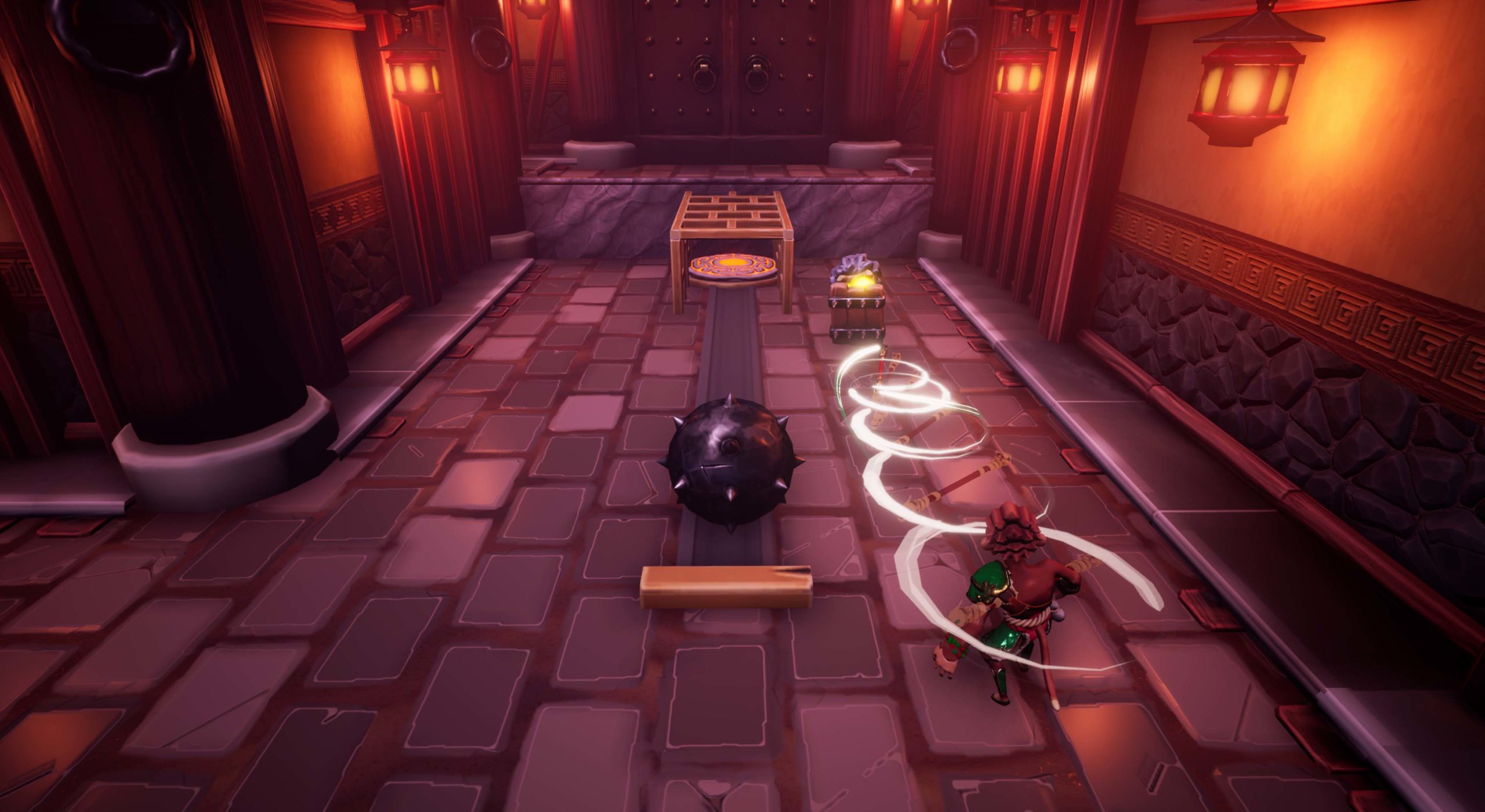 Ever since I was a kid I have been a big fan of the platforming genre. In particular I was a pretty big fan of the Crash Bandicoot series especially the early games as well as the latest game in the series. I bring this up because the game I am looking at today, Wukong, immediately reminded me a lot of the Crash Bandicoot series. Additionally I have always enjoyed a good indie platformer so I was interested to see what the game had to offer. Wukong is a pretty fun 3D platformer even if it isn’t the most original or longest game in the genre.

In Wukong you play as the title character Wukong. After an adventure Wukong is returning home with all of the treasure they acquired. While sleeping they end up dropping their treasure throughout the surrounding area. You must help Wukong retrieve all of the lost treasure.

In many ways Wukong is a lot like your typical 3D platformer. The ultimate goal of each level is to reach the end of the level. To do this you need to jump between platforms and deal with various enemies. The platforming is simple as you are only given a single jump and a sort of dash move. To deal with enemies you can jump on their heads to eliminate them. Otherwise you have a spin move and you can also throw your staff. You can take a number of hits before you run out of health and lose a life. You earn another life whenever you acquire 100 coins.

If this premise sounds familiar at all, it probably should. While I enjoyed playing Wukong, I wouldn’t consider it to be a particularly original game from the genre. If you have played any games from this genre before you should know what to expect from the game. There really aren’t any mechanics in the game that I haven’t seen used in other games before.

In a lot of ways the game reminded me a lot of the Crash Bandicoot series. There are a few tweaks mostly in the combat as there is a ranged attack and you can take more hits before losing a life. The basic gameplay is very similar though. In a lot of ways I would say that the game feels like what you would get if a Crash Bandicoot game was made by a indie video game studio.

As a fan of these type of games I would say that I generally enjoyed playing Wukong. The game is not perfect but it succeeds at what is most important, the game is fun to play. The controls generally work well and the gameplay succeeds because it is straightforward and to the point. Jump between the platforms and deal with the enemies that get in your way. Carefully exploring your environment is important as well to find the hidden collectibles. The game does a good job recreating what is fun about the 3D platforming genre even if it doesn’t particularly innovate on it in any meaningful ways. If you are a fan of Crash Bandicoot style platformers I think you will enjoy Wukong.

While the gameplay reminded me a lot of the Crash Bandicoot series, the difficulty is not nearly as high. I wouldn’t say that the game is super easy, but it is not all that challenging either. I do play a lot of platformers so this probably had some impact on my thoughts on the difficulty. I did end up dying a couple of times. I would attribute most of my deaths though to depth perception as it is sometimes hard to tell if you jumped too far/short to reach a platform. Otherwise if you rush too much you may die due to hits from enemies. The game is challenging enough where it won’t be a cakewalk. The game has a good difficulty level for children and those who don’t play a lot of platformers. Those who play a lot of platformers though likely won’t have too much trouble beating the game.

Probably the biggest problem with the game is just the fact that it is on the short side. The game consists of only eight total levels. The levels themselves aren’t particularly long either. You could probably finish a lot of them within three to five minutes if you rushed through them. Scattered throughout each level though are a number of collectibles to pick up. To progress in the game you need to acquire most of these collectibles so you do need to pay close attention to your surroundings in order to find some of them. This adds some time to the game as you can only miss a couple throughout the entire game in order to unlock the last level. Even with finding enough collectibles, the game can still be beat in around 1-2 hours. If you want to get all of the trophies it will take a little longer, but Wukong is still a pretty short game.

Ultimately Wukong is fun even if it is not the most original 3D platformer. The game reminded me a lot of the Crash Bandicoot series where it felt like an indie version of that series. The platforming is pretty satisfying and should be fun for fans of the genre. I wouldn’t consider anything about the gameplay to be particularly original though. The game is also on the easier side which contributes to the game’s short length as most people could probably beat the game within 1-2 hours.

I enjoyed playing Wukong. If you don’t generally care for 3D platformers I don’t really see the game being for you. I think fans of these type of 3D platformers will enjoy Wukong and should consider picking it up. Whether you pick it up now or wait for a sale depends on whether length really matters to you.