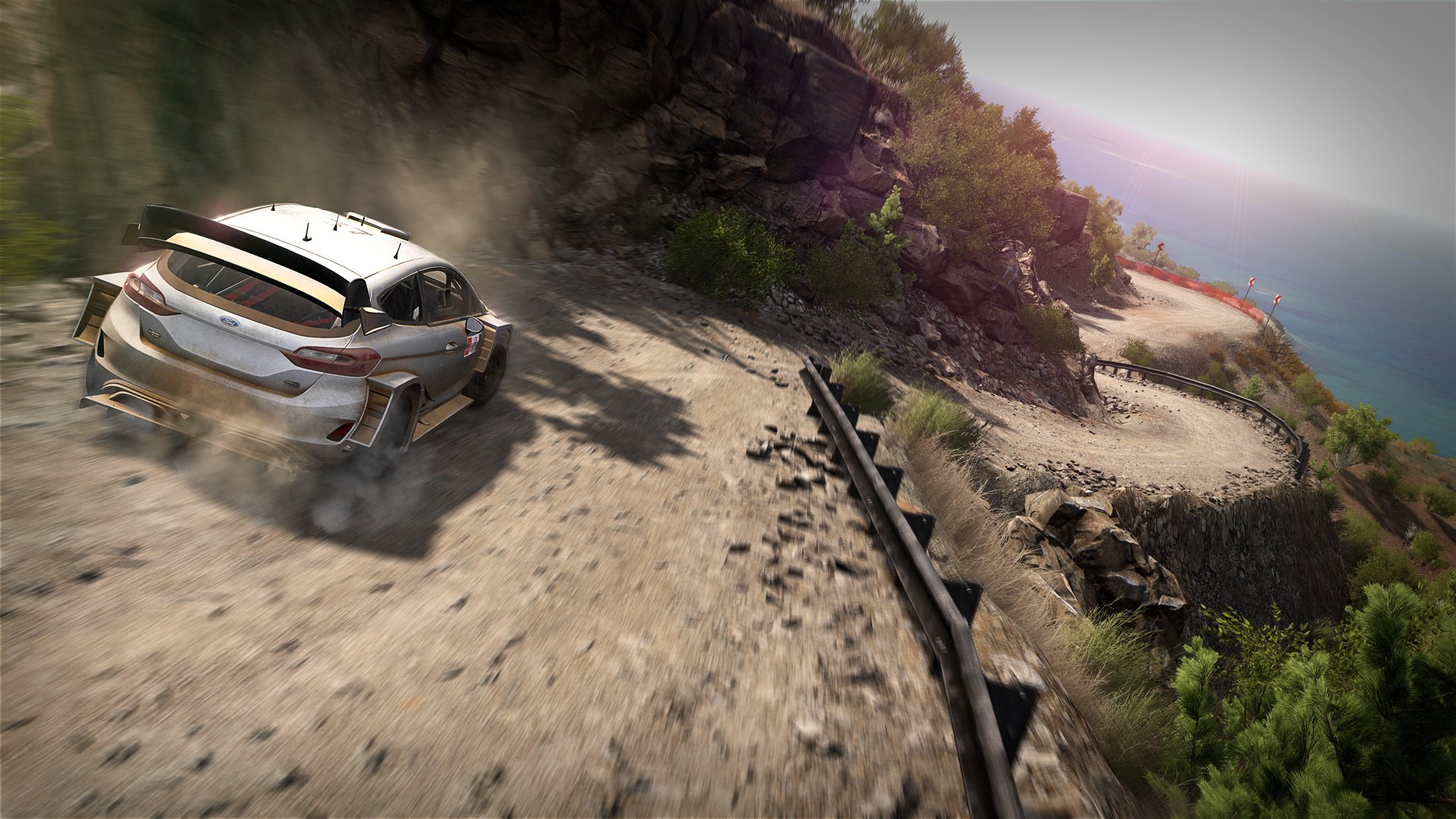 Sometimes my reviews flow super easily and come together in the matter of hours. Others, like this review of WRC 8 for example, I struggle with mightily and it will take me days to piece together a 1000+ word review. In most cases, this is due to a game having few things it excels at or struggles with (in other words, it’s just solid not spectacular). The more mediocre the game, the harder it is to write about said game. WRC 8 fits that to a tee. It’s good enough that its intended target audience will enjoy it but also not something that is going to win new fans that don’t really play or enjoy driving simulators. While I have always been a fan of driving and racing games, I fit into that category as I believe this is the first time I’ve tried a driving simulator game. I usually stick with arcade racers that give you a lot more leeway with your driving. However, one of my goals in life is to try as many new genres and things as I possibly can as I’ve been surprised by so many things that I’ll never judge a book by its cover again. WRC 8 is solid enough but I think I’ll mostly stick to my usual arcade racers.

The World Rally Championship video game series is a very long-running series that I had never checked out prior to this release. The series dates all the way back to 2001 and the sixth generation of video game consoles, where it was a PS2 exclusive. The license has had four different developers and three publishers, with KT Racing and Bigben Interactive both taking over back in 2015 with WRC 5. WRC 8 is the thirteen entry in the main series and the first release since 2017 (it took a break last year). The World Rally Championship is a series of point-to-point rally races (mainly held in European countries) featuring some of the toughest roads I’ve ever seen. The roads are narrow and rough (they are often gravel or even snow-covered), the turns are sharp, and the cars are high performance (which is good to tackle these hard roads but also makes them tough to control).

Before I get into what is new and improved in WRC 8, let me remind you that because I haven’t played a game in this series before, I don’t really have the ability to tell you whether or not the upgrade is worth it or not. I especially can’t tell you how good the improvements are or how they change the game. The following list of additions and improvements is from the game description and press releases. With that in mind, the biggest change in WRC 8 seems to be a revamped career mode including off-week training events (and other things that can help your career like manufacturer challenges), managing your crew, and earning experience that helps you unlock things on a skill tree. Other additions and improvements include an improved weather system (making driving these difficult courses even tougher), new off-road physics, and the full 2019 season of WRC events.

Those into hardcore driving simulators likely can’t do much better than WRC 8. The game is challenging but that just makes it even more rewarding when you hit a turn perfectly. Unlike the arcade racer games that I tend to prefer, if you make a mistake in WRC 8 you’re pretty much screwed (though the game does put you through a test and your competitors’ times will somewhat correspond to your skill level). If you go off course even once, it’s going to be very hard to win a race. While the game is challenging, it is also quite fair as nearly all of the mistakes I made were completely my fault. Either I was driving too fast, I didn’t see a turn coming up (and missed my co-driver calling it out), or I lost my concentration for a brief moment. Very few of the mistakes were caused by the game, I just suck at harder racing games. I’m mostly fine until it comes to the hairpin turns and square turns, which almost always lead to disaster. I’m not sure how many times my driver would have been dead from my poor driving but I’m guessing somewhere in the area of 100 times or more. Also a positive, WRC 8 looks gorgeous visually. While I’ve heard the DiRT series is even more beautiful, I can’t see how it looks much better than this.

While this may not be a “con” for most people (i.e. those who already know what they are doing when it comes to rally races), for beginners like me it is a pretty difficult game to learn the ropes and get into. While WRC 8 does its best to help you learn the game in some areas (the aspects of the career mode), the tutorial is rather limited when it comes to teaching you how to drive rally cars. I mostly had to learn from experience that you need to drive slowly and focus on accuracy as the turns are just too sharp and dangerous to go really fast. The game doesn’t even explain the directions your co-driver is giving you (I’m guessing the game expects you to know the terminology but I’ve never seen a rally race in my life), though most of it is rather self-explanatory (I did have to look up some terms online though). Also, while not mandatory I feel like WRC 8 is a game you almost need to have a driving wheel for. I’m sure some of my troubles controlling the car were due to me using a controller rather than a wheel. Most driving simulator fans probably already have a wheel anyway but if not, you’ll probably need to spring for one if you want to play this game (or at least if you want to play it well that is). The only negatives I noticed gameplay wise were some occasionally odd collisions when I hit certain obstacles (some wacky physics that would never happen in reality). Those were few and far between though and at this point in the WRC series, the game is otherwise very polished and nearly glitchless.

Other than those two paragraphs though, there just really isn’t that much to talk about with WRC 8. Nothing really stands out about it. In most cases this is a good thing (it means there are no real negatives to point out) but it also didn’t “wow” me as much as I had hoped (and it didn’t suddenly turn me into a driving simulation game fan). It’s difficult to pick up but provides a challenge for those looking for a difficult racing experience. It’s pretty nice to look at but nearly everything else about the game is just solid, and mostly unnoteworthy to write about. Basically, the game is solid if not good for those into the genre but it doesn’t really provide many reasons to play it for those who don’t generally play this kind of game.

While the additions and improvements in WRC 8 aren’t really that numerous, they do all seem like things that would help the game in a pretty significant way. If you already know you enjoy the WRC series, I would highly recommend picking up WRC 8. If you like driving simulators and haven’t tried a game in the series yet, I think there’s a very good chance you’ll enjoy your time with this game. For those (like me) who are more into arcade racers, the decision is much tougher. While I was starting to learn the game after a few hours of practice, I think I still prefer casual racers. Recommended, but probably only for those who like the series or genre.