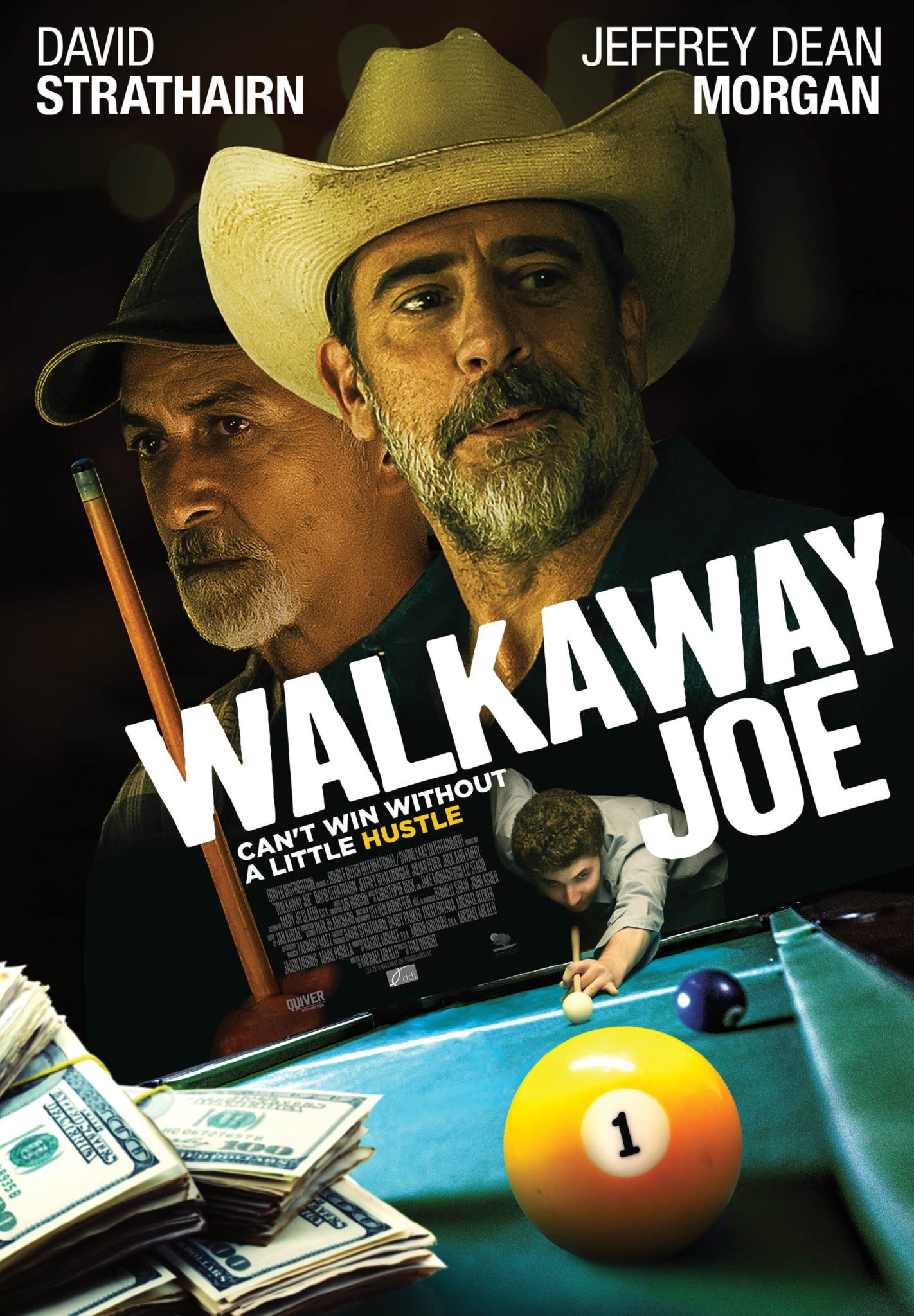 Billiards/pool/snooker/etc. is a topic that has been featured in a number of movies over the years. While there are some classic movies in the genre, the game/sport doesn’t seem to have as many classic movies as most other sports. I am kind of curious why as I think it could follow a similar formula as many other classic sports movies. While I am not a huge fan of pool I am intrigued by the topic as I think it could be used as the backdrop for a compelling story. Today I am looking at Walkaway Joe which is a new movie featuring a pool element that is releasing on select theaters and on demand today (May 8th). While it didn’t seem like your typical sports movie, I thought Walkaway Joe looked interesting enough to check out. Walkaway Joe doesn’t focus on the pool elements as much as I would have liked, but it is still a solid drama about trying to deal with your past mistakes.

Dallas is a teenage boy who is having troubles at home. While Dallas loves his father Cal, Cal is not what most people would consider a good father. Cal is a hustler and a “professional” pool player who teaches Dallas the tools of the trade. Cal is not a family man though as one night he leaves with no intention of returning. Wanting to bring his father back home Dallas decides to run away from home to search local pool halls hoping to find his father. In his journey he runs into an older man named Joe who agrees to help him. Joe is basically a loner who travels the country in his mobile home as he tries to run away from the troubles from his own past. As they seek out Dallas’ father can these two men help each other get through the crossroads that they are currently facing in their lives?

After watching Walkaway Joe I am not entirely sure what to think. Based on the trailer Walkaway Joe felt like a combination of a pool movie, a road trip movie, and a drama as two men tried to deal with the issues that haunt them. I don’t mind the occasional drama, but I was personally more interested in the pool aspect of the movie. In this regard the movie was kind of disappointing. The movie does feature some pool action, but it is clearly a secondary element to the movie. The movie features a pool tournament that is pretty good. The tournament doesn’t last long though and feels a little rushed. I really think the movie should have dedicated some more time to this as it was the movie’s best element in my opinion.

I would instead say that the movie is mostly about Dallas and Joe dealing with their own issues. Dallas is trying to come to terms with the fact that his father is not a good role model and it might be better to just let him go. Meanwhile Joe is dealing with his own issues ofnot being a great father as prior mistakes with his own son has lead to his current loneliness. The movie deals a lot with how not all fathers are great and how to improve and learn from your past mistakes. In a lot of ways this aspect of the movie shares a lot in common with your typical drama movie. The movie is not particularly action packed as even the pool scenes are not really suspenseful. Instead the movie focuses more on telling stories of regret and how to deal with it and move forward.

On the positive side there are elements of this drama element that I enjoyed. I attribute this mostly to the acting. For the most part I think the acting is pretty good. David Strathairn and Jeffrey Dean Morgan are the standouts as they both do a good job portraying fathers that have not always been the best in the past. Julian Feder also does a fine job as Dallas trying to realize that his father is not the best influence on him. The supporting actors are a little hit or miss, but the acting for the most part is pretty good.

On the downside I thought the movie dragged a little at times. At 89 minutes long the movie is not particularly long. Yet there are parts of the movie that are kind of boring. I don’t know if scenes should have been shortened or tweaked. Maybe some additional scenes may have helped. In particular I think the movie could have spent more time on the pool tournament as too little time is spent on it in my opinion. Most of the movie is fine, but there are times where things drag a little too much leading to a movie that can sometimes be a little boring.

Ultimately Walkaway Joe is an okay movie. There are elements that I enjoyed and other things that could have been done better. The movie doesn’t feature pool as much as I would have preferred as it acts as more of a secondary element. This is kind of a shame as the pool scenes are pretty good and are the movie’s best element. Instead the movie focuses more on dealing with past regrets and learning to move on. This element of the movie is supported by pretty strong performances by the main cast. It does lead to some slow points though where I think some things could have been tweaked.

As for my recommendation I think it comes down to a couple things. If you are looking for a good pool movie my recommendation kind of depends. The pool scenes in the movie are pretty good, but they don’t play a large role in the movie. If you don’t mind that pool doesn’t play a major role in the movie it may be worth checking out Walkaway Joe. I think the people who will like the movie the most will be people who are more into character driven dramas. If the movie’s premise interests you I think you will enjoy it. Those that aren’t big fans of slower dramas though may find the movie to be a little too slow for them.

Walkaway Joe releases on select theaters, on demand, and digital on May 8th, 2020.