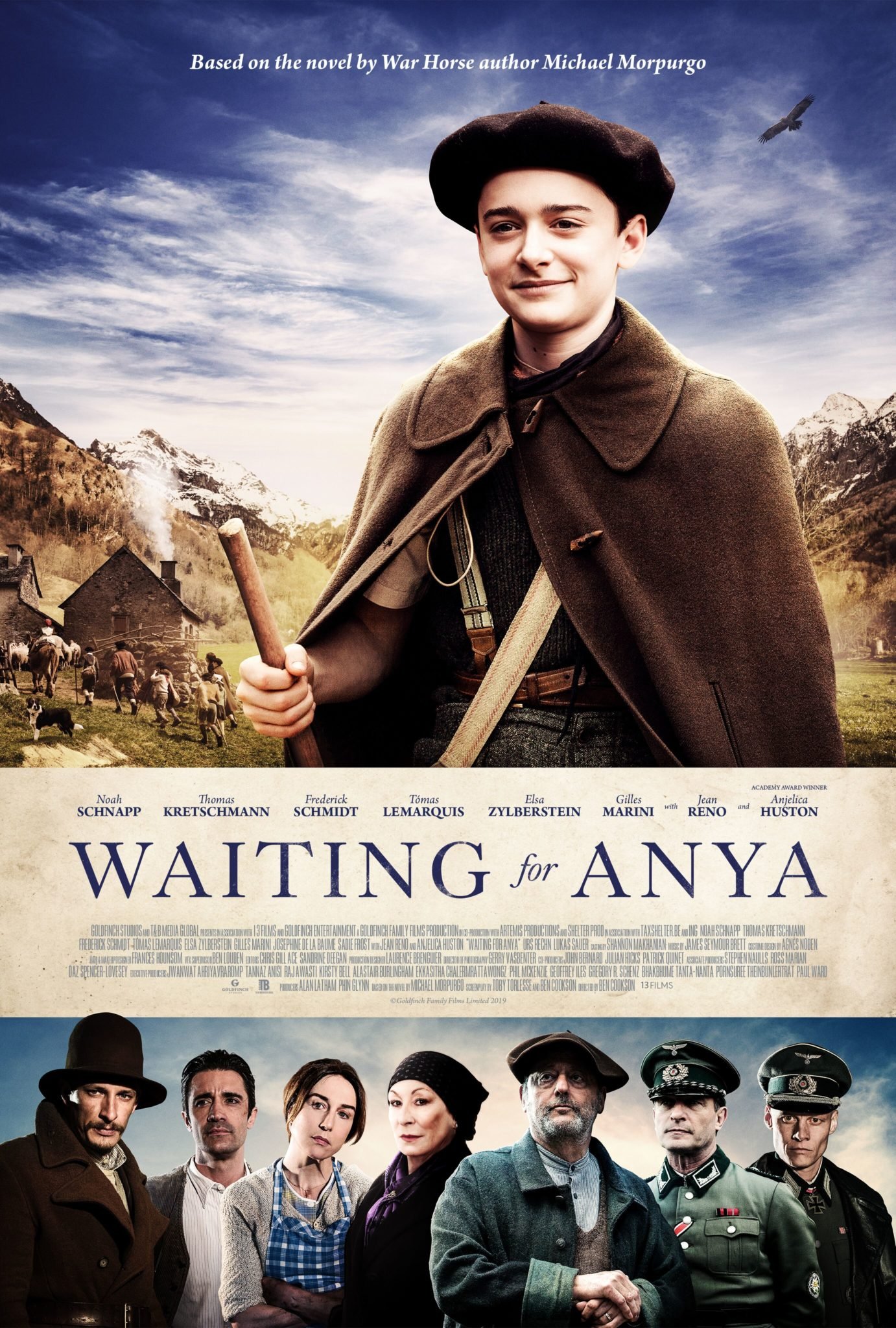 I don’t know exactly why but I have always been kind of a sucker for historical dramas especially if they are based on a true story. For this reason when I saw the trailer for Waiting for Anya I was intrigued. While there have been quite a few movies featuring stories of people trying to help Jewish people escape/hide from the Nazis, I generally find that these stories to usually lead to a compelling story. Waiting for Anya is another one of these stories that is based on the 1990 children’s book of the same name. While I had never read the book or even heard of it, the premise sounded intriguing enough that I wanted to check it out. Waiting for Anya is a faithful adaptation of its source material leading to an engaging story that may be a little long at times.

World War II is raging throughout Europe with the Nazis having already taken control of parts of France. Jo is a teenage boy who lives in the southern France town of Lescun that has avoided the conflict of the war so far. After his father leaves home in order to fight against the Nazis, Jo is forced to help take care of his family’s sheep. One day while watching the sheep he encounters a mysterious man named Benjamin which he has never seen in town before. He decides to follow the man to his home where he finds out that Benjamin and his mother-in-law Widow Horcada are hiding Jewish children in their barn from the Nazis. The two have been helping smuggle the children across the border into Spain in order to help them escape the Nazis. Benjamin is also waiting for his daughter Anya to find her way back home so they can both escape to Spain. Jo ends up helping them but things become more difficult when the Nazis arrive in town and occupy it. Will their plan to get the children across the border succeed or will they be caught by the Nazis?

As I mentioned at the beginning of this review I have always been a fan of most types of historical dramas. I am an even a bigger fan of true story movies as I have always found there to be something really engaging about a movie based on true historical facts. In the case of Waiting for Anya it seems like it is a combination of historical fiction and true story. As far as I could tell Jo and the other characters are not based on real people and the events portrayed in the movie never happened. The book and movie were based on historical events though. It may have not gone the same as portrayed in the movie, but during World War II people in the towns on the French border did help sneak many Jewish people across the border into Spain to escape the Nazis. So Waiting for Anya may technically be fiction but it is inspired by true events.

For the most part Waiting for Anya is pretty much what you would expect from this type of movie. The majority of the movie is about trying to help the Jewish children hide and eventually escape the Nazis. This involves the characters trying to mask their actions from the Nazis which is an ever growing threat. A lot of the movie plays out similarly to most of these type of stories outside of one main difference that I am not going to talk about to avoid spoilers. While I have never read the book, based on a synopsis of the book that I read the movie seems to follow the book very closely as the main plot points between the two are exactly the same. There may be a few minor plot differences but nothing that drastically changes the overall story.

Even though Waiting for Anya shares a lot in common with many of the other movies with a similar premise, I still genuinely enjoyed the movie. It may not be the most original movie, but I still found it to be pretty engaging. Like most of these types of stories you want to keep watching to see what is going to happen next. Most of the movie went exactly how I expected, but I have to admit that I was actually genuinely surprised by part of the ending. The plot for the most part is pretty strong. The movie won’t be for everyone as it isn’t particularly action packed as it is more of a historical drama after all. If the premise doesn’t sound all that interesting to you it probably won’t be for you. If the movie’s premise sounds interesting though I think you will enjoy Waiting for Anya.

I enjoyed Waiting for Anya but it is not perfect. The biggest problem with the movie is that I felt it was a little inconsistent. I found the movie to start a little slow as it takes some time to get going. The movie eventually starts to pick up but there are still some slow points scattered throughout the movie. At 109 minutes the movie is not overly long, but it tends to drag a little at times. I think the movie could have benefited from editing down or removing a few of the scenes. The movie could also have reassigned some of the runtime as the early parts of the film last a little too long while I think some more time could have been added to the middle/end of the movie. These slow points ultimately don’t ruin the movie but they do hurt it a little.

In a lot of ways Waiting for Anya is what you would expect it to be. The movie follows the plot of the book that it is based on really closely. It also shares a lot in common with many of the other movies that have been made about hiding/helping Jewish people escape from the Nazis. This is not necessarily a bad thing as I found the story to be engaging. The story might be historical fiction but it is inspired by true heroes. The story keeps you interested until the very end as you want to see if their plan succeeds. I also found the acting to be pretty good even though the actors’ French accents sometimes make it hard to understand all of the dialog. Waiting for Anya is a good movie but it does have some occasional slow points where the movie drags a little.

Waiting for Anya will be released in theaters, video on demand, and digital on February 7th, 2020