Two weeks ago I took a look at the very first TV series in the Ultra franchise, the little known but solid Ultra Q. It took awhile but I finally got through the second entry in the series, the much more well-known Ultraman. If you don’t want to read my full review of Ultra Q: The Complete Series, the shorthand version is that I loved what Mill Creek Entertainment did with the release (the video quality, packaging, and overall presentation) but I thought the actual content was only really worthy of an average 3/5. The overall release deserved a higher rating though and I ultimately gave it a 4/5 due to how good of a release it was. With Ultraman: The Complete Series, the video quality unfortunately takes a bit of a downturn but that is more than made up for by the improved quality of the content. While Ultraman is certainly corny and cheesy, the episodes are also more interesting and exciting to watch. I’m not surprised that this series is relatively well-known while Ultra Q has been sort of relegated to the annals of history.

Ultraman began airing almost immediately after the conclusion of Ultra Q. While it isn’t technically a sequel or spin-off, it is certainly a spiritual successor and even stars one of the same actresses (Hiroko Sakurai), though she plays a new character. Unlike Ultra Q, this series is much more serialized and the same cast is at the forefront of every episode (Ultra Q just had the reporter and helicopter pilots show up for a few scenes most episodes). Ultraman is almost completely about the crew of Science Patrol, a defense agency tasked with taking care of giant monsters and space aliens that threaten the Earth (but mostly just Japan). On one of their missions, their weaponry isn’t enough and a member of their crew (Hayata) is gravely injured. Luckily, an alien being called Ultraman was on its way to deal with this threat when this happened. He saves Hayata and gives him the power to transform into Ultraman whenever he or the world is in trouble. The only catch is that Hayata’s Ultraman transformation has a limited “battery life” of about two minutes before he has to “fly off” and return to his normal self. The rest of his team members have no idea that Hayata is Ultraman and despite nothing preventing him from letting them know, he never does so. Hayata usually transforms into Ultraman when all other options fail (near the end of the episode of course) and his fights with the monster of the week tend to devolve into wrestling matches (which still results in the usual destruction of miniatures and models).

In my Ultra Q review, I mentioned that I expected to like the much better known Ultraman more, especially since I love extra cheese in my shows and movies. While Ultraman falters in the video quality department (especially compared to Ultra Q), the packaging and presentation are just as good. Also, the content is better due to some added cheesiness. This includes an amazing opening theme song (which is very corny but also a bit catchy), some ridiculous outfits (ugly orange suits with tiny badges that double as communicators), the show’s announcer rooting Ultraman on (“You can do it Ultraman!”) and some very cheesy monster wrestling. There’s also a comic relief character named Ito/Ide (played by Masanari Nihei) that I found hilarious. I’m sure some will probably be annoyed by him but I love his sort of Three Stooges-esque slapstick comedy and stupidity. The rest of the characters are pretty bland so Ito/Ide really stands out.

The lack of corniness was one of the reasons why I gave Ultra Q an average grade in the content department. Thankfully, that is turned up to eleven in Ultraman. There’s a lot more to laugh at and make fun of in Ultraman but it still retains the great production quality of its predecessor. The miniatures and models are still extremely well-done and now you get to see two men in monster suits wrestle and destroy them. Of course a cheesy and corny show like this has a limited audience but those who watched it as a kid should still love it. For those who never saw it when they were young, your enjoyment will likely come down to how much you enjoy corny television. I personally enjoy the occasional cheesy television program and thus I enjoyed my time with Ultraman despite never seeing an episode before I got this release.

While I thought that Ultra Q looked fantastic on Blu-ray when I reviewed it, unfortunately Ultraman: The Complete Series doesn’t look nearly as great on the format. I suspect that this has to do with the move to color as when episode five goes back to black and white for a brief flashback scene, it’s back to looking very clear. The biggest problems involve some artifacts in certain episodes, the picture not being nearly as crystal clear as Ultra Q, and the rather dull colors. Compression isn’t really an issue as the 39 episodes are spread out onto six discs (meaning six to seven episodes per disc which is perfectly fine for Blu-rays). In order to keep their prices low, this is one of the things Mill Creek is notorious for sacrificing but it isn’t an issue with either of these two Ultra series releases. The video quality is watchable and definitely improved over the DVD, just not as good as Ultra Q and maybe a tad disappointing overall. It’s not like Ultraman is the type of show that has to look amazing in the first place. It’s a cheesy giant monster TV show that’s now over 5o years old. While Ultraman: The Complete Series looks nowhere near as good as Ultra Q, the video quality is acceptable especially considering the pretty low retail price. On the audio side of things, unless you know Japanese you will have to read subtitles as no dub tracks are included. This isn’t an issue for me as I prefer to read subtitles so I can hear the real actors’ voices and the original language. I do know that some people can’t stand reading subtitles though so I had to mention this fact in this review. 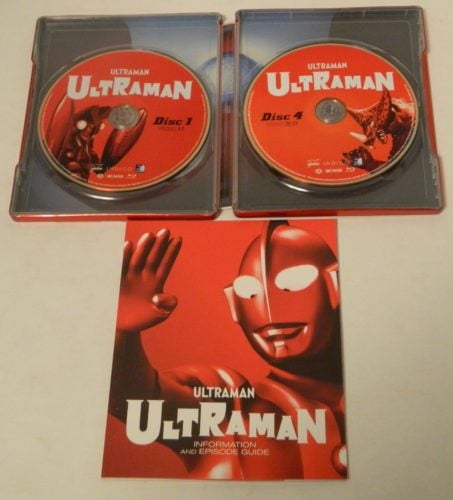 Like Mill Creek’s release of Ultra Q, Ultraman: The Complete Series is also available in two different packaging options. You can opt for the slightly cheaper standard packaging (which continues the spine mural started with the Ultra Q release) or pay a few dollars extra for some sturdy and gorgeous SteelBook packaging. If you read my Ultra Q review, you should know that I loved the packaging and the art direction used. With Ultraman: The Complete Series, it’s just as good. The look is very similar to the first release in this series, just with a bigger focus on Ultraman instead of the monsters he fights. There’s a slipcover which provides a 3D element to the art and even the disc art is nice and clean. As a collector with a minor case of OCD, I also love how similar these two releases look (especially on the spines). They will look great lined up together on a shelf once more releases are put out. Also similar to the Ultra Q release, Ultraman: The Complete Series comes with a nice little 24-page booklet of information about the series. Everything from episode synopses and character profiles to show development information is covered in this booklet. While most of this information can likely be found online, I love it when Blu-ray publishers go above and beyond with their releases and this booklet is a very nice addition. It shows that Mill Creek Entertainment put a lot of effort into these Ultra series releases. Unfortunately other than the booklet and a movieSPREE digital code, no extras are included in this set. This is a bit disappointing but considering the very reasonable price of the release (just $21 for the standard packaging and $24.99 for the SteelBook release at press time), I would say it is acceptable.

Outside of the dip in video quality, Ultraman: The Complete Series is just as good of a release as Ultra Q: The Complete Series. While the downgrade in video quality does hurt the release a bit, the show itself is also much better and cheesier and more than makes up for it. This release is still a very good one (especially from a value standpoint) and I recommend that all Ultra series fans upgrade. Highly recommended.

Ultraman: The Complete Series – SteelBook Edition was released on Blu-ray on October 15, 2019. 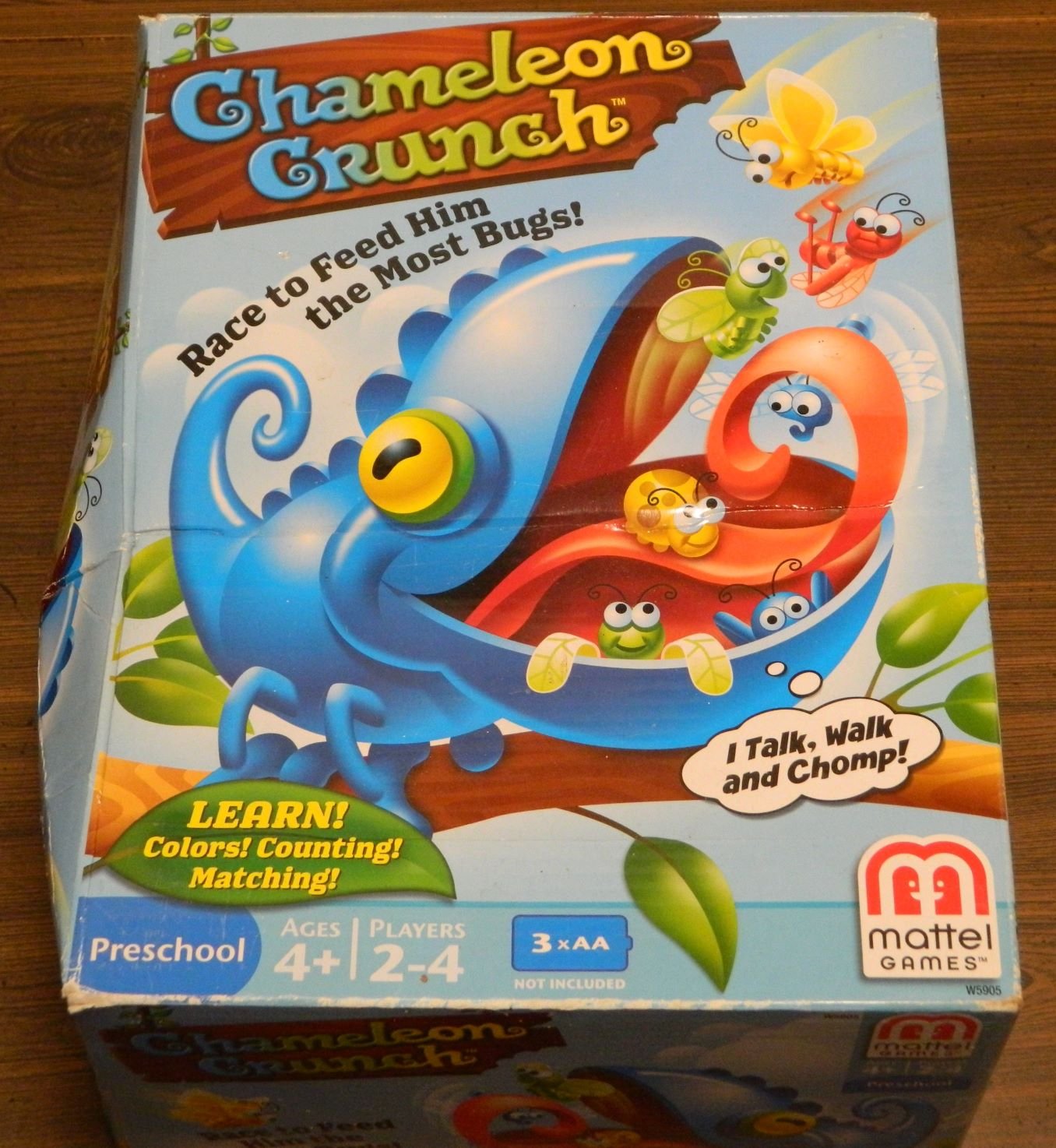 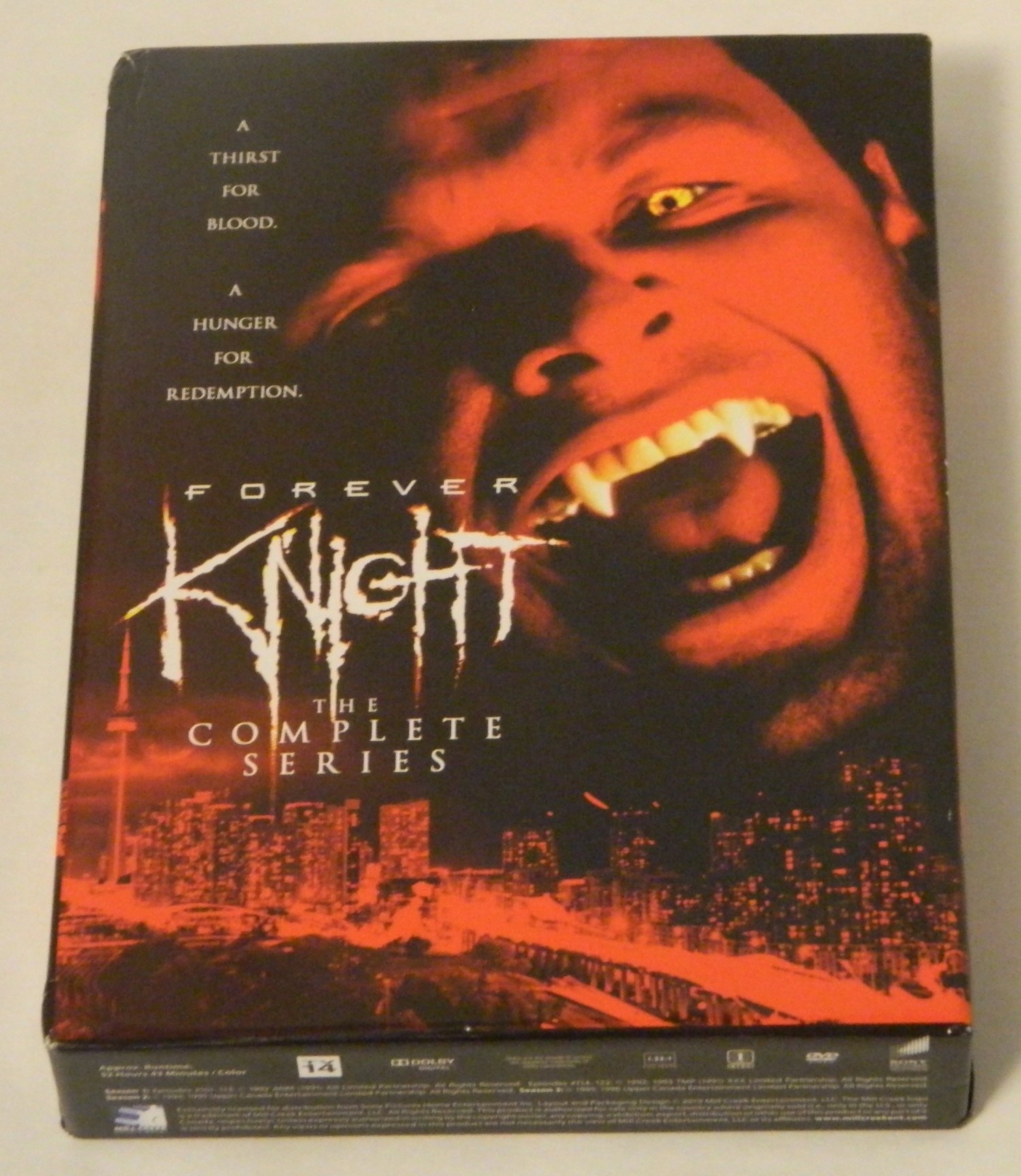