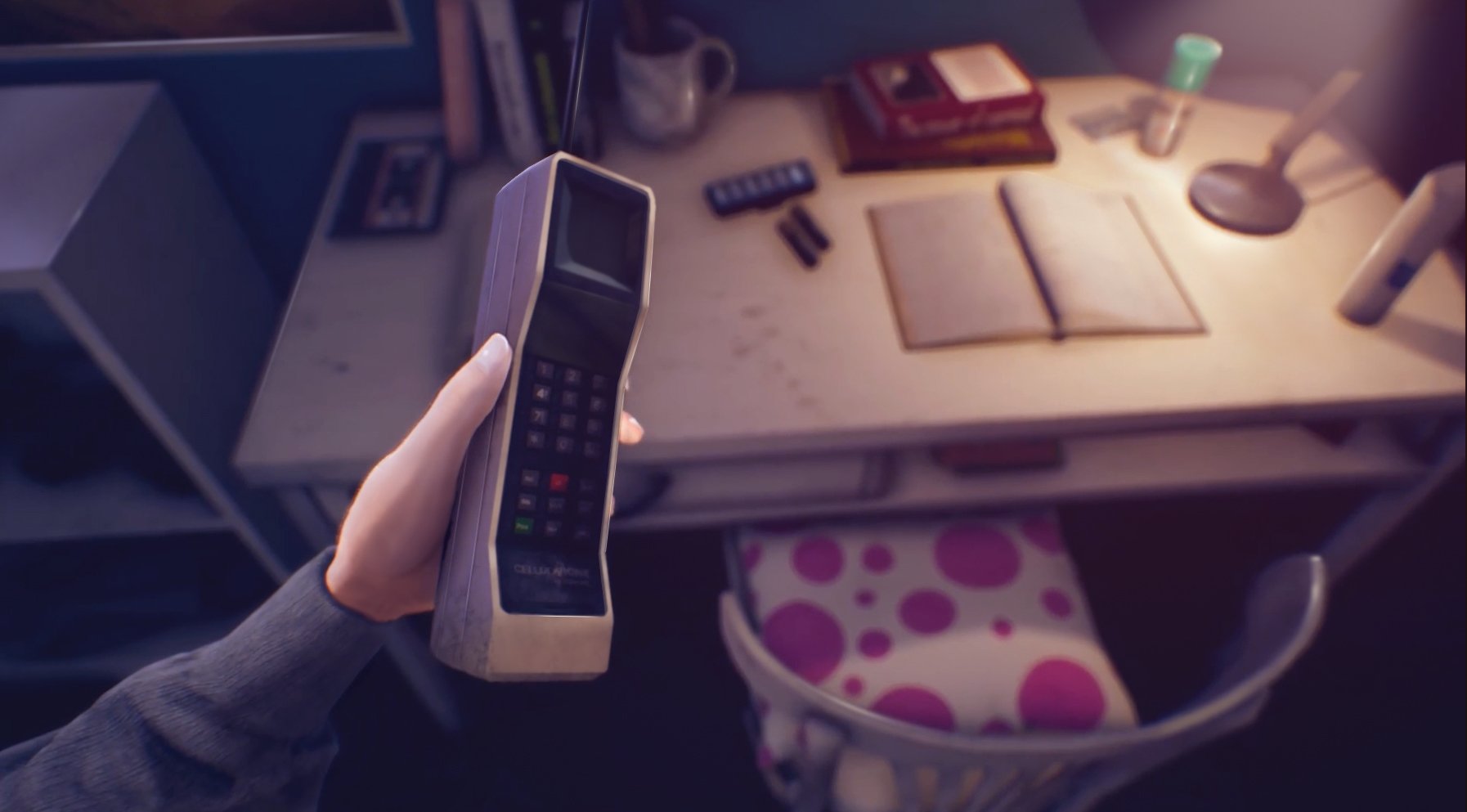 Released back in February of this year The Suicide of Rachel Foster had a pretty successful launch for the walking simulator genre. The walking simulator is arguably one of the most controversial video game genres. A lot of people hate the genre as the gameplay is usually pretty limited due to the games generally relying more on storytelling. The genre has a pretty big fanbase though of people that want a video game that tells a truly compelling story. While I wouldn’t call it my favorite genre, I appreciate it as I enjoy games that actually put a lot of effort into their stories. While I never checked out The Suicide of Rachel Foster when it originally came out, the game was released on PlayStation 4 and Xbox One a couple days ago which gave me the opportunity to check it out on PlayStation 4. The Suicide of Rachel Foster tells an interesting and pretty dark mystery that is compelling for fans of good game stories even if the gameplay is a little lacking and the story has a few missteps along the way.

The Suicide of Rachel Foster takes place in 1993. You play as Nicole. Nicole was a happy teenager until her whole life was overturned when it was discovered that her father Leonard had an affair with Rachel Foster a teenage girl around Nicole’s age which ended in a pregnancy. Shortly after Rachel committed suicide. After finding out about the affair Nicole and her mother left her father. The story picks up ten years later after her mother dies. In her will her mother tells her to sell the family hotel and give the money to Rachel’s family to make up for what happened ten years earlier. Before she is able to sell the hotel Nicole is forced to visit and examine the hotel before she signs the paperwork to sell it. She ends up trapped at the hotel as a blizzard hits the area to the point where she isn’t able to leave for several days. As she has nowhere to go she starts to investigate the hotel with the help of a FEMA agent named Irving who talks with her over the telephone. As the two explore the hotel they discover that the events of ten years ago might not have gone down exactly as everyone first thought. Can you finally discover the truth to what happened to Rachel Foster ten years ago?

As I mentioned earlier The Suicide of Rachel Foster is a walking simulator. I generally hate that term as it is pretty dismissive of the genre which is built mostly around its story and atmosphere rather than its gameplay. It does a pretty good job describing the gameplay though. The gameplay is pretty basic as you mostly just walk around the hotel while exploring and searching for clues on what happened ten years earlier. You will eventually get access to a couple of tools that help you explore the hotel. The gameplay still basically boils down to just walking around and interacting with objects.

Simply put there isn’t much to The Suicide of Rachel Foster’s gameplay. I expected this going into the game and it pretty much delivered exactly what I was expecting. The Suicide of Rachel Foster is not the type of game that you play for its gameplay. In many ways it feels more like an interactive story than a traditional video game. There are no action packed sequences that require precise actions to be taken, and there are minimal puzzles to solve. This should be evident pretty early based on how slow your character moves as the run is barely faster than the normal walk. The whole game is based around searching the hotel looking for clues. Basically your opinion of the game is going to depend on your opinion of walking simulators. If you have never really cared for the genre I see no reason why the game will change your mind. Those that don’t mind the genre though should read on.

The appeal of most walking simulators are their stories and overall atmosphere. Instead of focusing on the gameplay this genre generally puts their time into telling an engaging story and crafting an interesting environment to explore. The genre is mostly known for using the environment to help tell the story. This is the case for The Suicide of Rachel Foster. Most of the game was built around trying to tell an engaging story. As the story is key to your enjoyment of the game I will assure you that there won’t be any spoilers for the rest of this review outside of the overview of the story from above. Regarding the story I have some mixed feelings.

Like most walking simulators The Suicide of Rachel Foster really utilizes the environment to tell the story. If you just run through the story you will get the gist of what happened, but you will miss out on quite a bit of context. The more you explore the earlier you will start unraveling pieces of the mystery as you can infer a lot of what happened ten years earlier by observing the environment and exploring areas outside of the path set out by the main story. I thought The Suicide of Rachel Foster did a really good job in this aspect. The graphics are pretty impressive for an indie game. The hotel does a good job keeping an air of mystery as you explore each nook and cranny.

As for the actual story I found it to be kind of up and down. I honestly thought the story starts off kind of slow. The game takes place over a total of nine days and not too much happens for at least the first half of the game. You mostly just walk around the hotel getting to know its layout while learning the “official story” of what happened ten years ago. This is mostly used as setup for events later in the game, but I think the game could have gotten to the actual mystery a little earlier which would have helped address the other main issue that I had with the story.

After the slow start the story actually picks up quite a bit. When the game shifts to the actual mystery it really starts to pick up as the mystery is quite compelling. The game tries to sell itself as being a mixture of mystery and horror. I would say that it leans much heavier on the mystery aspect as the game isn’t particularly scary (this is coming from someone that doesn’t play horror games because they hate being scared). The story is certainly disturbing and creepy though as it deals with some really mature material. I am not going to get into this element to avoid spoilers, but you can infer some of the topics based on the plot overview. Those that want a good mystery will probably enjoy the game as long as they don’t mind the mature content that the game is based around.

While I found most of the ending to be pretty satisfying, there were a couple elements to it that don’t make a lot of sense. I think this was mostly because they weren’t set up well enough. This makes them feel like they come out of nowhere. I am genuinely curious if the developers decided to change the ending at one point and didn’t remove these elements. These elements don’t ruin the whole story, but they prevent it from being as good as it could have been.

Based on the PC release it seems like most people have wildly differing opinions of the story. Some people seem to really enjoy the story while others don’t. This is probably partially due to the fact that the story can rely a lot on your interpretation. If you just follow the main path through the game the story is pretty straightforward. When you take a closer look at the environment though as well as do some exploration on your own, things become a little more muddled. Depending on how you interpret clues you can see the story in a pretty different way. There are hints in the game that make a good case that the actual story told throughout the main path is not 100% accurate. After reading other players’ thoughts on the story, I genuinely saw different interpretations of the story than what I initially thought after finishing the game. This might disappoint some players that want a concrete answer, but those that like a story that is open to interpretation should really enjoy this aspect of the game.

Outside of the lack of gameplay mechanics the other major issue with the walking simulator genre is that most games from the genre are on the shorter side. The length is going to somewhat depend on how you approach the game. As I mentioned earlier the game consists of nine days. On most of the days you only have to complete one or two tasks so you can complete them pretty quickly if you stick to the main path and don’t divert from it. If you explore and analyze the environment though you can get a decent amount more time out of the game. I would probably give the game a length between three to five hours. If you really rush you could probably finish it a decent amount quicker. If you literally explore every corner of the hotel and get all of the achievements you may get a little more than the five hours out of it.

For this review I ended up playing The Suicide of Rachel Foster on PlayStation 4. As this version just came out a couple days ago I did encounter a couple bugs while playing the game. Twice during the game I ended up getting into situations where I couldn’t pull up the map or the other tools you acquire throughout the game. I have no idea why this happened. When I quit back to the menu and restarted the day everything was back to normal. This was a little annoying, but it wasn’t a huge issue as it happened pretty early in the day so I mostly just had to wait for the load times.

I ultimately had some mixed feelings about The Suicide of Rachel Foster. As the game is a walking simulator the gameplay is pretty limited. You basically just walk around a hotel examining objects to uncover the mystery of what happened ten years earlier. Like all games from this genre the game was going to be made or broken by its story. I honestly had mixed feelings about the story. The game does a great job using the atmosphere to tell the story. Depending on how much you explore the hotel you could interpret the story in a pretty different way. The story itself starts kind of slow though as not much happens in the first half. The story picks up a lot towards the middle and end as the mystery becomes pretty compelling even if it goes to some dark places. While I thought the ending was pretty good, there were a few elements of it that didn’t make a lot of sense.

My recommendation for The Suicide of Rachel Foster depends on a couple of factors. First if you don’t care for walking simulators you won’t enjoy the game as the gameplay is limited. The game then comes down to your opinion of the premise. If the story doesn’t sound all that interesting or the dark themes of the game are upsetting to you, I wouldn’t recommend the game either. If the darker themes don’t bother you though and you are interested in a compelling mystery I think you will enjoy The Suicide of Rachel Foster and should consider picking it up.

The Suicide of Rachel Foster