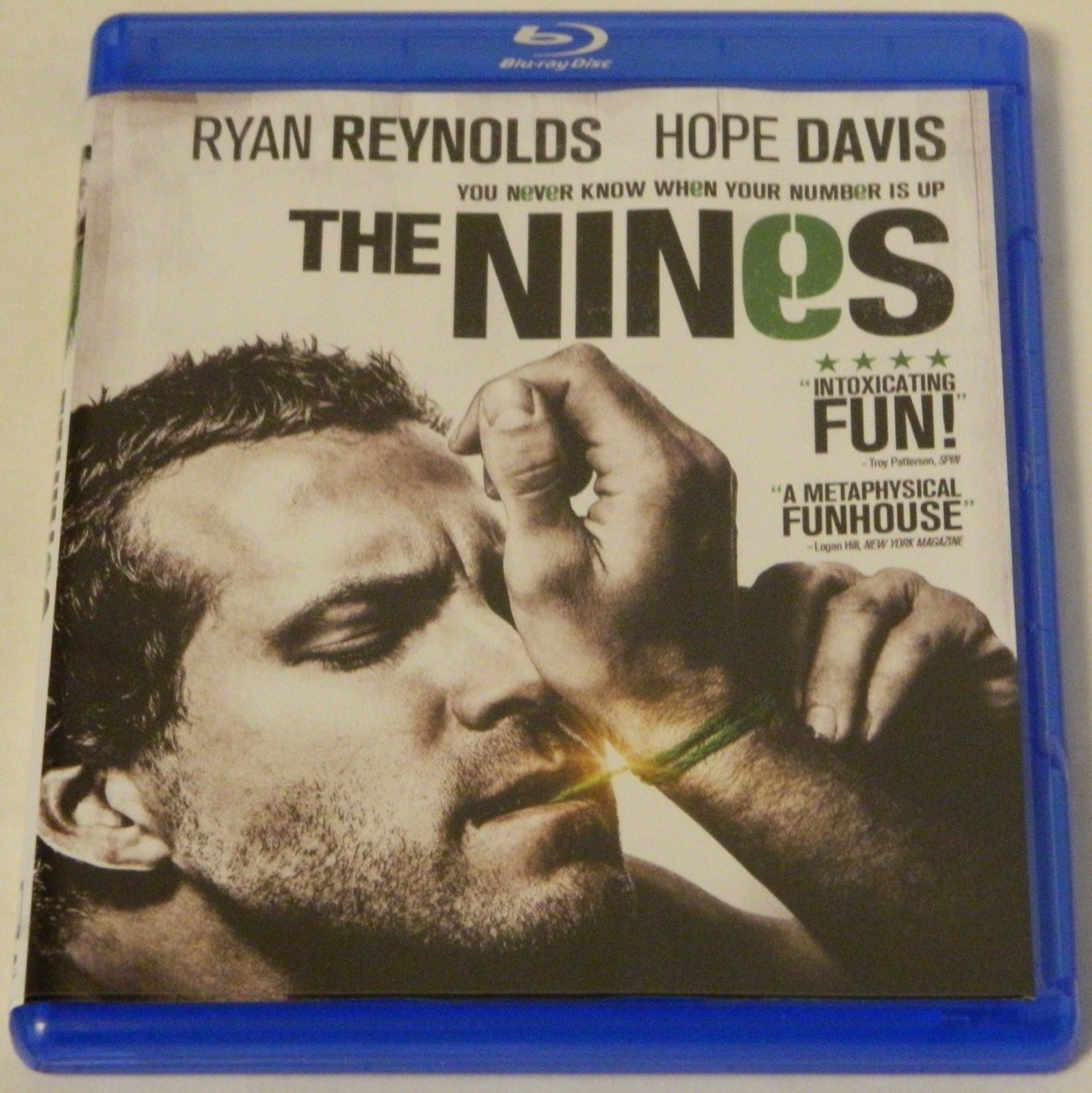 Anyone familiar with my taste in movies will know that I like a wide variety of movies. I like movies from most genres from blockbusters to small indie movies. While I don’t mind generic blockbuster movies that follow a pretty cookie cutter format, I will always give a movie credit when it genuinely tries to do something new and original. Too many movies are afraid to take chances and would rather try to play it safe than take a few chances and fail. When it was first released back in 2007 I didn’t have a lot of interest in The Nines as I had never really heard about it. With the recent release by Mill Creek Entertainment though I checked out the movie’s premise and it actually seemed kind of interesting. The Nines has some good ideas that don’t all pan out leading to a movie that can drag at times.

The Nines is a movie that consists of three short films utilizing the same actors in different roles. The first film is about an actor going through a rough time after a hard breakup. The second is about a writer that is trying to get his dream television pilot picked up. The final film is about a video game designer and his family that are stuck in the woods after their car fails to start. Outside of each of the stories featuring the same actors there also seems to be a mysterious force connecting the characters from these three films together as all is not as it seems. Can the actor, writer, and video game designer discover what connects these three seemingly different stories together?

After I finished watching The Nines I honestly didn’t know exactly what to think. There are things I liked and there are things I didn’t like. The movie wasn’t bad, but I don’t know if I would consider it to be good either. Honestly The Nines is a movie that is hard to really discuss without spoiling it. As I don’t like to add spoilers to reviews this does limit what I can discuss in this review. Spoilers for The Nines in particular are bad because it is the type of movie that is best if you don’t know what is going on. This is because trying to figure out what is going on is arguably the best thing about the movie. Basically the movie is about figuring out how three short films that are quite different are actually interconnected.

In general I had some mixed feelings about the three films. I found the first film about the troubled actor to be pretty boring. It basically felt like your typical story about an actor dealing with drug/alcohol abuse. I found it to drag along where I never really cared for any of the characters. The only time it picks up is towards the end when the more mysterious elements come into play connecting it to the other stories. This happens far too late where when the story starts to become interesting it basically is already over. I found the second film to be considerably better. This story is kind of a behind the scenes look at the making of a television show. I found this story to be pretty interesting. The one problem is that it starts to drag a little towards the end where it ultimately could have been a littler shorter. Finally I didn’t really have many thoughts on the third story. The problem with the third story is that not a lot happens in it. The third story is mostly used to tie the whole movie together explaining all the mysterious things going on. Ultimately I found the ending to be interesting even though I think it could have been better as well.

As I mentioned earlier I had some mixed feelings about The Nines. There are things that I really liked about the movie. For the most part I found the overall premise to be interesting. While it doesn’t always work as well as it could have the movie has some genuinely good ideas. Unfortunately I can’t get into them specifically to avoid spoilers. The Nines is not like your typical movie as it does its own thing. I will always give a movie credit for trying something new instead of just creating the same old movie that has been made over and over again. The Nines deserves credit for trying something new. The movie has some good ideas. People who like thought provoking films will probably really like The Nines.

All of its good ideas doesn’t necessarily lead to a good movie though. The biggest problem is the fact that the movie just feels kind of long. The movie is only an hour and 40 minutes long, and yet it feels a lot longer than that. The problem is that while there are good parts in The Nines they are regularly overshadowed by the slow parts. Too much time is spent on storylines that I didn’t really care about and the best parts don’t get enough time. You are left with a movie that is sometimes good, but you have to go through quite a few boring parts to get to them. Ultimately you are left with a movie that can be pretty slow. It is unfortunate because I think The Nines had the pieces to be a pretty good movie.

The Nines is basically the prototypical movie that some people will “get” while others will be left wondering what in the world just happened. I personally would say that I was somewhere in-between. I basically got the gist of the movie, but had to check online to make sure I wasn’t missing something. Basically I think this is the factor that will determine whether you will love or hate the movie. The Nines is the type of movie that makes you think. People who like deep movies will probably really like The Nines. People who like movies that are easier to follow will probably hate it as it is hard to follow at times. I ultimately found The Nines to be a very average film.

The Nines was released on Blu-ray by Mill Creek Entertainment on March 17th, 2020.