With the newest film in the Jurassic Park franchise, Jurassic World Dominion, coming out this summer, I decided it was a good time to check out some of the board and card games released over the years to coincide with the movie releases. I wouldn’t say that I am the biggest fan of the series, but I have found most of the movies to be enjoyable enough. With the franchise being an on and off blockbuster franchise, it is not all that surprising that there have been quite a few Jurassic Park board/card games released over the years. Today I am looking at The Lost World Jurassic Park Hunt … and Be Hunted Card Game (quite the mouthful). With the history of movie tie-in board games, I can’t say that I had high expectations for the game. The Lost World Jurassic Park Hunt … and Be Hunted Card Game is a decent card game that has little to do with the movie and fails to differentiate itself from any other press your luck game.

I really didn’t have high expectations for the Hunt … and Be Hunted Card Game due to the fact that it was a movie tie-in card game. While the game is not horrible, the game mostly lived up to my expectations.

There honestly isn’t a whole to talk about in regards to the gameplay. When you think of a Jurassic Park card game you might think of a number of different types of games. Would you have thought of a simple press your luck card game though? Well that is exactly what Hunt … and Be Hunted Card Game is. In fact if you have ever played a game from this genre before, you should already have a pretty good idea of what to expect from the game.

Basically the gameplay boils down to the simple question of whether you feel lucky. You basically choose a card from one of three piles and reveal it to see if it is a card that you are trying to collect. If it isn’t, your turn is over immediately. If it is though, you have a decision to make. You can either choose to stop and collect any cards that you have revealed, or you can risk them to draw another card. Ultimately you want to collect more cards/points than the other players.

If you would like to see the complete rules/instructions for how to play The Lost World Jurassic Park Hunt … and Be Hunted Card Game, check out our how to play guide.

I have played a number of press your luck games before and I really can’t think of a single thing that The Lost World Hunt … and Be Hunted does that I haven’t seen another game do before. The game doesn’t really add anything of substance to the basic premise of every other press your luck game. Unless you end up cheating and looking at the next cards or are a good card counter, your fate relies entirely on luck. Draw well and you have a chance of winning. Draw poorly and you will have no chance of winning. The idea of having three piles to choose from gives you the illusion of choice and your choice could actually make a difference. As you have no idea what card is coming up next in any of the piles though, your decision still relies entirely on luck.

As the game doesn’t really have any new unique mechanics, there really isn’t any strategy to the game. If you can keep track of what cards have been revealed so far you can improve your odds of being successful since you can make a more informed decision. The game is really missing a mechanic to make it feel like you have more control over your fate though. The best press your luck games seem to give you ways of hedging your bet or obtaining more information to make a more informed choice. None of this is present in Hunt … and Be Hunted.

Basically your feelings towards the press your luck genre are probably going to directly translate to your feelings about the Hunt … and Be Hunted Card Game. If you have never really cared for the genre, there is nothing about this game that will make you change your mind. Enjoy the genre though and I think you will have fun with the game. The problem with this is that the game doesn’t really have any new mechanics so I don’t know exactly what the game will add to the experience outside of the theme.

Speaking of the theme, it is pretty obvious that The Lost World Hunt … and Be Hunted was made as a way to cash in on the movie. Outside of the artwork, the game really has nothing to do with the movie. I think there is a good chance that the designer(s) of the game were basically told to make a card game based on the movie and were given little time to create it. Thus they had to resort to taking an already well established game and just pasting on the Jurassic Park theme. If you changed the name of the game and the artwork to something else, you wouldn’t even know that it was intended to be a Jurassic Park game.

As for the components they are basically what you would expect from a Parker Brothers card game released in 1996. The game just includes cards of a typical thickness. Unless you are extremely careful with the cards, they will get creased after extended play. The artwork on the cards is decent. The game does utilize hand drawn artwork instead of just taking screenshots from the movie. I appreciate this as it adds some charm to the game. The game has so many duplicate cards though where you will encounter the same humans and dinosaurs many times during the game. This doesn’t really impact the gameplay, but it does take away from the experience in my opinion.

I have been kind of harsh on the game so far. This isn’t necessarily an attack on the game as it is perfectly fine game that you can have fun playing. I had some fun with the game and I think others will as well. It is a completely solid game. The game is quite easy to play as all you really need is some basic reading skills. The game also plays rather quickly. If you don’t waste a bunch of time trying to figure out which decision to make, I think you could finish a game in around 15-20 minutes.

There isn’t a whole lot to say about The Lost World Jurassic Park Hunt … and Be Hunted Card Game. At its core it is pretty much the most generic press your luck card game that you will ever play. Basically the entire gameplay is built around deciding whether you want to take a chance and draw more cards to hopefully score more points, or if you want to play it safe and take the cards you have already earned. The game is not bad as fans of the genre will probably have fun with it. The game unfortunately has no unique mechanics though where it feels like every other press your luck game. The game relies heavily on luck. It has basically no ties to the movie either outside of the artwork on the cards.

The Lost World Jurassic Park Hunt … and Be Hunted

Recommendation: For fans of the Jurassic Park franchise that are looking for a simple press your luck card game. 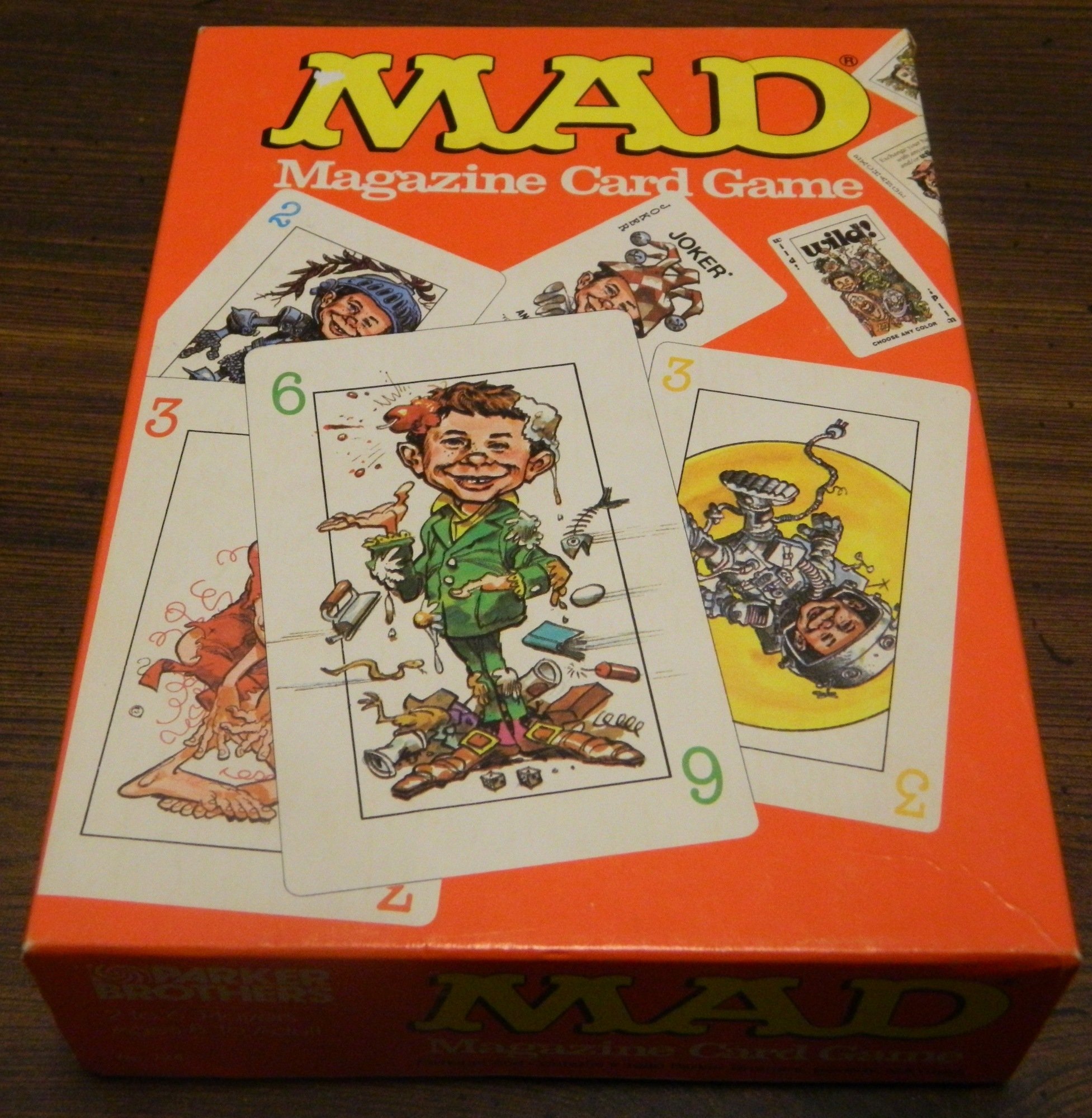 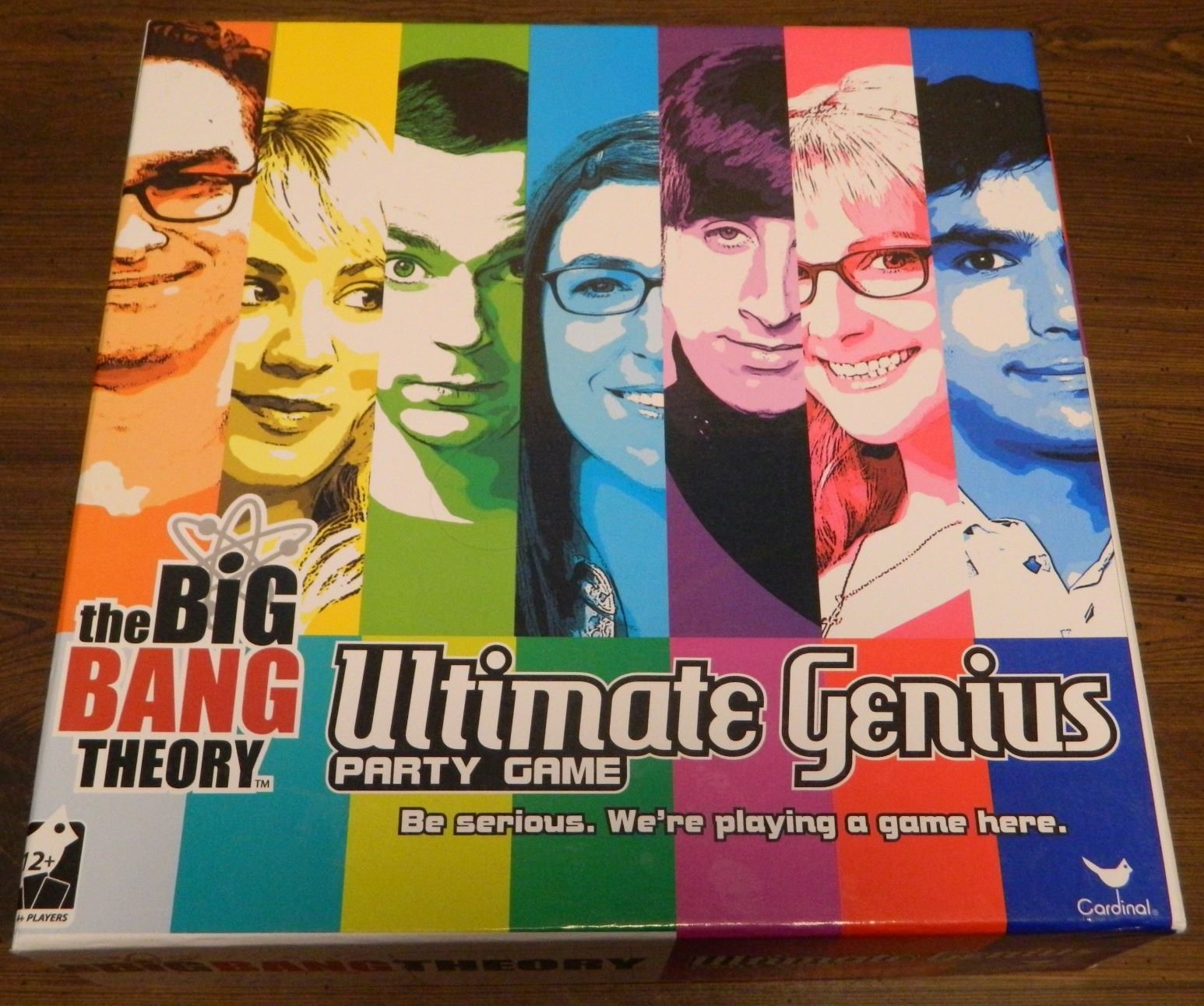 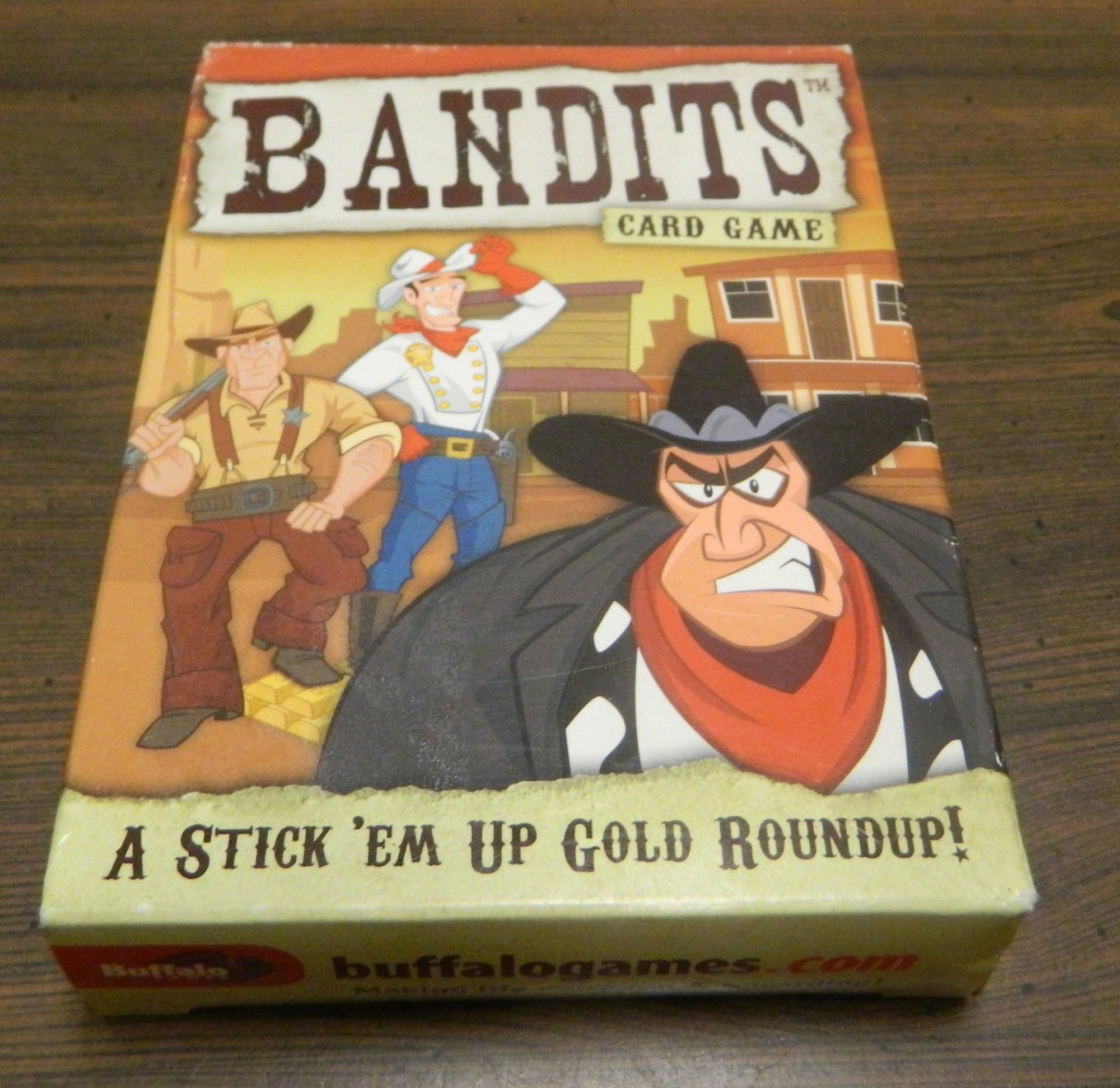 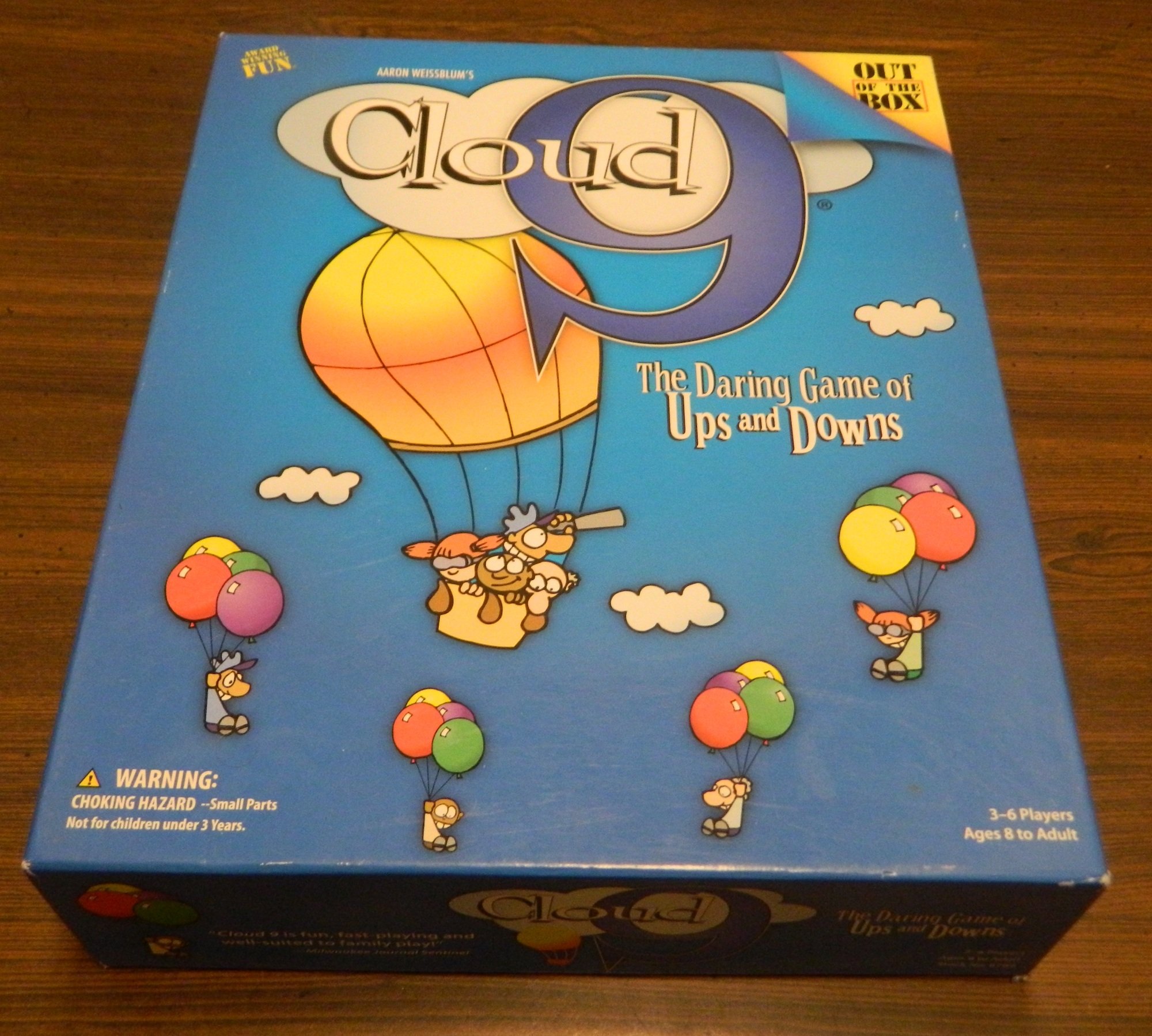