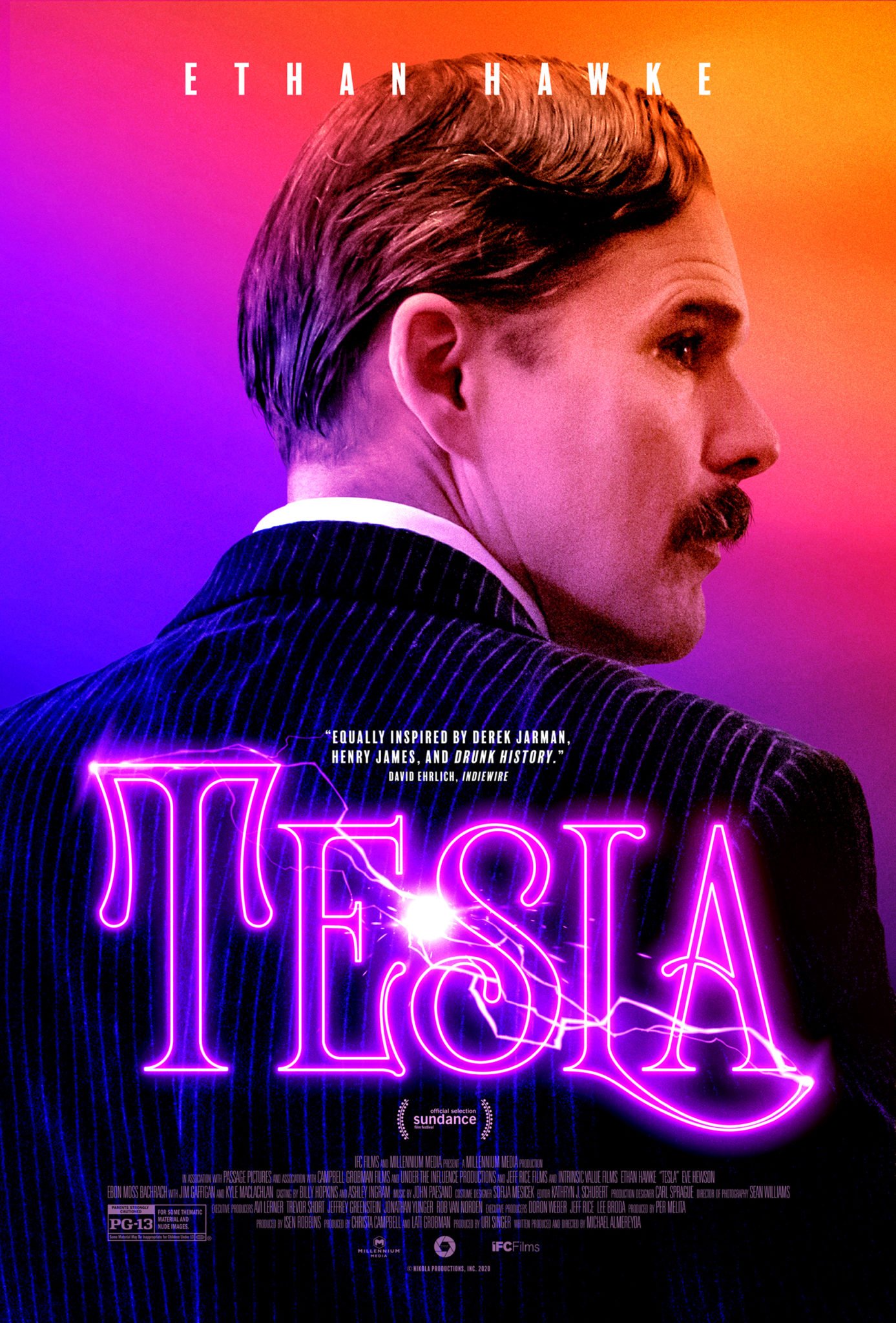 Nikola Tesla was a complicated man. Nikola Tesla’s inventions changed the world and yet he died mostly in obscurity. In recent years he has started to get the recognition that his work deserved. This includes a number of movies that have been released about his life. I am not as interested in Nikola Tesla’s life as many people, but I have always been a big fan of the true story genre. Today I am taking a look at the newest film based on his life Tesla which releases in Theaters and On Demand this Friday (August 21st, 2020). Tesla is an interesting look at the life of Nikola Tesla which at times is well done, but due to some creative choices has its share of issues.

Any regular reader of Geeky Hobbies will know that while I am a big fan of the true story/biopic genre, I am always a little leery about how accurate the films truly are. After watching any film from this genre I generally like to do some additional research to see how accurate the film is as some films are a little loose with the facts. I have to say that I don’t think I have ever seen a movie quite like Tesla with regards to authenticity. In some ways the movie appears to be pretty accurate. Many of the events in the film appear to have happened even if there is some disagreement whether they happened exactly like they are depicted in the film.

The problem is that at times Tesla doesn’t seem to know what it wants to be. Much of the time it plays like your typical true story/biopic movie as key moments of the film are reenacted by the actors portraying the characters. At times the movie appears to want to be a documentary though. Occasionally the normal flow of the movie is broken by an actor coming on screen talking about the current fame of the people you just saw. This includes such things as how many Google search results they have. This could have worked except for the fact that for some reason these facts are told to you by one of the characters that are in the story that you are watching. This can really break the movie’s immersion. This isn’t the weirdest part of the movie though as there are other times where history is clearly broken as inventions appear in the story even though they weren’t actually available during that time period. By far the weirdest part of the film is Nikola Tesla for some reason starts singing karaoke of a song that came out way after his death. This scene comes out of nowhere and makes literally no sense for the film’s story.

I honestly don’t know what to think about Tesla. There are some things that I liked, but there are other things that I didn’t really care for. I would say that the movie’s greatest strength is probably the acting. For the most part I think the acting is pretty good. I think Ethan Hawke did a good job as Nikola Tesla. I am far from an expert on Tesla so I don’t know how accurate his performance was compared to the actual person, but I thought he gave a compelling performance. I thought the rest of the cast was pretty good as well.

The main problem that I had with Tesla outside of the weird artistic choices mentioned above was that it can be kind of slow at times. I want to preface this some by saying that I watched The Current War a while ago which covers many of the same topics as Tesla. Obviously Tesla follows the story from Tesla’s point of view but I already knew what was going to happen throughout a majority of the film. The movie does address some of Tesla’s life after the Current Wars, but a majority of the movie takes place during that period of time. Even without this prior knowledge I would say parts of the movie would still have been a little slow. Tesla kind of drags at times as some parts aren’t all that interesting and the movie jumps around at times making it sometimes hard to follow.

I have conflicted feelings about Tesla. There are things about the movie that I liked and others that have issues. In many ways I don’t know if the movie knows what it wants to be. At times it is like your typical true story/biopic film. I thought these elements were pretty good. A lot of this is because the acting is quite good. Arguably the biggest problem that I had with Tesla is some of the artistic choices that were made. The movie seems to randomly switch gears as it jumps back and forth in time which includes adding modern technology to scenes that took place over 100 years ago. In addition the movie occasionally has some slow points.

Tesla releases on theaters and On Demand on August 21st, 2020.

We would like to thank IFC Films for the screener used to review Tesla.