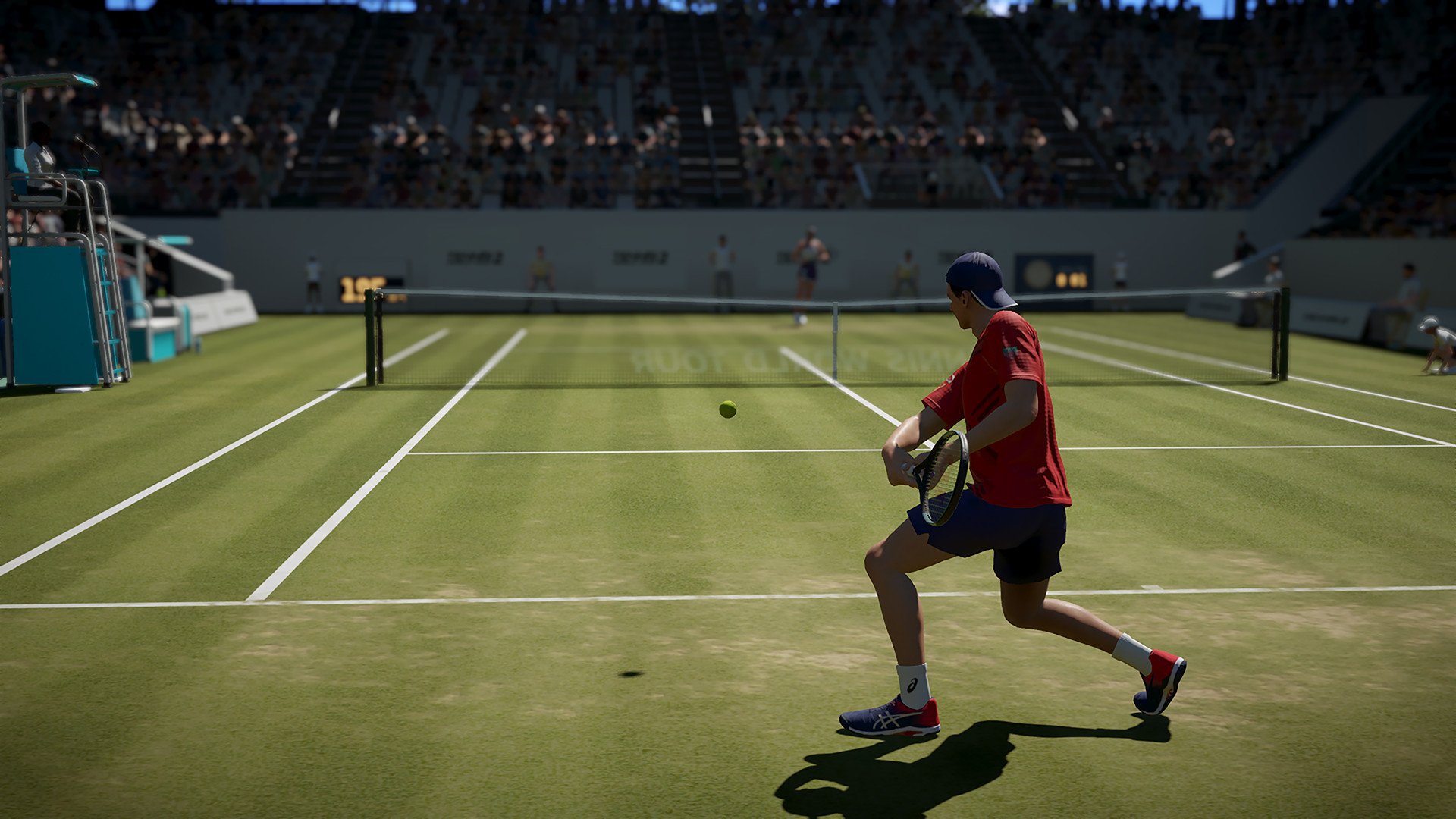 Back in the “olden days” of late ’90s and early ’00s gaming, tennis video games used to be very common and were oftentimes some of the highest rated games on their platforms. Virtua Tennis, Top Spin, and even Mario Tennis were popular and considered to be must-plays. Since then, except for maybe Wii Sports, tennis has kind of faded away in the video game world. Of course tennis games are still made periodically but none of the recent games have seen nearly the success critically or commercially that those titans once achieved. It’s a genre that’s wide open for the taking and desperately looking for its next Top Spin or Virtua Tennis. While I may not be the biggest tennis fan in the world, I probably put around a hundred hours into those fifth and sixth-generation titles when I was younger. On the other hand, I wouldn’t be able to recognize any current tennis stars outside of Roger Federer, Rafael Nadal, the Williams Sisters, and Naomi Osaka (as I could care less about the professional side of the sport). As for Tennis World Tour 2, while I wouldn’t say it is anywhere near as polished or deep as the $39.99 price tag would imply, it is a pretty good second entry in a relatively new franchise. The basics are all there, Tennis World Tour 2 just needs more development to become great like those classics were twenty years ago.

As Tennis World Tour 2 is a sports game, there’s not really a lot to write about in regards to describing the game. It’s tennis. Instead, I’ll spend most of this paragraph talking about how the game plays and the various modes included. The tennis games I remember playing (again these are now mostly 20 or so years old and I’m sure recent games are much different from them) generally involved just running to the ball and using timing meters to try to control the ball and the power you put on it. They were simple to pick up and play but due to that simplicity, also became incredibly easy very quickly. Tennis World Tour 2 feels far more skill-based (and I imagine other recent tennis games are similar) as the timing of your swing is much more important than anything else (and that timing needs to be quite precise). Most of the game feels familiar (there’s still a few different type of shots you can use, serving is reasonably similar just without the bar, etc.), its just more of a simulation and thus a bit harder. In terms of modes, there’s of course the usual exhibition matches, a career mode, doubles matches, tournaments, and online multiplayer. You can (somewhat) customize your own character and there’s also a card system that allows you to equip skill cards to help your player or hurt your opponent.

Before I get into my actual review, please note that I have played very few tennis games since the Nintendo 64/PlayStation 1/Dreamcast era (and the few I have I maybe played for an hour or so at most). This does mean that I don’t exactly have a great compass as to what recent tennis games are like and how Tennis World Tour 2 compares to them. Thus, I may not be the best reviewer to compare this with its recent competitors (including the first game in this franchise), so you may want to supplement this review with other reviewers more experienced with newer tennis games. Ultimately, I found Tennis World Tour 2 to be a perfectly fine tennis simulation game but it still feels kind of basic. Everything from the sound to the character creator feels pretty bare-boned but I also recognize that sports video game series take awhile to build everything up. It’s not like Madden, NBA 2K, or FIFA launched immediately with all the bells and whistles that are expected in today’s video games. It took several years of building on previous entries to reach the finished products they are now (and now they can simply rest on their laurels and do nothing to improve those games and still get millions of dollars in sales). It’s going to take a few years to flesh out all of the features and make this franchise the premiere tennis video game series. The only problem is that Tennis World Tour 2 is priced like its a long-running and nearly finished game feature-wise when it should probably have a more reasonable $20-25 price tag. It does have everything needed in a good tennis game, it just needs more time to make things perfect. More players, animations, sounds, character creator options, personalized celebrations for the tennis pros in the roster, and options in the career mode would all be welcome additions.

I will admit that in your first few hours it is a little hard to control the location where your shots land and you will make a lot of “unforced errors” as you learn the timing. I personally had trouble timing my shots for the first 2-3 hours but this eventually became much easier. To be honest, the only problem I’ve had with other tennis games I’ve played in the past was due to how easy they were to master so this may be a blessing in disguise. It is much more difficult to dominate Tennis World Tour 2 and because of this, it’s also more rewarding when you hit a perfectly timed and placed shot. I do realize this may or may not be a good thing depending on what type of gamer you are. I like a challenge and want to be pushed to get better so at least for me, I think this is a pro rather than a con. However, if you play tennis games for some nice simple relaxing fun, this may not be the best option for you as it does take a decent amount of skill to do well. It isn’t that long of a learning curve but there definitely is one. The first season in my created character’s career was pretty much a wash but I already started winning tournaments in my second year (so after a few hours of learning).

One thing I don’t really like is the card system in Tennis World Tour 2. I know it’s all the rage in sports games but it really doesn’t make any sense in a tennis video game. These aren’t player cards that you use to form a team of superstars, they’re skill cards that do things like improve your shots, drain your opponent’s energy, and so on (all of which makes no sense thematically). Thankfully, I believe you can only purchase them via currency earned in game and cannot purchase them directly (so no microtransactions) and you can always elect to skip them like I did (though you’ll be at a bit of a disadvantage especially if you play online).

Strangely enough this is not the only tennis game franchise made by this developer (and not even the only tennis game released by them this year). The developers also make the AO Tennis series which I haven’t checked out myself. Reviewers on Steam and elsewhere seem to be mixed as to which franchise they prefer, with some liking the Tennis World Tour series more and others preferring AO Tennis. As I haven’t played a game in the AO Tennis series, I can’t tell you which one is better.

Ultimately, Tennis World Tour 2 is a pretty well-made game that just needs a bit more time in the oven to reach the status the old tennis game titans used to claim. If the price tag was a bit lower, it would be worthy of a near blanket-recommendation for all tennis video game fans (especially those looking for a more difficult experience). As is, it’s still a good game but one that I would recommend picking up on sale if possible.

Tennis World Tour 2 was released on September 24, 2020 for PC, PlayStation 4, and Xbox One (and will be released on Nintendo Switch on October 15).