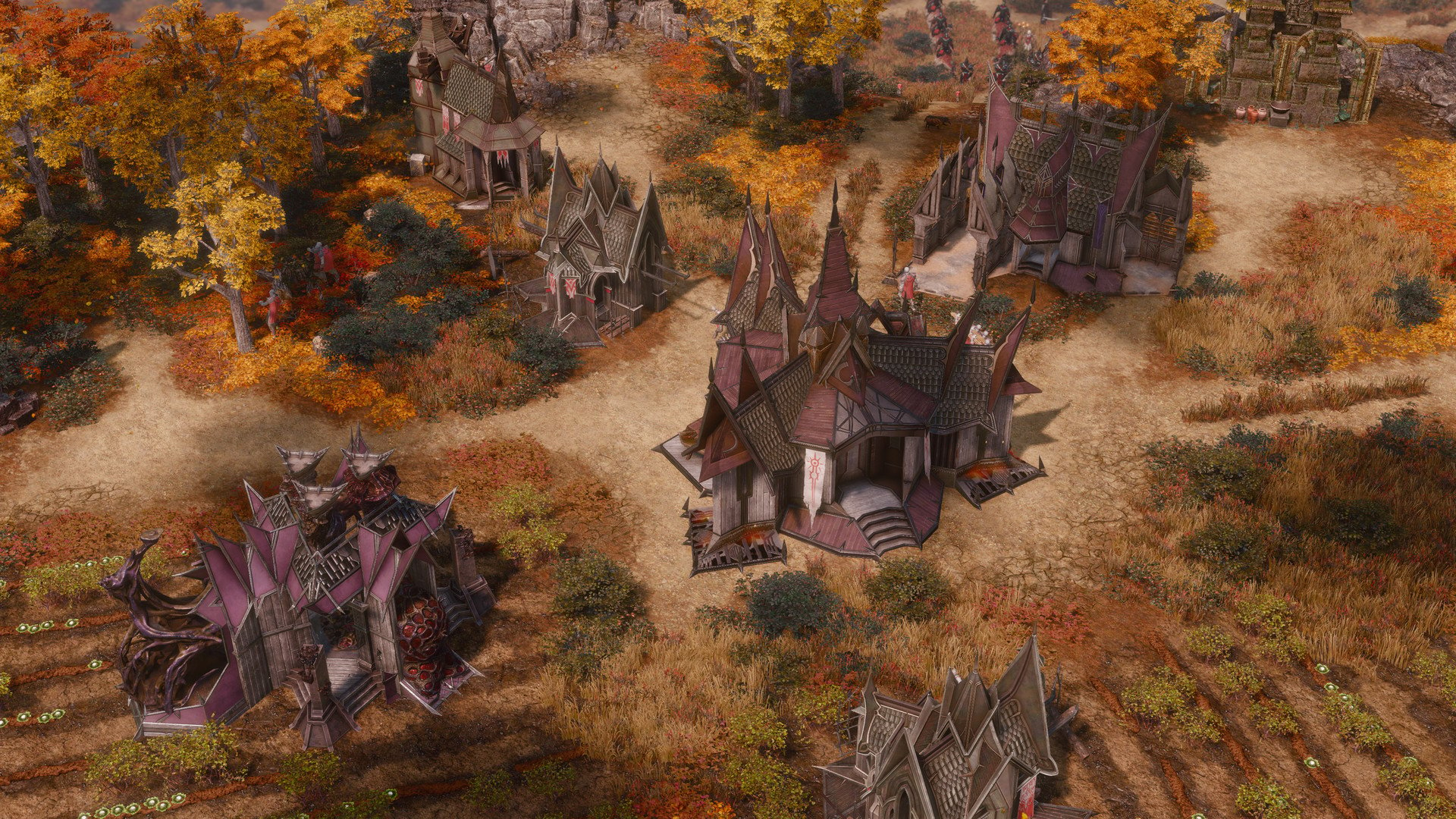 Originally released back in late 2017, SpellForce 3 was an interesting blend of video game mechanics. Combining an RPG with a RTS is a really interesting idea. Unfortunately I haven’t yet had the opportunity to play the original game. That said I was given the opportunity to check out SpellForce 3’s standalone expansion SpellForce 3: Soul Harvest. As I am a fan of RPGs and RTS games I was intrigued to see how the two mechanics would work together. SpellForce 3: Soul Harvest is a fun and unique experience that should please both fans of RPGs and RTS games.

In SpellForce 3: Soul Harvest three years have passed since the Purity Wars. You play as a disgraced general that has gone into exile. The Queen calls you to return to your homeland though as things are not as peaceful as they appear. The Dwarves are fighting among themselves putting their realm in danger. A cult of Dark Elves are also harvesting souls for an unknown reason. You must gather your allies together in order to try and prevent a catastrophe that threatens the world.

So the main reason why I was intrigued by SpellForce 3: Soul Harvest is that I thought the idea of combining a RPG with a RTS was a really interesting idea. Ever since I was a kid I have been a fan of the RTS genre while also enjoying RPGs. I was curious how the two mechanics would work together though. I have to say that the two mechanics work surprisingly well together. At first I found the combination kind of strange but it makes sense when you think about it. In most RPGs you play a military leader/hero. It makes sense that you would occasionally control troops which is where the RTS mechanics come into play.

So let’s begin with the RPG mechanics. The RPG mechanics are pretty typical of the genre. You control a group of heroes. Each hero in the game has two specialties which dictates what type of combat they utilize (melee, ranged, magic, etc.) and what special abilities they have access to. You use your heroes to explore areas and fight enemies to complete various missions. This rewards you with experience which you can use to upgrade your abilities. You will also acquire gold and equipment which you can equip your heroes with in order to improve their skills. Basically if you have ever played an RPG before you should have a good idea of what to expect from this aspect of the game. SpellForce 3: Soul Harvest doesn’t really revolutionize the genre, but it doesn’t really need to as it does a good job with what it already has.

I would say that the biggest issue that I had with the RPG elements of SpellForce 3: Soul Harvest are mostly attributable to me not having played the other games in the series. When the game starts up it does bombard you with a lot of choices and information that is kind of hard to process. I think this is partially due to the game giving you quite a few customization options. You can either spend quite a bit of time trying to process it all or you can kind of wing it and learn as you go. As you start playing the game you will start to adjust.

As far as the RTS mechanics they are similar to your typical RTS game and yet different at the same time. At its core the gameplay is the same as you gather resources to create buildings, purchase upgrades and train troops. You then use those troops to try and defeat your enemies. The one area where the RTS mechanics differ quite a bit is in the resource gathering. I have played quite a few different RTS games and yet I haven’t seen another game handle resource gathering in the same way as SpellForce 3: Soul Harvest. Basically the whole map is broken down into different sections with each section controlled by a “command center” of sorts. Instead of creating worker units to gather resources and build buildings, the game has workers reside in the command centers that are sent out to do tasks. These workers are used to build buildings and gather resources. In order to receive more workers you need to either purchase upgrades or build buildings that will increase the total. I think this is an interesting idea but it did add a learning curve to the game.

On the story front I think the game does a pretty good job. Despite not understanding everything that the characters talk about (due to not playing the other games in the series), the story is interesting. The game appears to have a detailed lore and it does a good job building its world. The story takes your typical fantasy storyline and tweaks it to create a unique story. On top of it all the story is helped by the game’s voice overs. All of the dialog in the game is voiced and the voice overs are good. While I have only played a portion of the game, I am interested in seeing where the rest of the story will go.

The game’s visuals do a fantastic job supporting the game’s story as well. For an RPG/RTS game I have to say that I was honestly surprised by how impressive the graphics are. Despite the camera being zoomed out, it was still stunning how much detail there is in the game world. The only real complaint that you could have with the visuals is that the game seems to be pretty taxing on computers. I didn’t encounter any issues, but I was playing the game on a computer quite a bit above the recommended settings. If you have a computer closer to the recommended settings though you may encounter some issues.

Before wrapping up I wanted to quickly talk about the fact that SpellForce 3: Soul Harvest is technically a standalone expansion pack. If I hadn’t known better I would have thought it was a sequel to SpellForce 3. I have only played a fraction of the game but it appears to have quite a bit of content. The game’s story is supposed to be around 20 hours long. The game also includes two new factions to be used in multiplayer. For an expansion I don’t think there is much more you can expect.

Overall I had fun with SpellForce 3: Soul Harvest despite not playing the original SpellForce 3. What initially intrigued me was the combination of a RPG with a RTS. Despite being two distinct genres, they work surprisingly well together. The RPG mechanics aren’t particularly original but they work quite well. The RTS mechanics might not be as detailed as a traditional RTS but they are unique and fun. When you add in the interesting story and fantastic graphics SpellForce 3: Soul Harvest is a fun and engaging experience. The game can be a little overwhelming at times though. With all of these mechanics working together the game requires players to keep track of quite a few things at the same time.