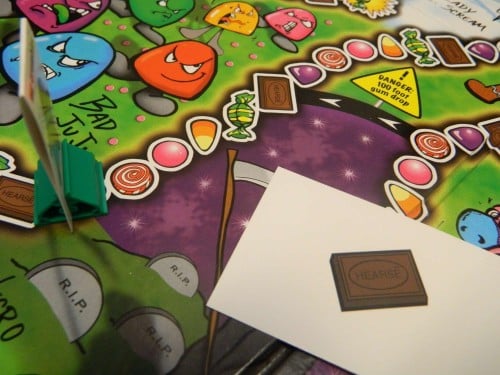 In this scenario the green player drew a chocolate bar card. They would move their piece to the next chocolate bar space on the game board. 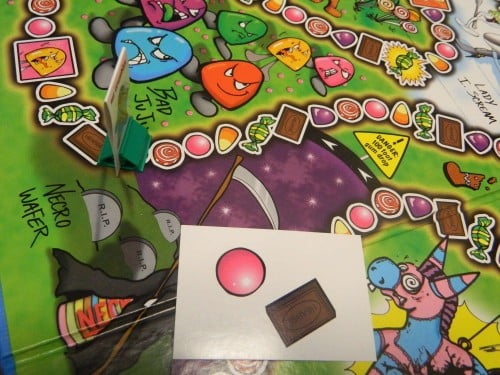 In this situation the player drew a card featuring two pieces of candy. The player is likely going to want to move to the candy bar first and then the bubblegum since it would allow them to move more spaces. 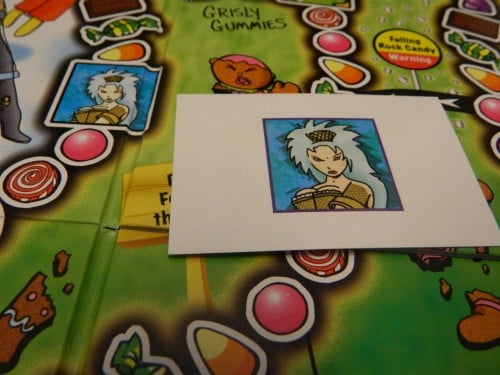 The player has drawn this card featuring the blue haired woman. The player who drew the card would move their piece to the corresponding space on the game board. 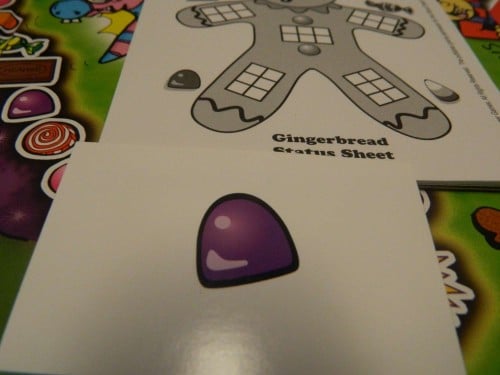 During combat the purple gumdrop card was drawn. The player that was attacked would cross off one of the boxes in the gumdrop section of their gingerbread man. 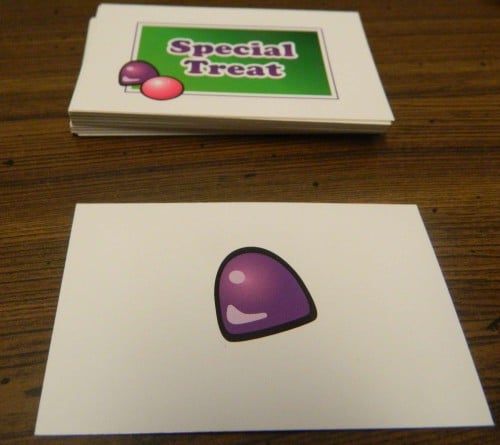 During setup the players drew the purple gumdrop. This means that whenever a player draws a single purple gumdrop card during the game they will get to draw a special treat card. 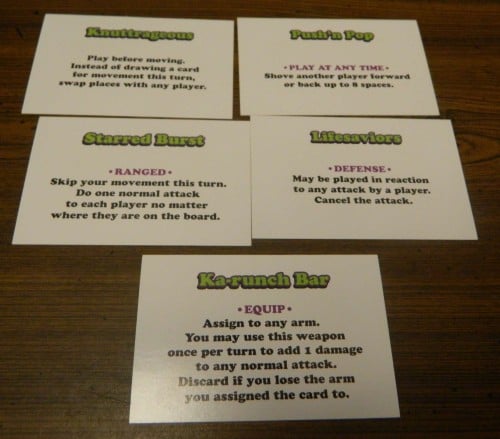 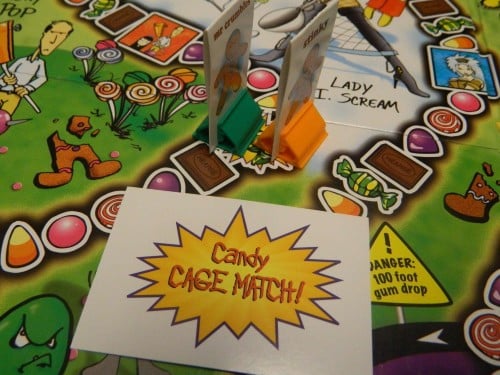 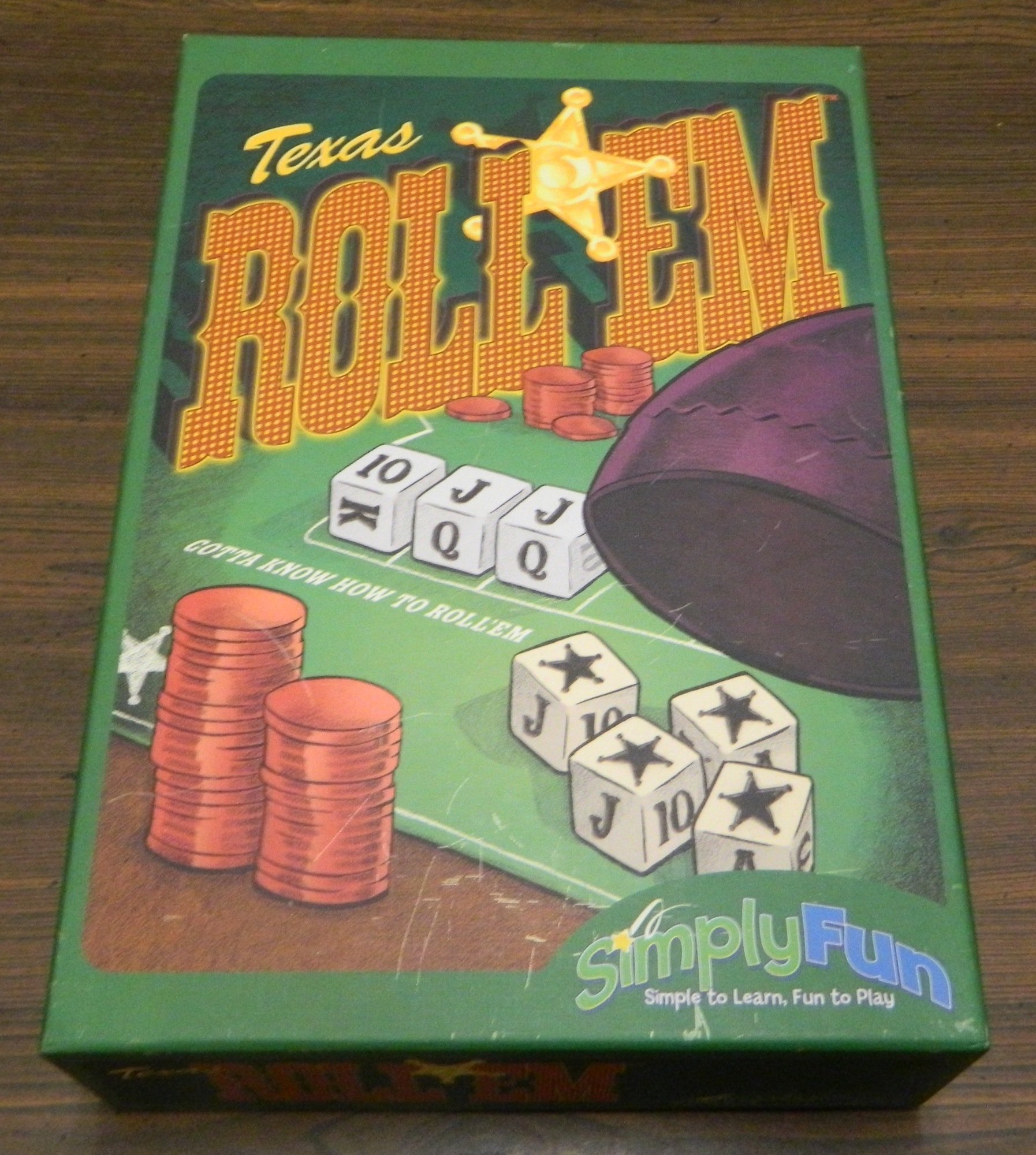