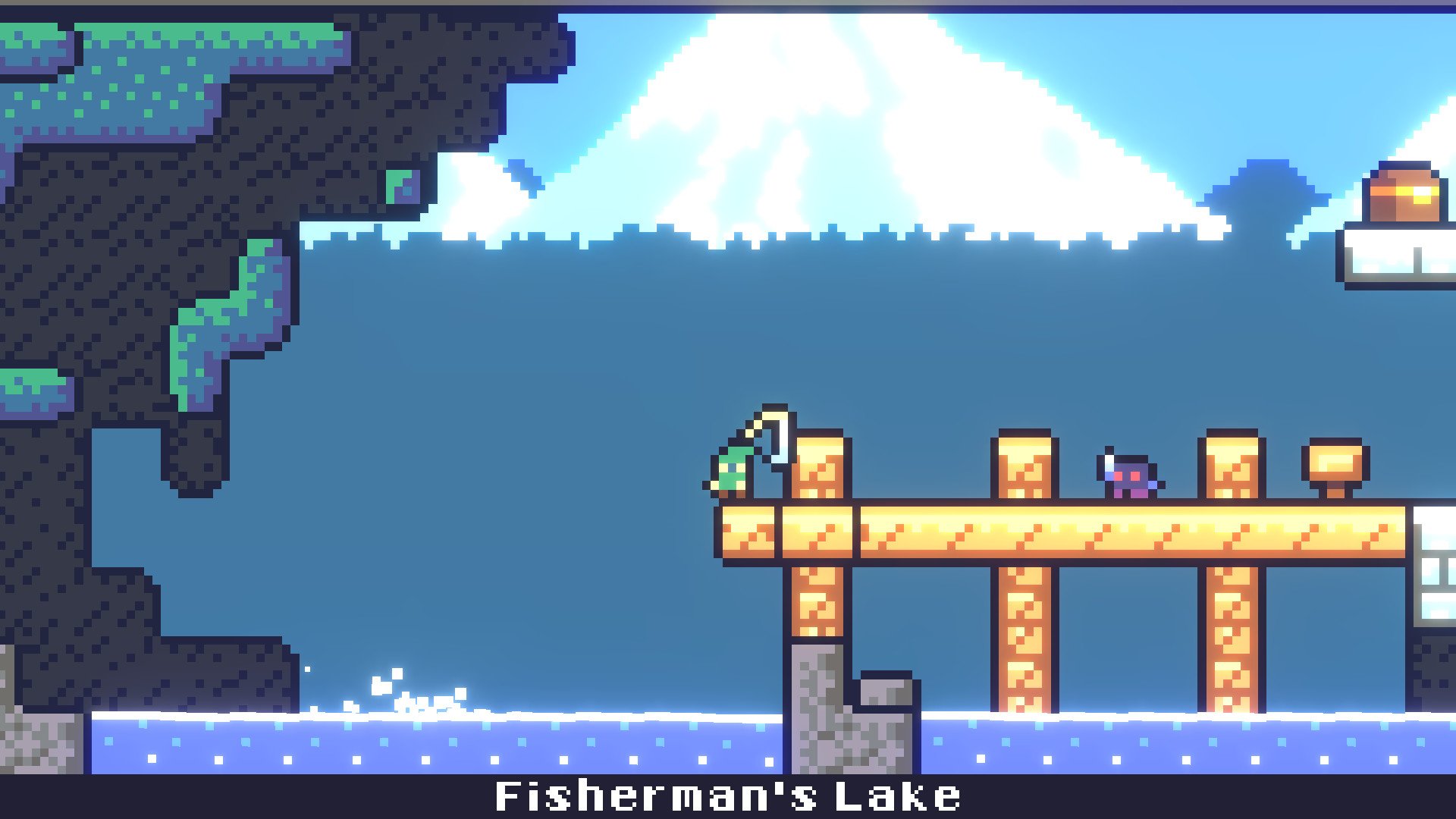 In Reventure, your average run will last two or three minutes tops. This isn’t because the game is an outrageously difficult one that will kill you in minutes or a score-based arcade game that only lasts a few minutes per play. It’s actually an adventure game and it’s specifically designed that way. The point of Reventure is to discover the 100 endings the game has (most of which result in your death), learning from trial and error how to actually get to the Princess and save her. You’ll trip over a rock and die, accidentally murder multiple people with your sword, and eventually find the path that leads to victory. If you somehow know which path to take, you could probably save the Princess and “beat” Reventure in 5-10 minutes. Unless you read a guide though, that won’t happen. Even if you do, you have the 99 other endings to unlock before this game is truly complete.

Reventure is a comedic game at its heart, parodying video game tropes and the odd things we all do in games that we really shouldn’t. If there’s a dumb or odd thing players do in video games that would be a bad decision in the real world (smash all the pots, jump off cliffs expecting to take no damage, or swing their sword around wildly), you’ll probably die to it in this game. And the game will poke fun at you along the way. Each ending has a small little cut scene with some lighthearted jabs at your character (“Seriously, why would anyone willingly go into a large septic pipe? or “It’s dangerous to be around Tim.”). Some of these are hilarious and most of the rest will get at least a chuckle out of most players.

While the game is very short if you know what you are doing, unless you read a guide that isn’t going to happen. This game requires a lot of trial and error to even beat the game, nonetheless 100% it by finding all of the endings. The world isn’t particularly big for an adventure game but with pretty much everything in the world out there to kill you, you will have to restart dozens to hundreds of times before you get the true ending. There’s still plenty of places to explore, many items to acquire to help you on your journey (but don’t be greedy or you’ll face the consequences), and endings to unlock. Luckily, the game was kind enough to include hints you can acquire in-game to help you find all of the endings. Without this or a guide Reventure would be a very difficult game to 100%, but these hints are often very helpful in pointing you in the right direction.

One thing I love about Reventure is that it rewards curious gamers (those who try everything to see what will happen), though usually with a hilarious death. However, in this game death is actually a good thing as it usually unlocks a new ending and since you are “collecting” them in this game, it’s how progress is actually made. The game is mostly about exploring the world to see what you can and can’t do, picking up more and more of the correct path as you go. It’s a trial and error kind of game. You will have to repeat the same steps over and over again but thankfully there are also some shortcuts built into the game that can save you some time. For example, there’s an ending that moves the sword to your starting house, meaning you don’t have to go get it every time (saving you about 30 seconds per run if I had to guess).

Another neat thing about Reventure is that your character and world changes based on some of the endings. Your character’s sprite changes nearly every time you die (sometimes you even change characters) based on how you lost or died. For example, if something heavy fell on you, your sprite will now “crawl.” Also, this world apparently never cleans up certain corpses and there’s other smaller additions to the world you can unlock with certain endings.

One thing that I’m not happy with this game is the inclusion of jump scare endings. Jump scares make sense in horror games or others where you can kind of expect them. In a game like this, it makes no sense and could legitimately give someone a heart attack or at least doom them to a sleep full of nightmares. Thankfully, I haven’t hit any of these yet but I have watched them on YouTube. Visually, they’re fine. Volume wise, they aren’t. As a self-professed scaredy cat, if I didn’t know about these beforehand I would have been scared out of my mind due to the volume on these. I’m not a fan of random scares in otherwise non-scary games but there’s an easy fix here. If the volume was lowered in half, these endings would be more funny than scary which is what the game should be shooting for anyway. If you don’t like jump scares but are otherwise interested in this game, I would recommend you watch those endings on YouTube so you know when to expect them as that should help make them more palatable so you don’t jump out of your chair when you get them.

Reventure is a unique game that will make you laugh out loud several times with some of the endings you’ll get. It isn’t a super deep game mechanically (it’s just a really simplistic adventure game), but that’s not really the point of the game. The game is more of a comedic/parody game that pokes fun at video game tropes and contrivances. Overall, I enjoyed Reventure and do look forward to unlocking the other endings (except for those jump scare ones) but it’s more of a 3.5/5 kind of game, not an absolute must-play. If you enjoy games that make you laugh though, it’s probably worth a look. The game is reasonably priced at $7.99 for 5-10 hours of gameplay if you go for all of the endings.