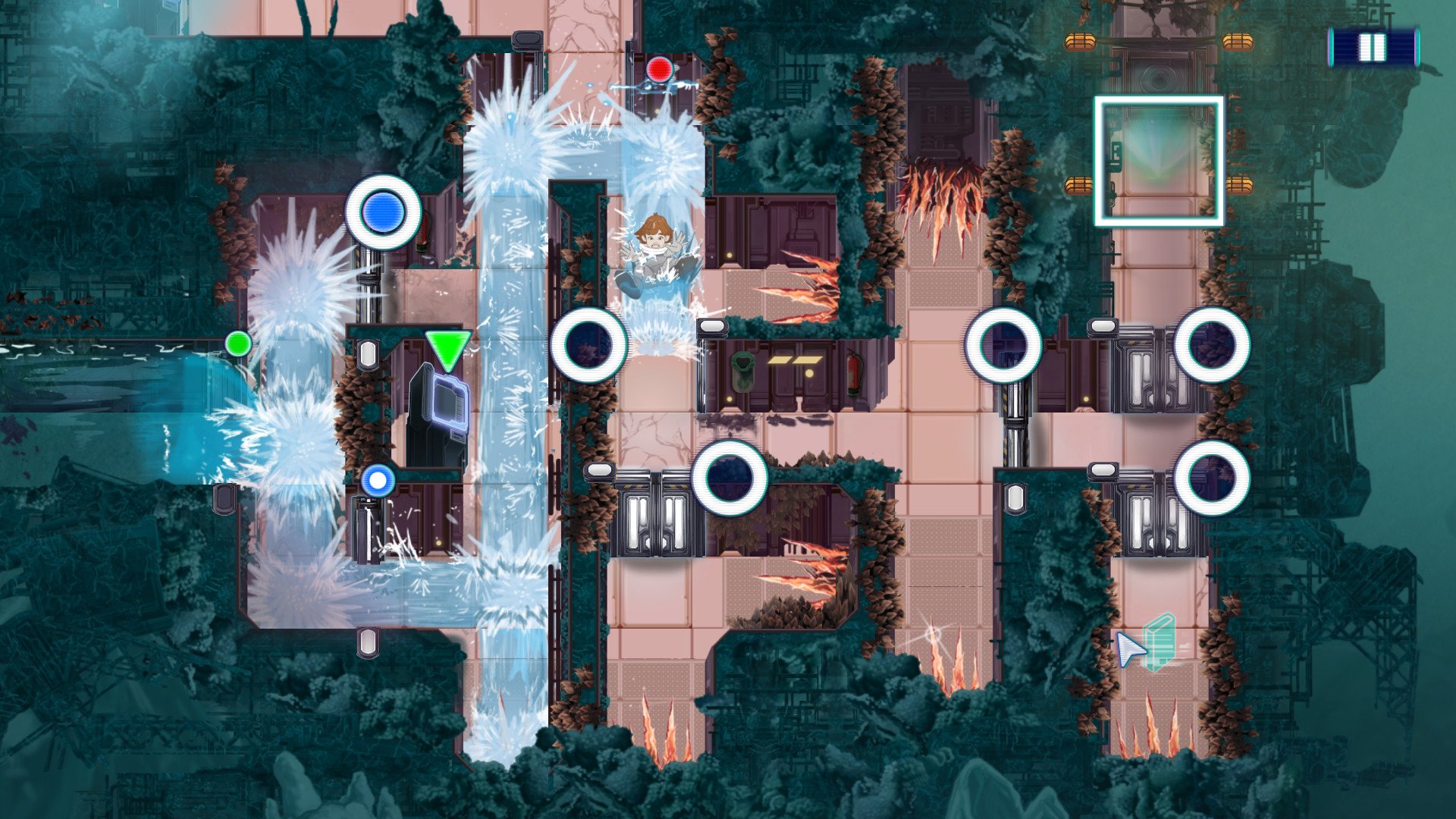 Around a year and a half ago I took a look at Professor Lupo and His Horrible Pets. For those unfamiliar with the game it was a puzzle game where the basic objective was to reach a designated space on a grid. The catch was that there were killer creatures standing between you and the exit. You needed to use doors, switches, gadgets, and knowledge of the creatures’ attack patterns in order to find a safe path past them to the exit. I enjoyed the original game as I thought it did a really good job utilizing its mechanics to create challenging and satisfying puzzles. I enjoyed the game and was curious if it would eventually get a sequel. A little over two months ago Professor Lupo: Ocean was released on PC and today the game made its debut on Nintendo Switch. As I enjoyed the original game, I was excited to see what the sequel had in store. Professor Lupo: Ocean is basically what you would expect from a sequel as it expands on what made the original game great while also adding in a few interesting new twists.

Professor Lupo: Ocean takes place a number of years after the events of Professor Lupo and His Horrible Pets. In the game you wake up as a young woman who has lost all of her memories. She must act quickly though as she is on a spaceship that is quickly taking on water. Along with the ship’s A.I. and a stranger’s voice over her comms she must find a way to prevent further damage to the ship while also escaping herself. Standing in her way though are a number of creatures who have adapted over the years to their new environment.

For those of you who have played the original game, Professor Lupo: Ocean should be quite familiar to you. The game was built around the same mechanics as the original game since the basic gameplay hasn’t really changed. The objective is still to try and find a way to the exit which involves finding a way around the killer creatures that stand in your way. Some of these creatures are the same as the original game while others have evolved in the time between the two games. Basically each level comprises a grid of interconnected rooms. You will move your character around the stage opening doors, activating switches, and manipulating how the creatures react to you in order to open a path for you to the exit. If you want more of a challenge you can also try to complete some of the optional objectives which mostly involve picking up objects.

The one major addition to Professor Lupo: Ocean comes from the fact that your ship is submerged in water. This adds a few twists to the game. Whenever you open up a door that has water behind it, the water will come pouring out in a stream which will push you or any creatures it runs into in a straight path. This will continue until water completely fills up the room. Thus all of the rooms in the game will be in one of two states: filled with water or dry. Creatures will react to these different states in different ways. You will need to use these different states in order to further manipulate the movement of the creatures.

Lets move onto those people who haven’t played the original game. Basically your opinion of game is likely going to depend on whether you are a fan of puzzle games. If you have never cared for puzzle games I don’t really see Professor Lupo: Ocean appealing to you. The game isn’t particularly action packed. There are some puzzles that rely on somewhat precise timing, but your success will usually depend on whether you can figure out the solution that the level designers came up with. This sometimes relies on some trial and error, but it usually involves figuring out how to manipulate the movement patterns of the various creatures. If this sounds interesting to you, I think you will really enjoy the game.

Professor Lupo: Ocean is pretty much exactly what you would expect from the sequel to Professor Lupo and His Horrible Pets. The sequel basically takes the original game and creates new puzzles utilizing some new creatures and mechanics. I thought it did a good job expanding on the original game. The puzzle design is still great as you have to think carefully about how to manipulate the various creatures in order to progress. The main objective for most levels are somewhat easy, but the optional challenges require some clever thinking in order to complete. The main new addition to the game is the water mechanic. I liked this addition as it adds some new elements to the game as well as giving players new ways of manipulating creatures. Professor Lupo: Ocean is considerably shorter than the original game, but it is still a good sequel to the original game.