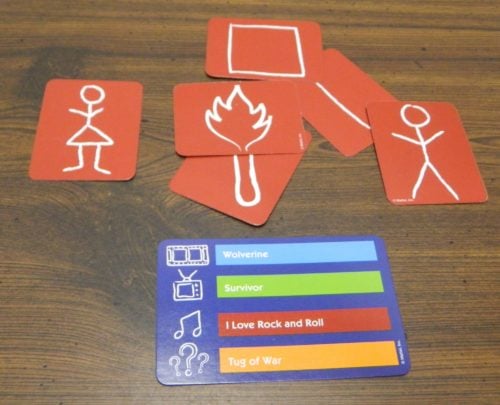 For this round the red picturist used their picture cards to act out the television show Survivor. 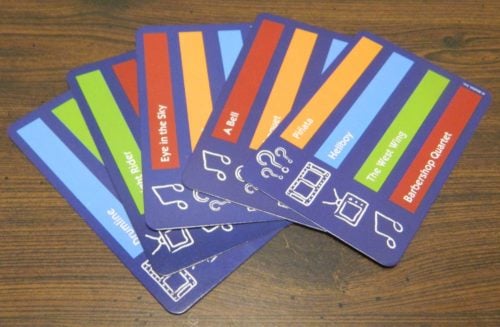 This team has acquired five cards so they have won the game.