While quite popular, UNO is one of those games that people have wildly differing opinions on. A lot of people enjoy the game while many others hate it. While UNO relies on a lot of luck and is quite basic, there has always been something that I really enjoyed about it. I bring this up because today’s game Pepper reminded me a lot of UNO as soon as I began playing it. I was interested in checking out the game because it shares a similar core to UNO but with some twists. Pepper has some interesting ideas that unfortunately don’t really work which leads to a pretty boring experience.

How to Play Pepper

The player who the card was played in front of will play next. This player has two options for what they will do on their turn.

Their first option is to play one of the cards from their hand. They can play this card in front of any of the other players. When choosing which card to play the player has two options. 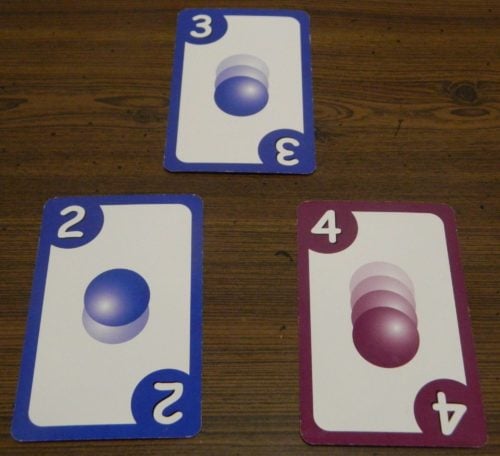 If a player has a card that they can play, they can choose not to play it and instead choose the second option. If the player plays a card, the player they play the card against will take the next turn.

The second option for the player is to pick up all of the cards in front of them and add them to their hand. The player will then play one of the cards from their hand in front of another player. This card can be any card and does not have to be higher or match the color of the last played card. The player that the card is played against will take the next turn. 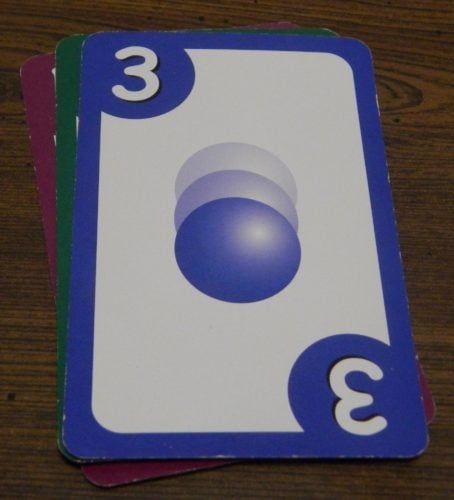 When a player plays their last card they have a chance to win the game. The player that they played the card against has the opportunity to respond by playing a card from their hand. If the player is unable to play a card without picking up the cards in front of them, the player who played their last card wins the game.

If the player is able to respond by playing a card from their hand, the player with no cards left in their hand does not win the game. Note: At this point the official instructions don’t specify what is supposed to happen. I am assuming that the player who played their last card waits until another player plays a card against them. Since they have no cards to respond with, they are forced to pick up the cards from in front of them.

My Thoughts on Pepper

I began this review by talking about UNO. While the two games are not exactly the same, they actually do share quite a bit in common with one another. In UNO the objective of the game is to get rid of all of your cards by matching the number/word or color of the previously played card. In Pepper things are similar as you need to play a card that either matches the color or is higher than the previously played card.

As the two games share a similar concept, it shouldn’t surprise anyone that it is quite easy to play Pepper. As it only has a couple rules you can explain the game to new players in just a few minutes. While Pepper has a recommended age of 8+, I think younger children could play the game as it is pretty straightforward as long as you can count to six and know your colors. Just like with UNO, Pepper is the type of game that should work well with people that don’t generally play a lot of board/card games.

With the game being so simple it is not surprising that most games of Pepper should play pretty quickly. As each player only has five cards and no new cards are added during the game, there is a limit on how long the game can take. I would expect most games to only last around five to fifteen minutes. You can occasionally get into a situation where you get into a loop though where a game can take quite a bit longer. This doesn’t seem to happen often though. With how quick the game is to play, Pepper should work pretty well as a filler game for when you need a break or don’t have a lot of time. With how small the case is I can also see it working well as a travel game.

While the core of Pepper shares quite a bit in common with UNO, there are a couple areas where the two games differ which have a pretty big impact on the gameplay.

Probably the biggest difference is the fact that you are playing cards against an individual player instead of a center pile. This means that there is no specified turn order in the game. Whoever the last card was played against will get to play the next card. Therefore turn order can jump all over the place. You could even get two players that keep playing cards against one another keeping the other players out of the game. While likely rare there is even a chance for a player to not even be able to play a card in the entire game.

Choosing who to play a card against actually creates a memory mechanic for the game. While the game doesn’t require you to memorize the cards in the game, Pepper rewards players that are able to remember which cards the other players have. As there is a set group of cards used for each game, after a while it will be possible to know and remember all of the cards in the game. If you know what cards each player has you know which players will be able to respond to the card you plan on playing. This is especially important for players who only have one card remaining. Before you give them the opportunity to play their last card, it would be helpful to know if they have another card of the same color or a card with a higher number. If you know what the last card the player holds is you know if you can safely play a card against them. If you don’t know what card they have, you are taking a risk that they will be able to play their last card and win the game.

The other main area where Pepper differs from Uno is in what cards you are able to play. In UNO you have to specifically match the number or color. Meanwhile in Pepper you need to either match the color or play a higher card. Forcing players to play higher cards has some interesting effects on the gameplay.

There are actually some interesting decisions to make regarding which number you should play. Low cards are easily the worst in the game. They are the hardest to get rid of so you usually will want to play them as quickly as possible just to get rid of them. At the same time though they are the easiest cards to respond to meaning you are making it easier for the next player to play a card. When you have several cards that you can play there is an interesting decision to make. Get rid of one of your low cards which are harder to get rid of but increase the odds that the next player will also be able to play a card. Otherwise you could play a high card making it harder for the next player to play a card which could force a player with only one card to pick up all of the cards from in front of them.

At this point it might seem like I actually really liked Pepper. The game has some interesting ideas packed into a simple card game. The problem is that none of the mechanics work as well as they should. While the game has some strategy, it usually devolves into players passing cards around until one player makes a mistake allowing one of the other players to win. This leads to a pretty boring game. It just feels like the game is missing something. There are good things in the game, but they just don’t combine into a compelling card game.

Despite having more strategy than you would initially expect, Pepper still relies on a lot of luck. Card draw luck matters in the game as low cards are clearly worse than high cards. Having a good memory will help as you can make educated guesses on who to play cards against. If you don’t know what cards another player has though you are just randomly guessing who to play a card against. Then there is the fact that you don’t even have any control over when you will even be able to play a card. If none of the other players play a card against you, you won’t even have a chance of winning the game.

On top of this the components aren’t anything special. I appreciate the game’s small size as the tin is no larger than it needs to be. This means that the game doesn’t take up much space and will work well while traveling. The cards themselves are nothing special. The cardstock is pretty typical. The artwork is pretty basic and kind of bland. The cards serve their purpose but don’t do much more.

Should You Buy Pepper?

Pepper is a curious game. It ends up sharing quite a bit in common with games like UNO including its simplicity and how quick it is to play. Even the basic gameplay between the two games is pretty similar. Pepper differs from UNO in two keys areas though. First you play cards against other players directly which determines who gets to play next. You also have to play a card that matches the previous card’s color or has a higher number. These two mechanics add some interesting strategy to the UNO format while rewarding players that have a good memory. Unfortunately the mechanics don’t really work. The game relies on quite a bit of luck and is just kind of boring.

If the premise doesn’t really interest you or you don’t care for simple card games like UNO, Pepper is not going to be for you. If the premise does interest you though, you may or may not like the game. I found the game to be pretty boring but your opinion may differ. If the game sounds interesting to you and you can get a good deal on it, it may be worth picking up Pepper.

If you would like to purchase Pepper you can find it online: Amazon